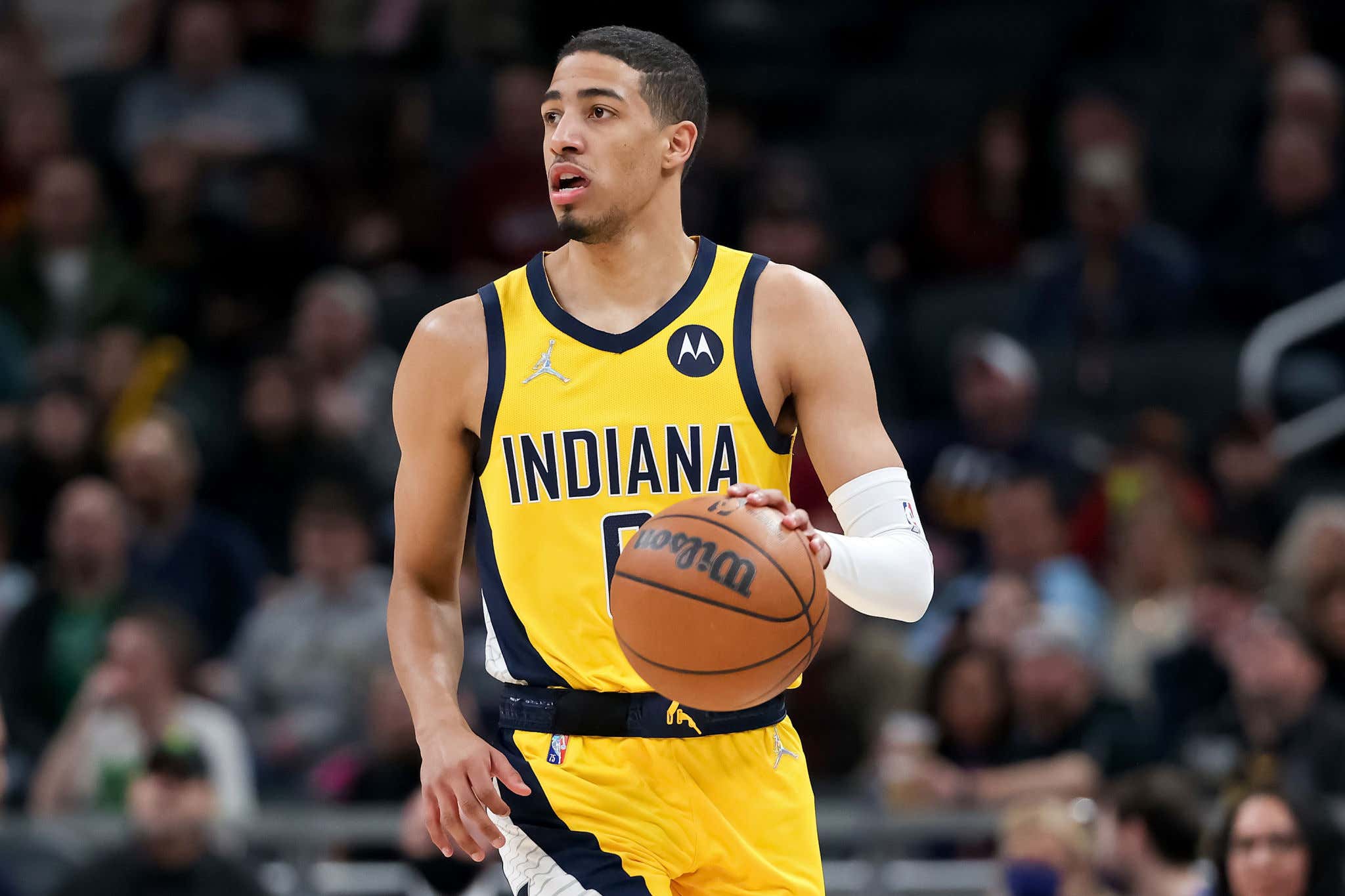 There were a lot of surprises on the February 10th NBA Trade Deadline, but for my money, nothing comes close to what we saw with Tyrese Haliburton. Sure the Harden/Simmons trade might have been the biggest headline, but no trade creatived a collective "what the fuck?" moment from the collective basketball world than the Kings sending Haliburton and Buddy Hield to the Pacers for Domantas Sabonis. Even in the days since, it still feels wild.

If you were wondering what life was like for Haliburton, he told us in a Player's Tribune post.

I highly recommend reading the entire thing. You have to remember what type of person and player we're talking about here. It's impossible to be more "in" on the Kings than Haliburton was, and considering he's really really good at the age of 21, that feels like it should have mattered

and then about a month later…

I don't mean to rub salt on the wounds of any Kings stoolies that are maybe reading this blog. I feel for you. But as I went through his Player's Tribune post more and more parts stood out

None of us could believe I was actually going to be leaving. I guarantee that if you had taken a poll of our locker room that morning and were like, “Which guy on this team most wants to be in Sacramento long-term” … everyone would’ve said me. And I think that’s what all those tears and emotions were about, at the end of the day.

Like I said, impossible to be more in on the Kings than Haliburton was. That's tough.

I really, really, really was all in on Sacramento. And I wasn’t shy about it. I would tell people, straight up, “I want to be that next C-Webb for this city.” That was my whole mindset. I wanted to become one of those players who got drafted somewhere and built a legacy — on and off the court. I wanted to become someone the people of Sacramento knew was in their corner.

The crazy part is, I think he was well on his way to doing just that! The perfect balance of really great talent and a love for a city and franchise you haven't really seen since prime Boogie if we're being honest.

More than anything, though, right now it really does just feel good to be wanted. And I can’t thank the Pacers enough for their belief in me. I’m humbled to have been traded for an all-star player like Domantas, and I fully understand that this team wouldn’t trade away a player like him for someone to just come in and be so-so. I feel like I was brought in to be a part of the core of this Pacers team going forward, and to work like hell until this team is back where it’s accustomed to being.

Something tells me getting a highly motivated Tyrese Haliburton is going to work out just fine. All you have to do is see his first two games

Maybe this trade ends up being a situation where both teams "win". A lot of that will depend on what Sabonis chooses to do with his future, and that's honestly a toss up especially if the Kings continue to miss the playoffs. For the Pacers, they now have their point guard of the future and someone who could grow into being the face of the franchise. Something tells me he's going to buy into being a Pacer the same way he was in on being a King, and that dude was pretty damn good.