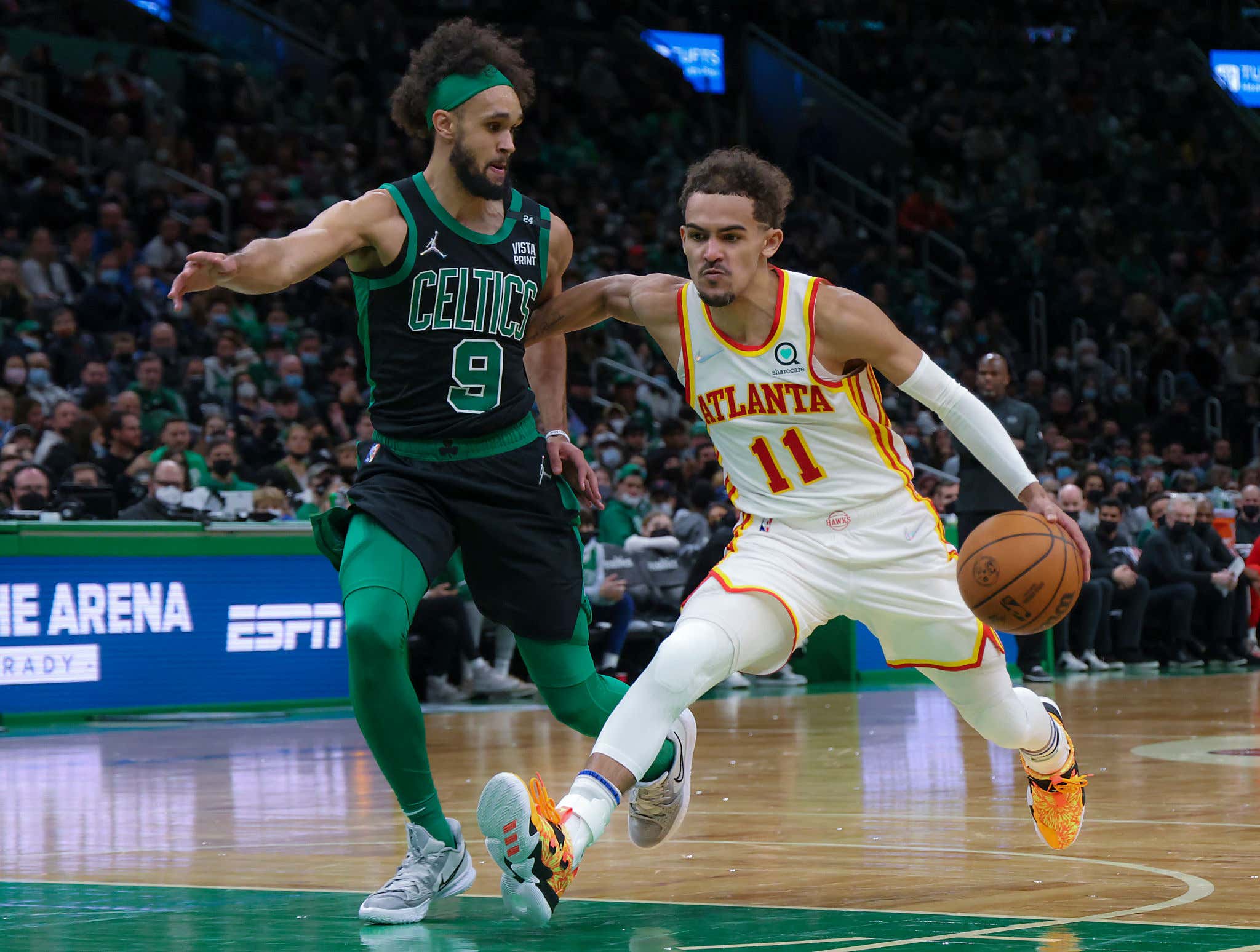 One of my favorite day after traditions is waking up early and firing up the NBA Matchup stats from the night before. Given the new look this team has and the type of wins they were able to snag over the weekend, I was very excited to do this. Unfortunately, NBA.com was fuckin up when it came to their matchup data. They refused to post it. Me, knowing how good they were going to look given how the games went became very frustrated.

Well, I have good news. Everything is finally out. Now here's the thing with NBA's tracking data. You need to take it with a grain of salt, even when the numbers are utterly ridiculous and fit out agenda. It's not an exact science, but it gives you an idea of how players did so you can make informed opinions. While I wanted to see the numbers of Rob vs Jokic (20 possessions, 4 points) and how Tatum did against Young (8 possessions, 3 points), what I truly wanted to see was the new two headed monster of Marcus Smart and Derrick White. It's been two games and we know how the overall lineup has performed, we just talked about it this morning. They have just 15 minutes together as a group so the overall numbers are a little inflated, which is why I was so curious about the individual matchups of each.

We know Smart is playing at an All NBA Defensive level. He shuts down every single player he faces, regardless of team. That sample size of 58 games is large enough to buy in what he's doing. What a bounce back year for Smart this has been on that end if we're being honest. He's fully healthy and look at the difference. There was big time regression last year and it's fair to wonder how much of that was due to his calf injury. You look across the East right now, and if you have any sort of dreams about putting together any sort of run, you're going to need elite perimeter defense. That's just a fact.

If you are a team that has holes defensively on the perimeter, life is going to be very hard for you once things slow down in the playoffs and everyone tries.

It makes you wonder if Brad knew this, and that's why he was comfortable paying the price to bring in Derrick White. It wasn't without risk, it didn't solve their #1 glaring issue, but look at that list again. No matter what seed you end up getting, you're going to be challenged with stopping some elite perimeter players. Beefing up your defense in that area feels like a pretty important decision.

OK, so let's get into the data. We know Smart/White already passed the eye test, so let's see how the numbers stack up

I'll remind you, the reward for anyone who finds themselves fortunate enough to even break this perimeter defense is being met by this man 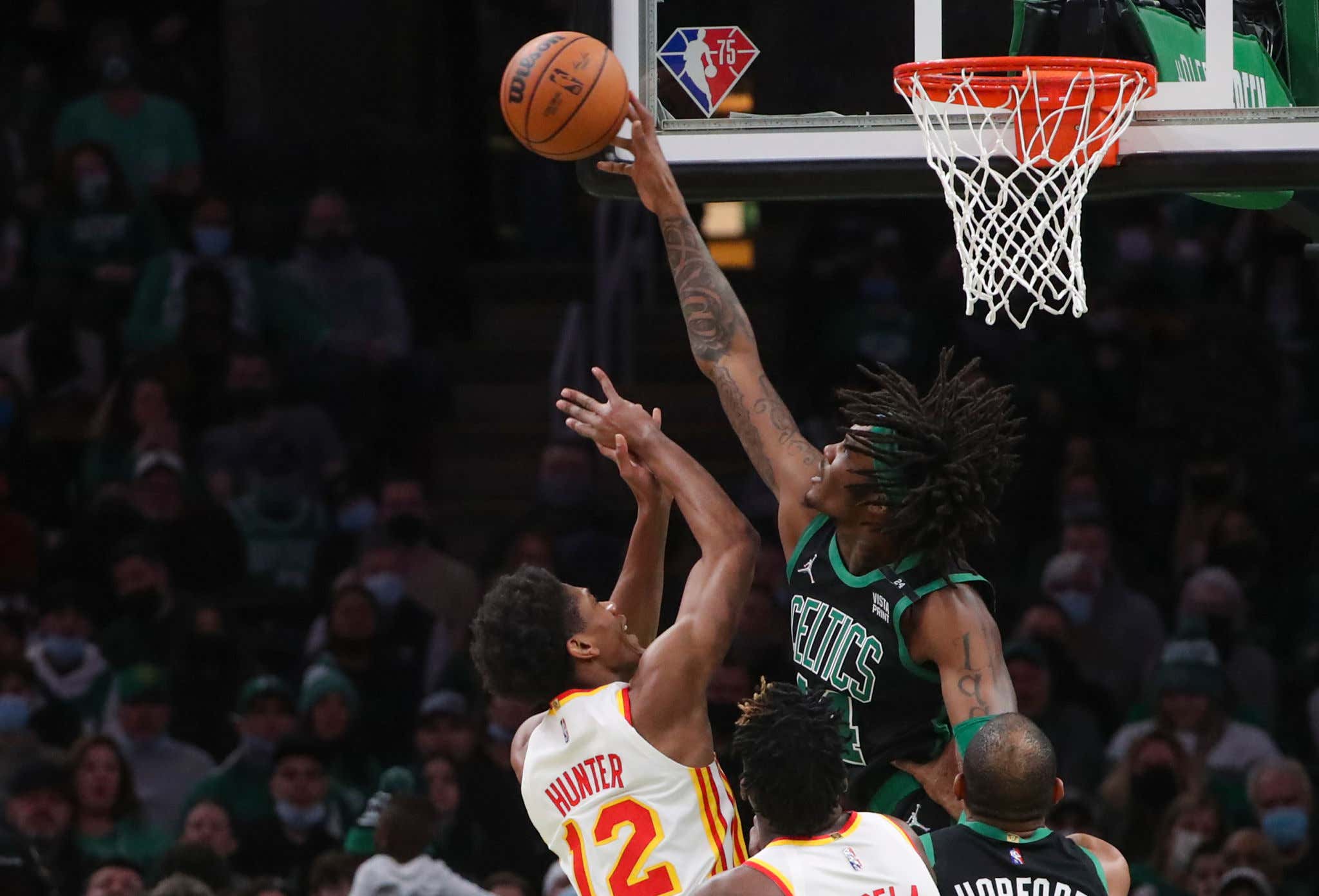 You know, the man averaging 2.2 blocks a night which is good for 3rd in the NBA. He barely trails AD/Rudy Gobert (2.3) for 2nd in the NBA. That feels pretty good!

The one thing we know with this team is their shooting is going to come and go with a lot more going than coming. I dunno if that makes sense when I type it out but it makes sense in my brain. In reality, there are going to be way more nights like we've seen recently than games where they have something insane like 18 3PM and shoot close to 50% from the floor. Jump shots don't exactly travel. You know what does? Defense. Especially elite defense. It's not all that surprising then how Brad and Ime approached the trade deadline

The key to everything with this team will always be defense. When the head of that snake is two legitimately nasty on ball/perimeter defenders, success usually follows. When there is not a defensive weakness in your closing lineup of Smart/White/Brown/Tatum/Rob for teams to target and attack on ball, that's significant. Think of the previous playoff runs dating all the way back to the early Isaiah years. All the playoffs are is teams exploiting your weaknesses defensively. You can only hide smaller guards/players so often before it does more harm than good. There is no need for Ime to hide ANY of the defenders in this new closing lineup, especially at the guard position. Everyone in the organization knows it too

Even during the regular season we're seeing what type of impact this is having in the fourth quarter. Last time I checked the Celts were still dogshit offensively in those final 12 minutes. But now, they aren't giving up anything defensively. There's no more attacking Dennis or Payton. You now have to deal with the two headed monster of White/Smart, and the early returns on that have been literally insane. One would think that as White gets even more comfortable in Ime's system, things should get even better. That has the potential to be pretty scary.