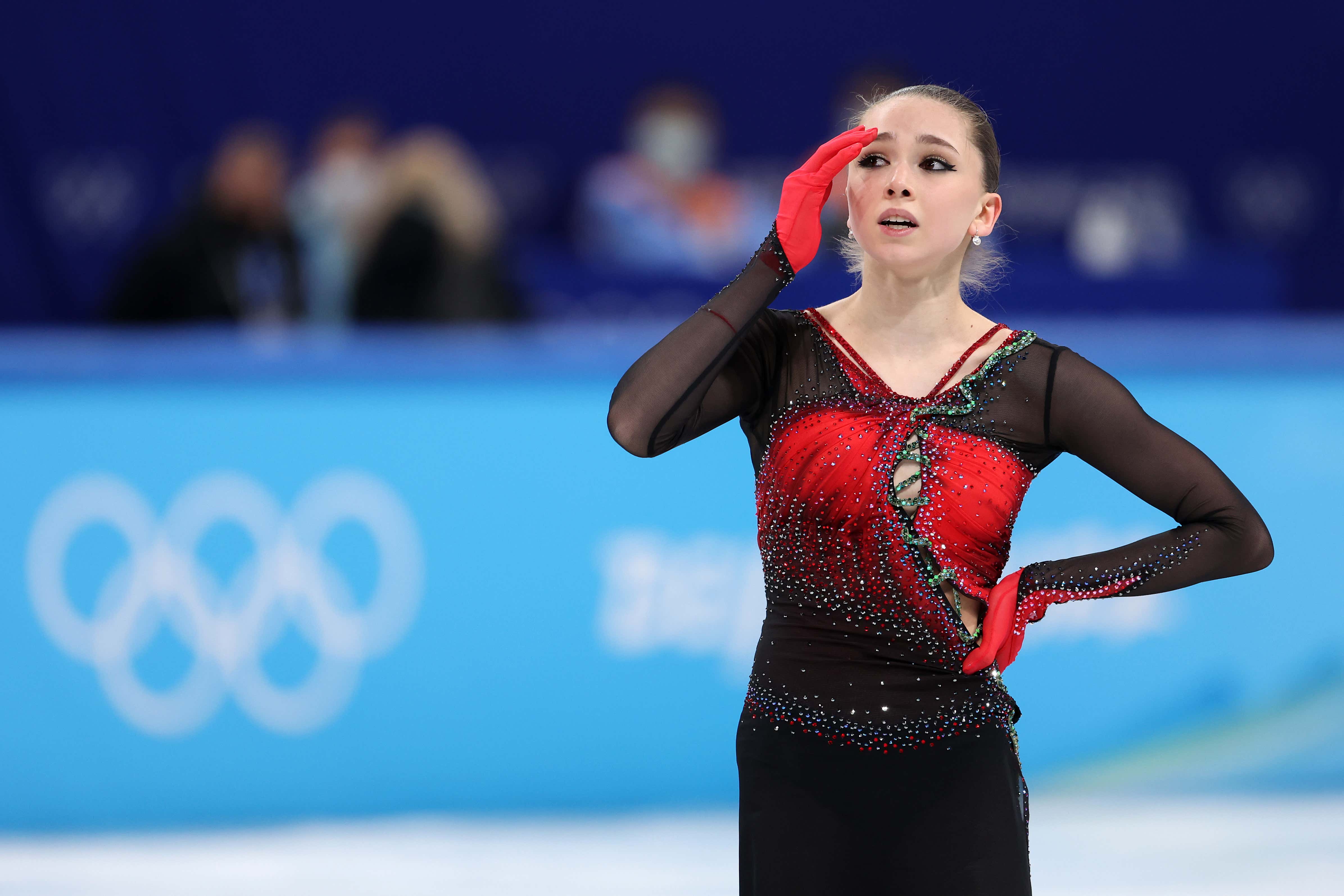 One of the things we all have to watch out for during any major holiday is the dreaded News Drop. If some crooked politician is being forced to release a bunch of damaging documents, there's no better time to dump them than the night before Thanksgiving. Some evil corporation is ordered to comply with a FOIA request about how they're burying toxic waste under an elementary school playground? Release that at 5 p.m. on the Friday of 4th of July weekend. It's the oldest trick in the Minimizing Damage Playbook.

And the Super Bowl is no exception. The biggest story going on in the entire world at the moment, the one that affects us all and every decent, red-blooded American patriot wants to see resolved with justice being done is this one:

So we should've known that the Russians and those corruptocrats at the IOC would announce their findings in the middle of the night, while citizens in every time zone of the United States were sleeping off our national day of binge drinking and comfort food. Because their resolution to this scandal is the most underhanded one possible.

Source - The turmoil engulfing a 15-year-old Russian figure skater who tested positive for a banned substance has thrust her eminent coach and a doctor with past doping offences into the spotlight at the Beijing Games.

Teen skater Kamila Valieva was cleared on Monday to compete in her remaining event. But the drug charge against her is unresolved and anti-doping authorities in Russia are unlikely to hear her case until well after the Winter Games end. …

As Valieva prepares to retake the ice on Tuesday, the role of her doctor and coach, along with other adults in the prodigy's sporting career, has prompted outrage over how a minor could have taken the banned heart drug trimetazidine. Valieva's case has shone a light on the conditions endured by the Russian teenagers who now dominate figure skating. …

Valieva's coach Eteri Tutberidze, who is known in skating circles for harsh training methods, faces heightened scrutiny at the Beijing Games. She is the most highly sought-after figure skating coach in Russia.

Filipp Shvetsky can be seen rinkside during Russian figure skaters' competitions and practices. The towering, dark-haired physician works at a war veterans' hospital in Moscow in addition to treating members of Russia's figure skating team.

Shvetsky and several Russian rowers were suspended from the sport between 2007 and 2010 for anti-doping violations.

And from ABC News:

One of the reasons CAS gave for its ruling was that Valieva is a minor and barring her from further competing in Beijing, after she helped the Russian Olympic Committee (ROC) win the team event last Monday, would have caused her "irreparable harm".

Russian athletes are competing under the ROC banner at the Olympics because of their poor doping track record.

So it's not enough that the Russians aren't even allowed to compete for actual Russia because they have consistently and systematically pumped their athletes with a Walgreens aisle full of banned substances. It's not enough that Kamila Velieva's coach Eteri Tutberidze and this shady doctor Filipp Shvetsky - who has already been banned - are basically operating a Figure Skating version of the Red Room where they trained Black Widow and her sister to be international assassins. It's not even enough that a 15-year-old is testing positive for a medication used to treat patients with heart conditions that cannot possibly be good for her long term health. No, they're actually being allow (pardon the pun but I'm too committed to it to find another word) to skate, because Valieva is a minor.

It's diabolical. They have complete control over these girls' lives and health because they're so young and can't make their own decisions. Then when they do harm to them, the very fact they're underage gets their handlers off the hook. It's an Offspring song. "Hey, don't pay no mind/ You're under 16 you won't be doing any ti-i-i-ime/ Hey-ay-ay, come out and skate."

And there's not a damned thing anyone is going to do about it. The sham "investigation" is kicking the can down the road until long past the time anyone will care. (Friday of 4th of July weekend, maybe?) According to that Reuters article, U.S. law enforcement can get involved if it determines an American skater was wronged. But I don't see that going anywhere. This should be a scandal on the level of the Russian judges and the French judge colluding with each other at the Salt Lake City games in 2002, which did so much damage to the sport that the way it is scored and judged was changed forever.

But instead, it's crickets. Crickets with Russian accents. Tutberidze and Shvetsky are Skating's Natasha and Boris, but with no Bullwinkle around to thwart their evil plot. In a matter of days, Kamila Valieva will win gold. Go home to Russia to be quickly forgotten, as Reuters points out has happened to other skaters trained by Tutberidze:

Some of Tutberidze's skaters have medalled at the Games but retired within the next Olympic cycle. Alina Zagitova and Evgenia Medvedeva, gold and silver medallists at the 2018 Pyeongchang Games, have since left the sport. [Yulia] Lipnitskaya, a team gold medallist in Sochi at the age of 15, retired in 2017.

And they'll simply find the next one. In fact, they've doubt already found her. And just as long as she's still 15 by the time the 2026 Games in Milan-Cortina come up, they can drug her like a racehorse with impunity. This case just proved it. My only question is what an Olympic country has to be found guilty of to actually get punished?