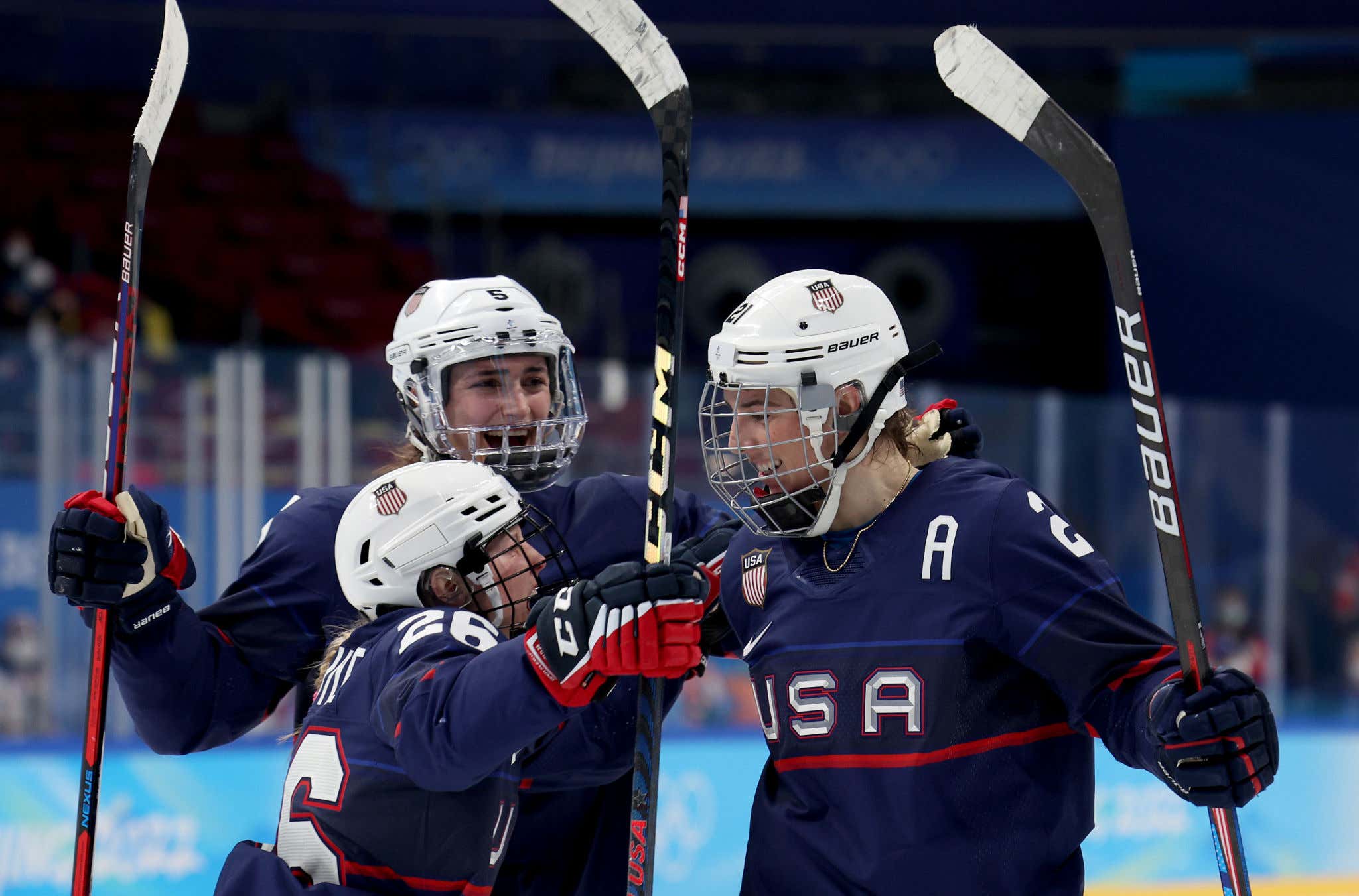 Not much of a surprise here. I think everybody with at least a quarter of a functional brain knew that we'd see the US faceoff against Canada again in the women's Olympic ice hockey gold medal game. Women's hockey has been in the Olympics for 7 games now and only once was there a matchup in the final game that wasn't USA vs Canada. But after taking care of the Finns earlier today, the stage is set.

I don't want to do the Finnish coach's job for him, but you miiiiiight not want to give Cayla Barnes that much open space to work with. Probably should have put that one in the game notes.

Also if there's a loose puck around the front of the net and Hilary Knight is on the ice, you might as well just send the next line out to center ice for the faceoff because she's putting that puck in the back of the net every time.

Final score ended up being 4-1 Team Freedom. Not exactly a close game, but definitely a good little test heading into the gold medal game. Meanwhile, Canada basically had a glorified practice in the semifinal round.

Imagine wasting all your goals against Switzerland in the semis? Couldn't possibly be the the US. They have their eyes set on winning back-to-back Olympic gold medals for the first time ever. Which is probably why they lost their game against Canada last week in the preliminary round on purpose. Instead of getting the top seed out of their group, they got a tougher road to the gold medal game. Keep them hungry, keep them dialed. See everybody on Wednesday night for the rematch.