What’s going on with the Rams? Week of the Super Bowl one of the bigger stories to leak out was that Sean McVay might be hanging up the headset after this game. Now Aaron Donald might be on the way out if LA wins this game? Huh? For what?

Aaron Donald is one of my favorite players to watch. He’s a unicorn, I’ve seen little evidence anyone dead or alive can stop him 1-on-1, and he’s long earned enough stripes to punch his ticket to Canton whenever he does decide to hang them up. 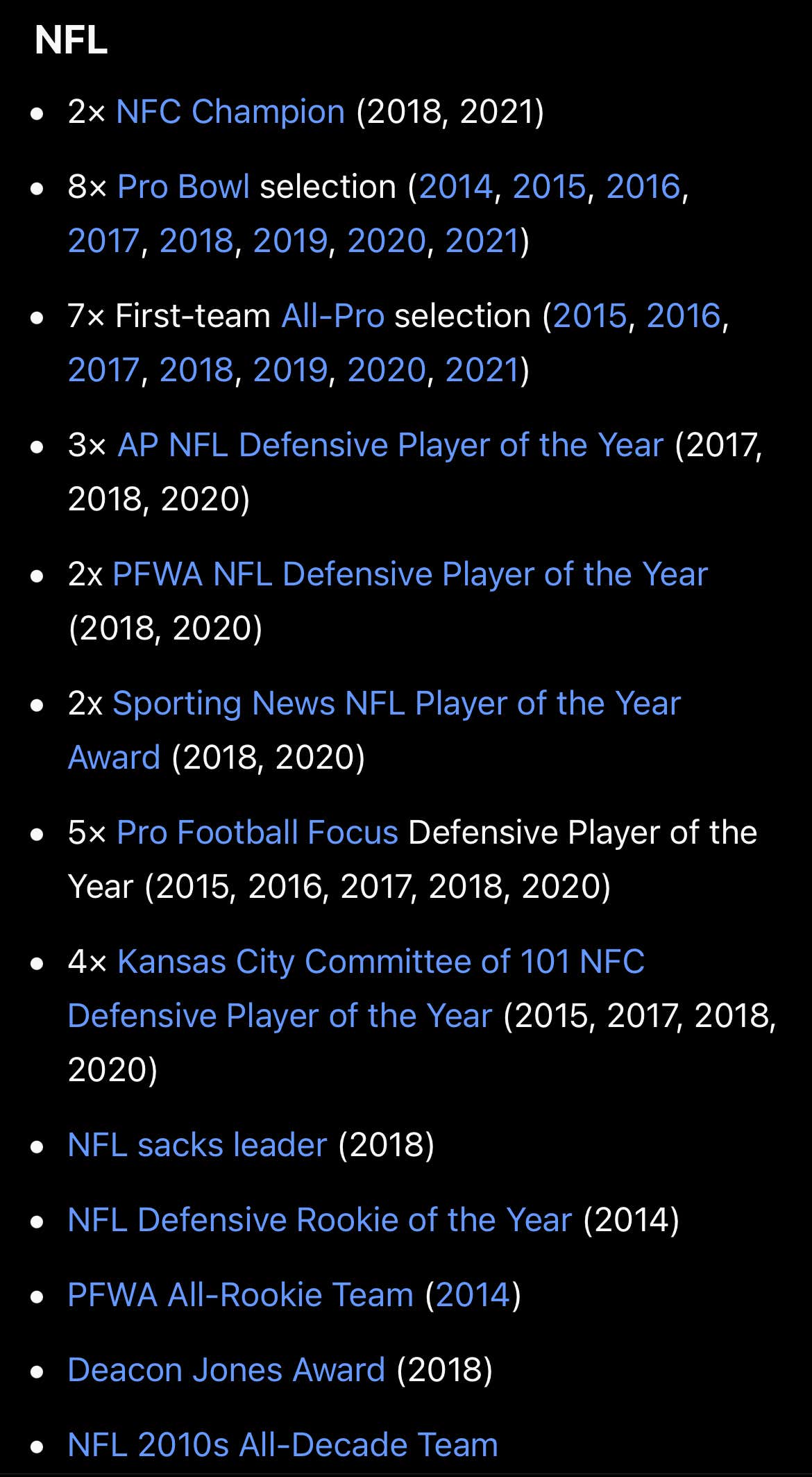 Where I don’t understand at all why he’d be considering retiring is because he’s still in his prime. He’s still a monster. He’s still a load that keeps offensive coordinators, linemen and quarterbacks up at night.

Where I completely understand why he’d be ready to hang ‘em up is shit like this:

That’s every week, every snap, several hundred pounds of man meat doing whatever they can to try and slow you down. I’m sure that takes an immense toll on a 30 year old. At a certain point, yeah please stop sending your three largest men at me for 60 minutes 17 times a year. I could completely understand why someone would be ready to go home and be a family man with his limbs and brain in tact.