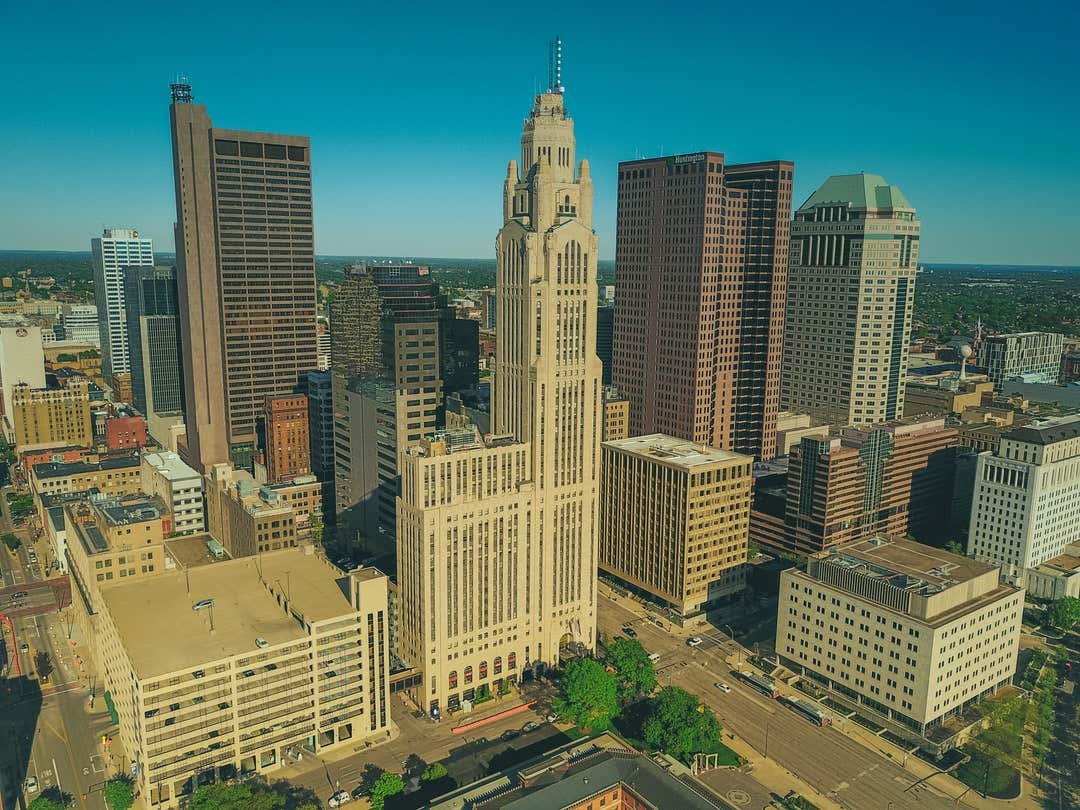 As someone who's had the pleasure of visiting Cincinnati several times now (family & friends in the area) I can tell you that the 'Paris of America' is known for 3 main things:

-Tubing trips on the Ohio River right through the city center

-World UNO Festival (every June at the Mike Brown Center)

-The Cincinnati Cocktail: a fancy, little shot of craft beer poured into a nice, big glass of lukewarm soda water

Obviously it's the latter of those things that I enjoy the most when I'm in town, and a favorite drink of all my cousins there who introduced it to me in the first place. There's something about tipping a golden shot of Rhinegeist Wipple into a bubbling glass of soda water & watching the fizz turn a beautiful gold that kicks a night off right. You can drink hundreds of them and somehow still feel ok the next day, it's awesome. (Especially at this age ha ha!)

So imagine my delight when The Today Show featured the Cincinnati Cocktail on their show this morning as part of their Super Bowl pre-game coverage. And then imagine my despair when people immediately began ripping on it???

More & more folks claiming to be 'in the know' were saying they'd never even heard of it, that a Cincinnati Cocktail wasn't a thing at all. Was I going insane or something? At every bar I'd ever been to there it was the only thing in everyone's hands. Bartenders couldn't pump out soda water fast enough.

I reached out to one of my cousins to double check: 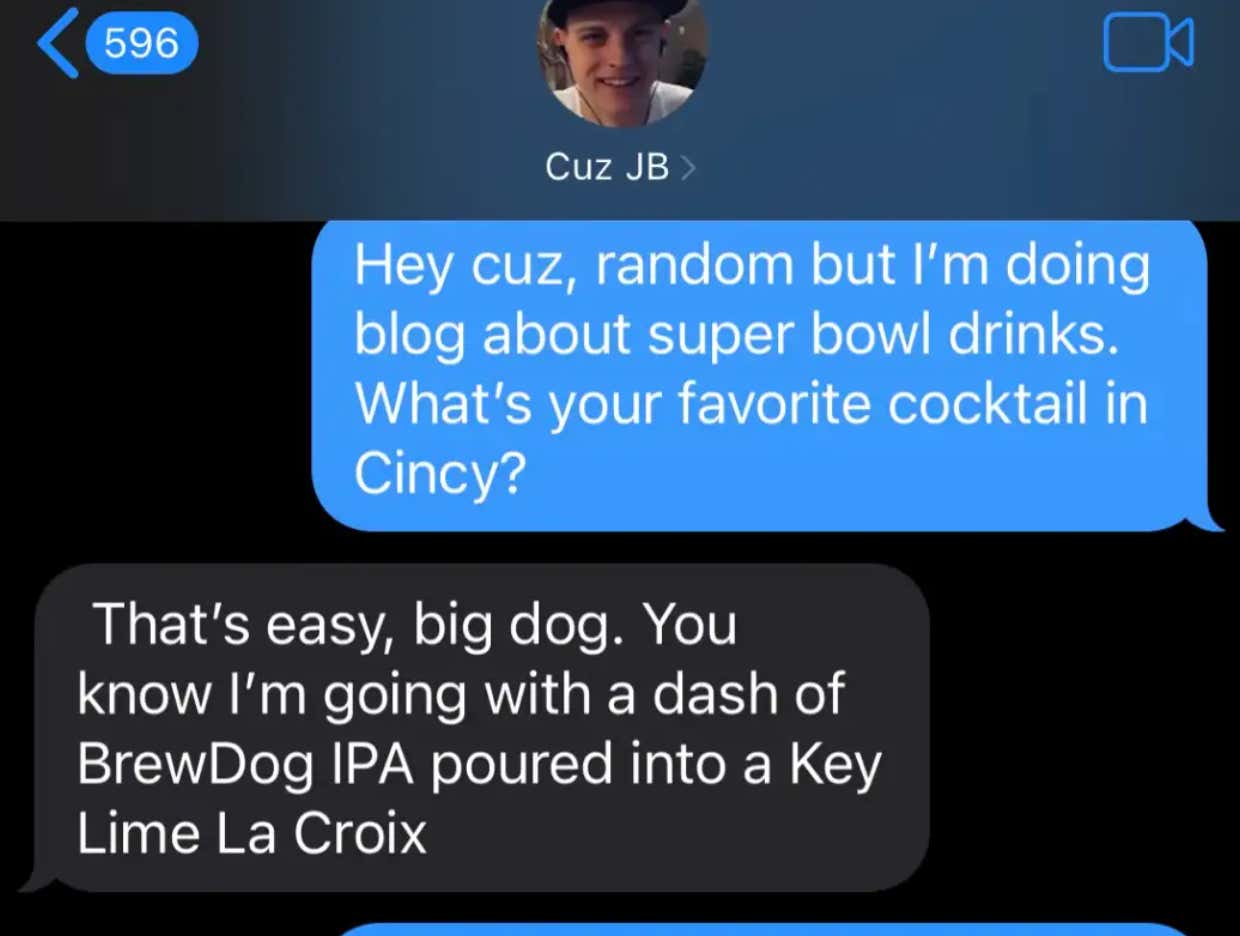 Phew. Ok, so it's those other people who are wrong and not real Cincinnatians. No judgement here though, everyone has their own taste. And if craft beer & soda water isn't yours (sad) but you still want to root on the Bengals one drink at a time here's some other options:

The Cincy-Tini: The local airport is landing a winner with this lite, tasteful drink.

The Mixon Mixer: This one from Heist & Co in Harrison, Ohio looks like it would make me violently hungover, but I'm intrigued enough about whatever ingredients are in the top there to try about 20 of them anyway.

The Bengal Passion: Off The Wagon mobile bar (California) admits they're not football fans, but have a strong passion for Nick Bosa buns. Fair enough.. Cutest garnish flower I ever did see. 10/10 would make poor choices after a few of these.

The Who-Dey: Japp's is serving up some sparkle with a fierce espresso martini. Word out on if it will have the required 'Kevin Clancy 3 Beans'.

Championship Dreamsicle: Fishbowl at the Banks might have the one I'd like to try most, perhaps even more than craft beer in soda water. Anything in a fish bowl and I'm there.

Also shout out to them for this wonderful drink they made for the Bengals/Titans game, The Trash Titan. Whatever they put in there seems to have worked. I haven't had the urge to chug out of a trashcan since college (ah, sweet jungle juice) but this is reeling me back in…

Ok, ok, you got me heh heh But, though it may not be well known, the Cincinnati Cocktail really is a drink and Esquire has the history:

First, Cincinnati? Far as we can tell, the name's a joke -- on the order of, as one of our correspondents points out, "Staten Island whitefish," which is a used condom floating in the water. Back before World War I, when sauerkraut suddenly turned into "liberty cabbage," Cincinnati was known for its immense and very out German population (they even taught the public schools auf Deutsch). And Germans drink beer. So, if you make a cocktail with beer…. We said it was a joke; we didn't say it was funny. It is, however, really quite refreshing.

Am sure this is what the Bengals will dump on Zac Taylor this Sunday.