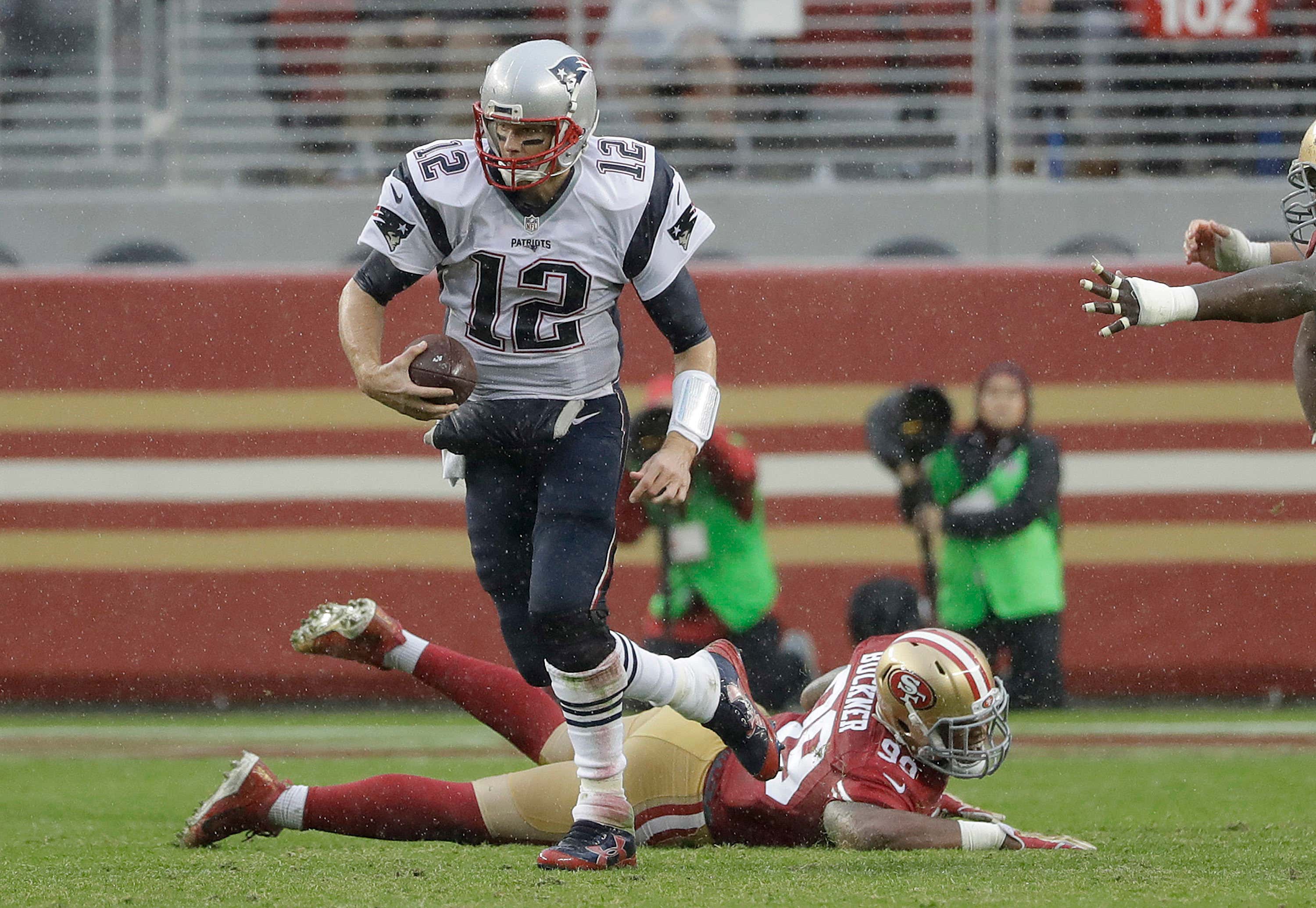 And Brady set off, if not a shit storm, than perhaps a shit squall. A small shit weather front, when instead of definitively answering, "What? Hell, no! I'm done! Done, done, DONE! My career is dead as Mufasa. I'm gonna spend the rest of my life raising my kids, lowering my handicap and knockin' off items off Gisele's Honey-Do List I've been putting off. Hardware store, here I come!"

Instead what he said was, "I'm just going to take things as they come. I think that's the best way to put it, and I don't think anything, you know, you never say never." Which I'll point out was the title of the James Bond movie Sean Connery made after he said he was done playing 007. "I feel very good about my decision," Brady added. "I don't know how I'll feel six months from now."

I'll admit that while "never say never," and "I don't know how I'll feel" in six months isn't nearly on the level of those years when Brett Favre was doing his annual Bayou Hamlet routine, holding out every year while some poor scrubs at ESPN would draw the short straw to maintain a vigil outside his place in Mississippi hoping for a decision like they were waiting outside the Vatican for a Pope to be elected, it's not nothing. Brady could've ended any speculation by saying he had zero football in him and was moving on with his life. But he left some wiggle room. And any time a public figure does that, people are going to step into that room and wiggle.

Which is happening in this case. I was asked at the beginning of the week if I thought there was any chance Brady was looking to end his retirement, and I dismissed it out of hand. Now, I'm not so sure. The more I think about it, the more I consider the possibility. And the best theory I've heard so far, the one that's gotten the most traction, comes from recent Do Your Pod guest Scott Zolak:

It's a crazy idea. But just crazy enough to work. Like I said when the report from Adam Schefter and Jeff Darlington came out, that Brady's retirement makes no sense. After saying for years that his goal was to play until he's 45 (and beyond) or that "When I suck, I'll retire," he decides to suddenly hang up his mighty jock at age 44 after leading the league in completions, yards and touchdowns? At the time, the only reason I could come up with is that he's not so much retiring from football, but from Tampa Bay. That he'd grown tired of the "turmoil" on the Bucs that Lavonte David referred to. As well as having to put up with Bruce Arians constantly pinning interceptions and losses on the QB who is running an offense Arians doesn't understand and has no part in.

Assuming there's truth in the idea Brady wants to keep playing, just not in Tampa, San Francisco just makes as much sense as anyplace for him to land. Consider it from all sides.

Under this arrangement, Brady gets:

I'm not saying Brady-to-San Francisco is absolutely going to happen. I am saying though that I'd love to see it happen, just for the sheer spectacle of it. And I very, very much am convinced it could. If I were to test this rumor Mythbusters style, I'd stamp it: "PLAUSIBLE."