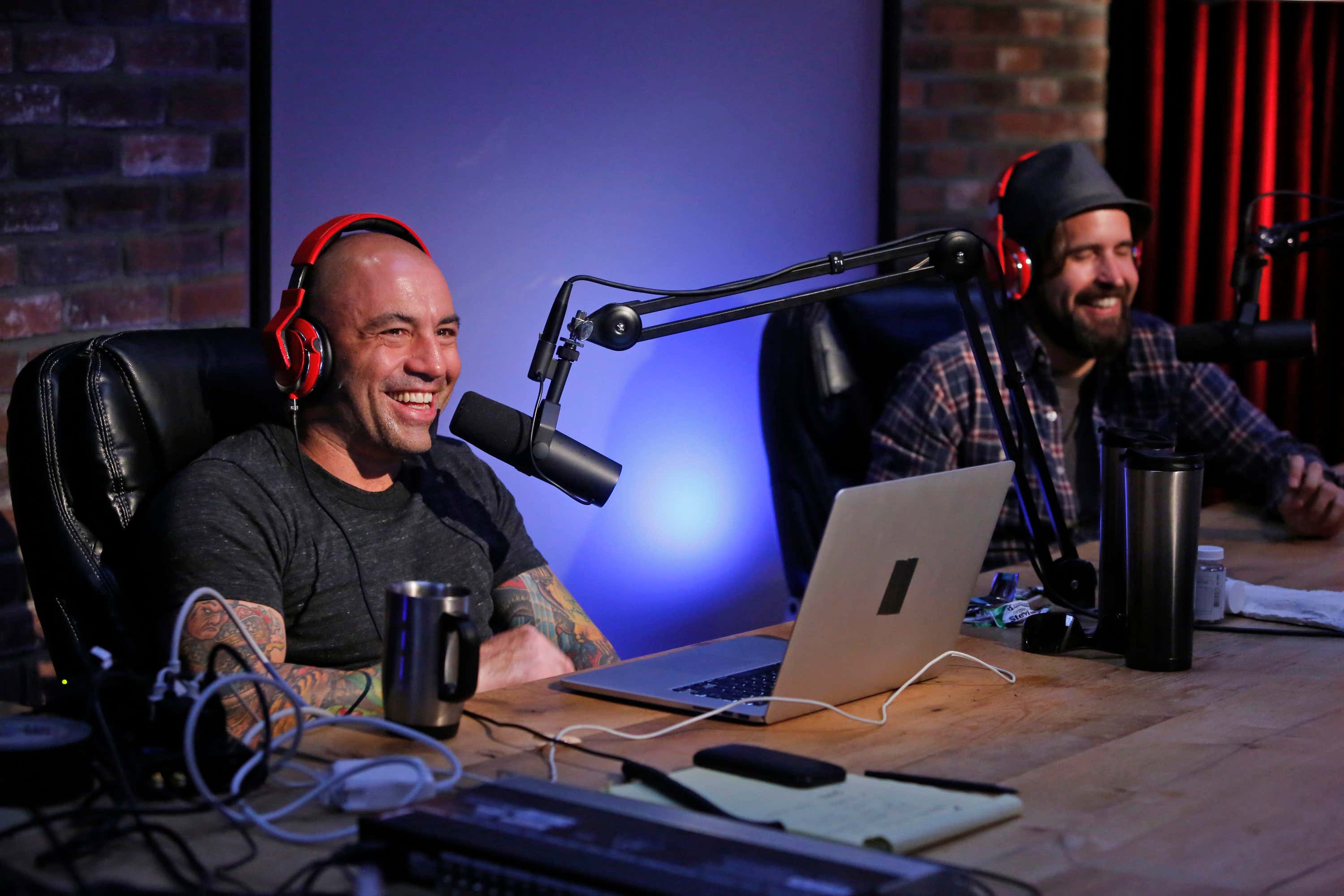 A while back, in what I think was Day 482 of America's War Over Joe Rogan, I mentioned how back in the early 90s when I was just breaking into the Boston stand up scene and opened for him a couple of times, I never imagined this supremely talented comic would become Ground Zero of our all socio-political battles.

But that was two weeks ago. A much simpler time. When the biggest skirmish in the war was an aging rocker requesting that the music he doesn't really own any more would be taken down off Spotify to protest something a scientist said on Rogan's podcast:

It was a limited war then. And as Breaking Points - which should be no one's idea of a bastion of anti-vaxx conspiracy demagoguery - pointed out, the artillery rounds fired by all the musicians into Rogan territory were curiously timed with their music being re-released elsewhere:

Essentially they were operating off the same battle plans as the ones used to attack Dave Portnoy, which are always precisely timed with $Penn earnings calls (see the 1:38 mark).

Again, that was a simpler time.

As everybody knows by now, the hostilities have escalated. A new front was opened by the MeidasTouch infantry when the released a supercut of the times over the last 14 or so years that Rogan dropped the N-bomb. MeidasTouch was then routed by Portnoy, using their own weapon in an aerial bombardment against their very exposed flank:

No one is defending Rogan for his N-bomb usage. Least of all, not Rogan:

And for sure he's not being defended by his greatest armed combatant, Howard Stern. Who has been the bombarded with his own 50 Megaton N-nuke that is so incendiary, I won't embed it here. It's NSFW and NSFL. And while I'm reluctant to link it, I will. Don't click it anywhere in public. You've been warned.

Where we are in this war for the hearts and minds of America is anyone's guess. In the past few days, all sides have been huddled over maps in their Situation Rooms, wondering what the next move is and who will strike next.

Well, they got their answer. I think Rogan just struck the decisive blow:

The Hollywood Reporter -  Headlining an intimate show in Austin, Texas before a rapturous crowd of fans, the embattled comic and podcaster tackled his controversies — particularly the widely circulated viral video of the comedian using the n-word on his podcast, The Joe Rogan Experience.

“I used to say it if [I was talking about] a Richard Pryor bit or something, I would say it in context,” Rogan said. “Somebody made a compilation of every time I said that word over 14 years and they put it on YouTube, and it turned out that was racist as fuck. Even to me! I’m me and I’m watching it saying, ‘Stop saying it!’ I put my cursor over the video and I’m like, ‘Four more minutes?!'”

“I haven’t used that word in years,” he added. “But it’s kind of weird people will get really mad if you use that weird and tweet about it on a phone that’s made by slaves,” and then segued into a bit about labor conditions at overseas cell phone factories.

Later, he mocked his other major controversy — the anti-vax information that’s been discussed on his podcast.

“I talk shit for a living — that’s why this is so baffling to me,” he said. “If you’re taking vaccine advice from me, is that really my fault? What dumb shit were you about to do when my stupid idea sounded better? ‘You know that dude who made people people eat animal dicks on TV? How does he feel about medicine?’ If you want my advice, don’t take my advice.”

Boom. That is how you drop a mushroom cloud on everyone trying to wipe you off the map. You remind them that you're a fucking comedian who interviews people. Hold up a mirror and show them what a waste of time and energy it is to freak out about using a word (like the MeidasTouch guys and Stern did) that he stopped using years ago. And how how ri-goddamned-diculous it is that anyone would take medical advice from a show hosted by a comic who takes psychedelics, talks about UFOs and Bigfoot, tells dirty jokes and used to have people eat animal dicks on network TV. Mic drop.

THR goes on to say that Rogan took audience questions, and when asked if he'll consider taking the $100 million Rumble has reportedly offered him answered, “No, Spotify has hung in with me, inexplicably, let’s see what happens.” That in and of itself would be the most bizarre twist in this whole saga, since Rumble considers itself a right-of-center platform, and Rogan is an unabashed Bernie Sanders supporter who wants free universal heath care and all drugs legalized. But just to finish beating this metaphorical warhorse completely to death, war makes strange bedfellows.

So Rogan won on stage last night. But stay safe. This fight is far from over.