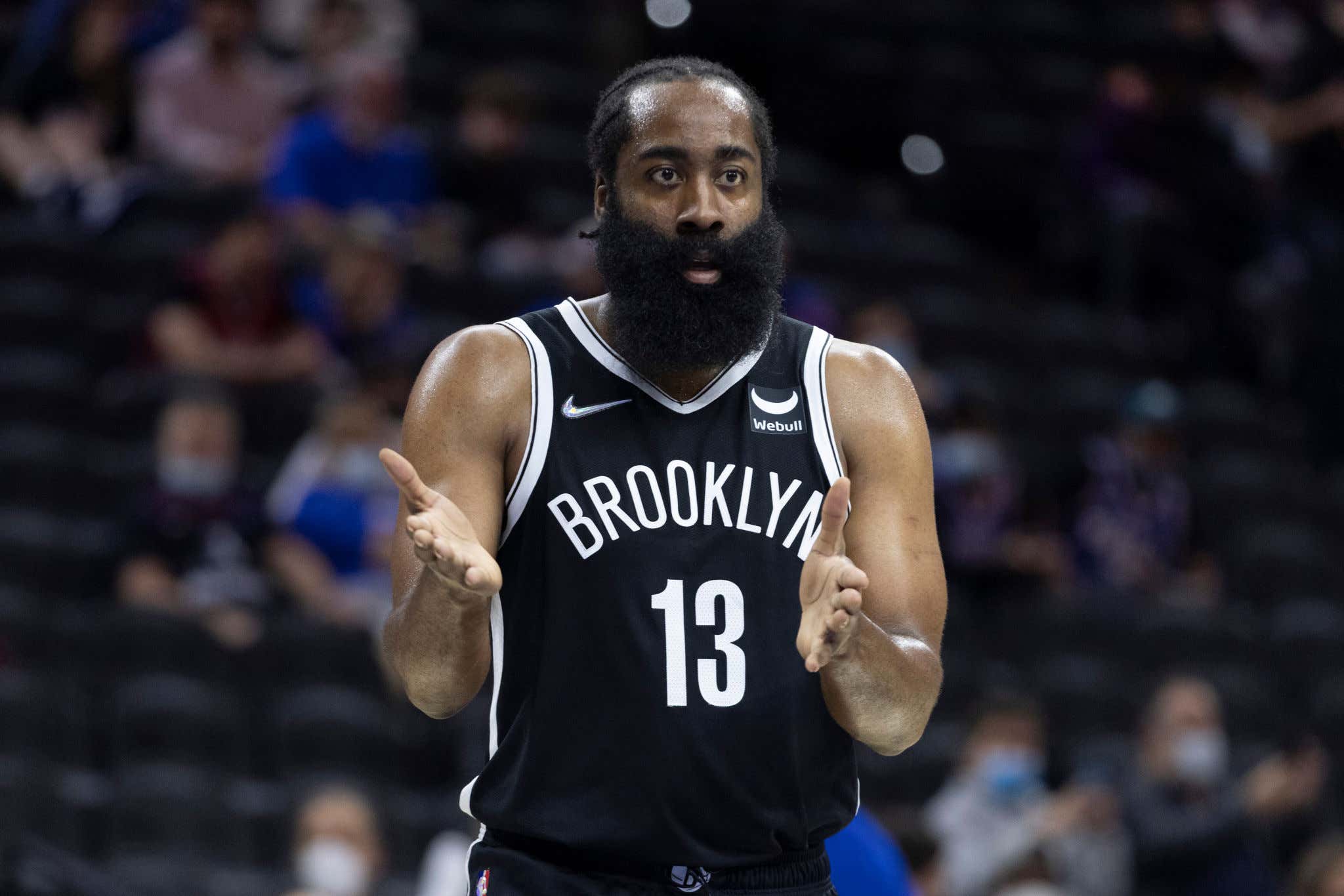 This entire James Harden fiasco is so fascinating. So much posturing, so many tweets from #sources it's impossible to know what's real and what isn't. Things are only getting crazier by the second. There's a strong chance we have a new update by the time I finish typing this blog which would look pretty bad for me but whatever you already clicked. There are few things in life I love more than a good ol fashioned #SourceOff, and boy do we have a delicious one on our hands.

It really all started back at the end of January when there was the #report that James Harden was unhappy in Brooklyn. That came from Bleacher Report. Here was Harden's immediate response

Pretty obvious here, but someone is lying. I wouldn't hold it against you if you think that person is James Harden. Players lie all the time, especially when their truth gets leaked. So right off the bat, we're off to a hot start. Then we get to this week and who knows what to believe. You have Steve Nash repeatedly saying they aren't going to have major changes to their roster

Again, I won't blame you for thinking Nash is lying. I think it would be insane to assume Nash would straight up say "Yup, we're moving James Harden!". So, either he's telling the truth, or clearly lying as a way to posture through the media. Not exactly a new tactic.

Then we have today. Windy got us started with this semi outrageous update

he even said they entered the "deal zone" whatever the fuck that means. Again, not totally out of the realm of possibility. But then came Woj

Well that's confusing! How can you be in the deal zone if you aren't currently in negotiations? Pretty obvious as this point that both sides are going to certain media leaks to get a certain narrative out. It's all negotiating to be honest. I can also understand wanting to believe Woj because he's Woj. But there's an issue with this idea

OK, now I'm confused. If the two sides aren't even talking or negotiating, then how could the Nets have asked for that group of players? Wouldn't they have to be ya know….talking? I'll admit, I am most certainly not a math guy, but I'm not positive that all adds up.

You have random people on Twitter calling the trade imminent asking you to just trust them. It's madness on the internet streets. I can only imagine what this must feel like as a fan of either of these teams. Every time your phone buzzes you don't know what to think. This is what makes this time of year so awesome and so maddening all at the same time. You only really want to believe the #reports from #sources that tell you something you want to hear. Could be true, could be complete bullshit. Nobody knows!

But one thing I know is this. Someone is most definitely lying and I can't wait to see how it all shakes out.