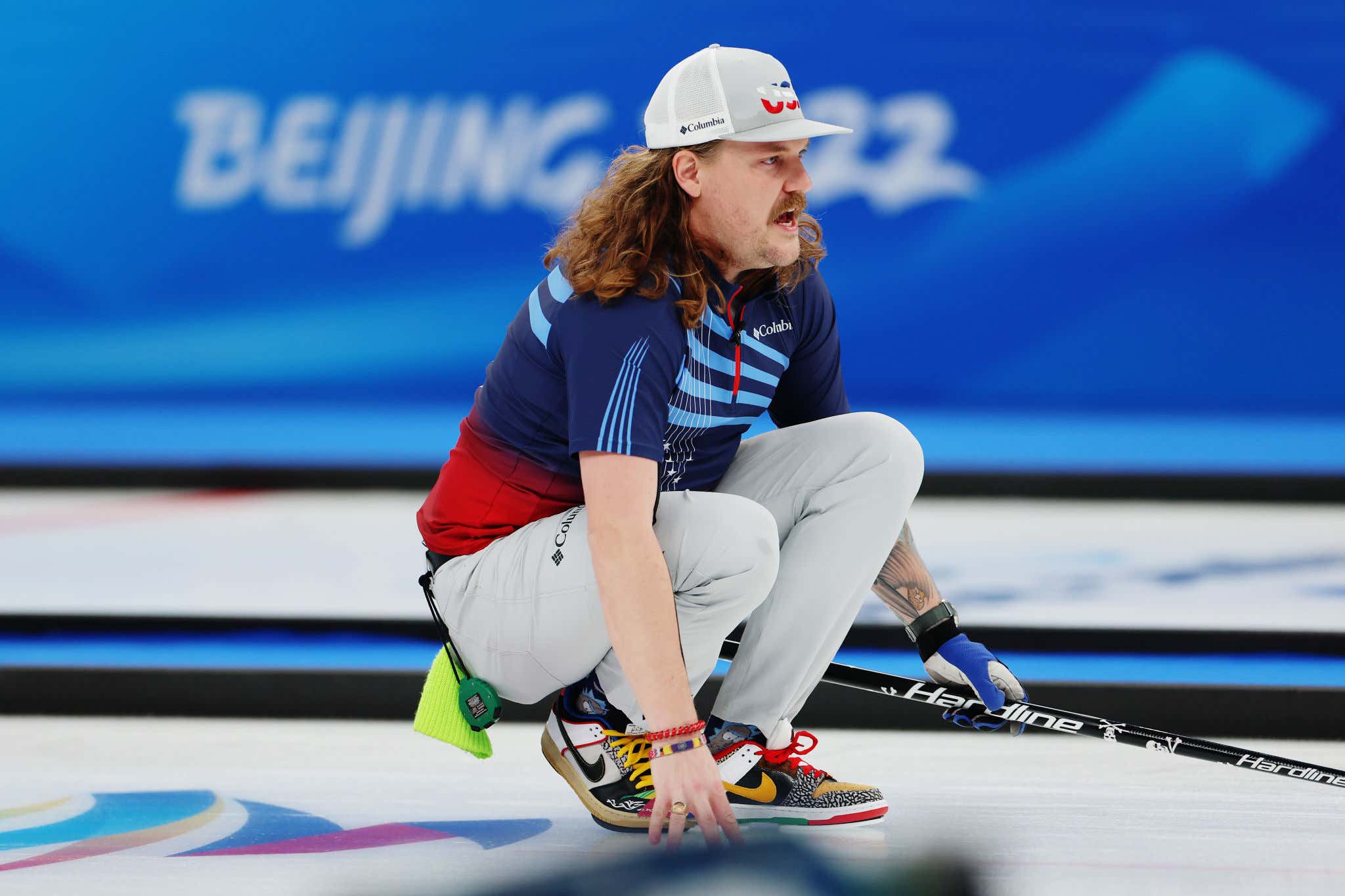 Matt Hamilton. The pride of Madison, Wisconsin. The Hamilton family in general is curling royalty with his sister on the US women's team as well. But this man is an Olympic gold medalist, and an all-time beauty. He has it all. The hair. The stache. The shoes. The kinesio tape to make sure that everybody respects him as a real athlete. If anybody out there is going to be Making Curling Sexy Again, it's Matt Hamilton. And Chris Plys. 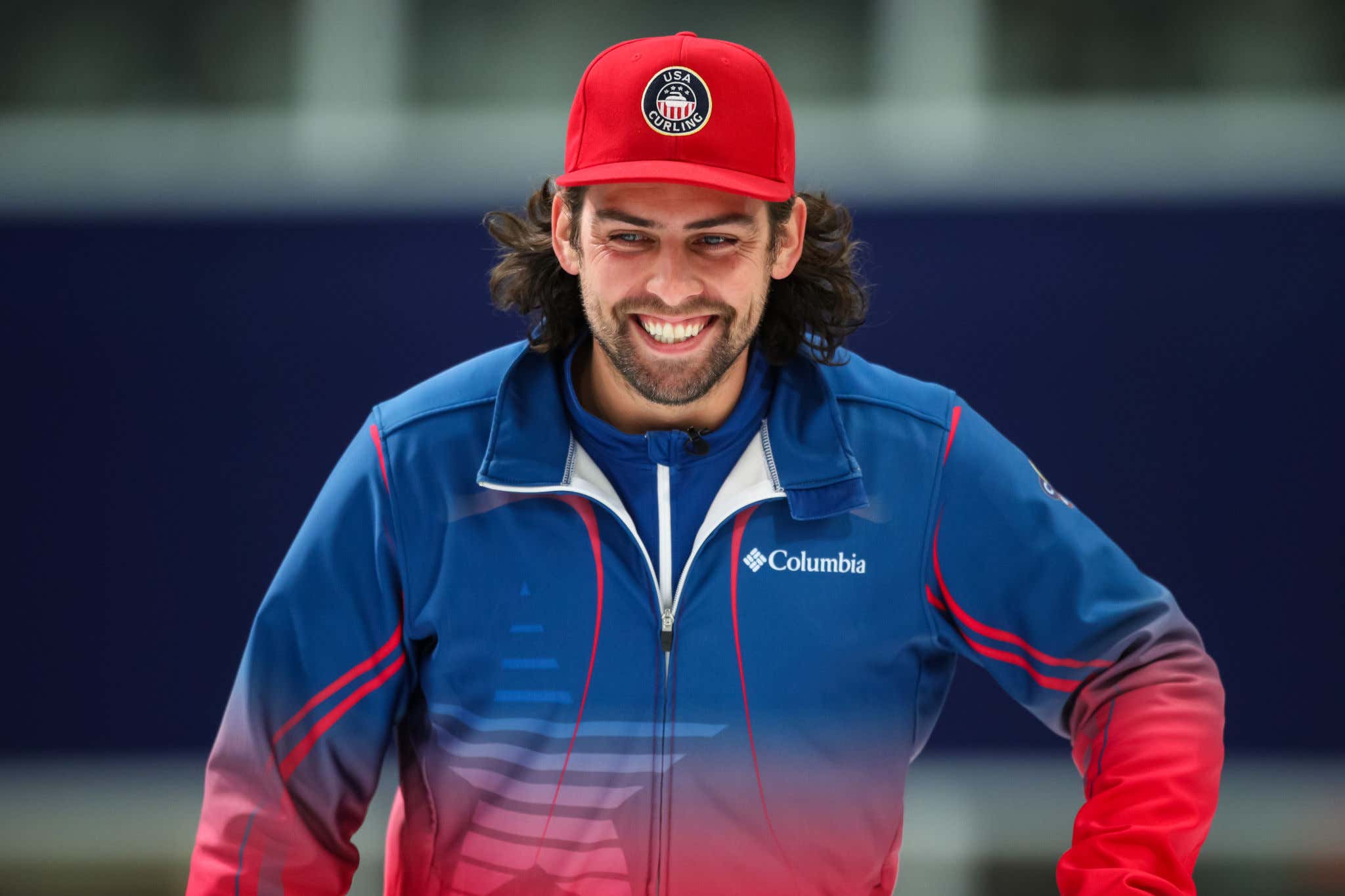 Luscious locks. What a stallion.

Or really all of Team Shuster, for that matter. Because the boys opened up their road to the repeat this morning against the Russian Olympic Committee. It took them a little while to really get going, but this 2-point play from the Skip in the 8th end was huge.

Just a perfect shot with the perfect amount of touch to get both of those stones into the house to take the lead. Russia ended up blanking in the 9th end, and then they just managed to tie the match in the 10th with a shot rock that came down to a measurement. But you give John Shuster the hammer in an extra end and you can be sure it'll be the last shot of the day.

Ball game. Maybe a little too close for comfort, but that's just life as the defending champs. Heavy is the head that wears the crown. The boys survived and it's on to Sweden tomorrow. Let's rock.