Ninja recently decided to move down to Florida with his wife, Jessica Blevins. I'd imagine it might have something to do with the 0% state income tax and the warmer weather all year round compared to Michigan...

Initially, I thought this setup was sick and don't get me wrong it is. But some replied to Ninja's tweet with this comparison pick of his old setup vs his new setup:

IDK what you're thinking, but that first setup on the left FUCKS. Granted, a lot of time and effort went into making that studio perfectly crafted for Ninja. Give it time and I'd expect his new setup to get closer towards that old setup layout. I mean, for crying out loud the guy did just move on February 1st.

The original tweet got me thinking though, if you could have ANY setup in the world - what would yours look like and why? Ever since Nickmercs unveiled his stream setup at his Michigan house, I've been obsessed with it.

Nick's setup literally has everything you could ever imagine. However, he doesn't even currently use this setup. He built this at his Michigan house and lately he's been spending all his time at his Florida residence. Again, I can't blame him….(see reasons listed above).

Now, the average dude really doesn't require much when it comes down to furniture or setup. I think 90% of guys would tell you this setup is fire:

Truthfully, it's got everything you need with the added spice of DIY. What more could you want from a setup? People also drastically sleep on how comfortable lawn chairs truly are.

Currently, this is what I got cooking for my setup in my apartment. 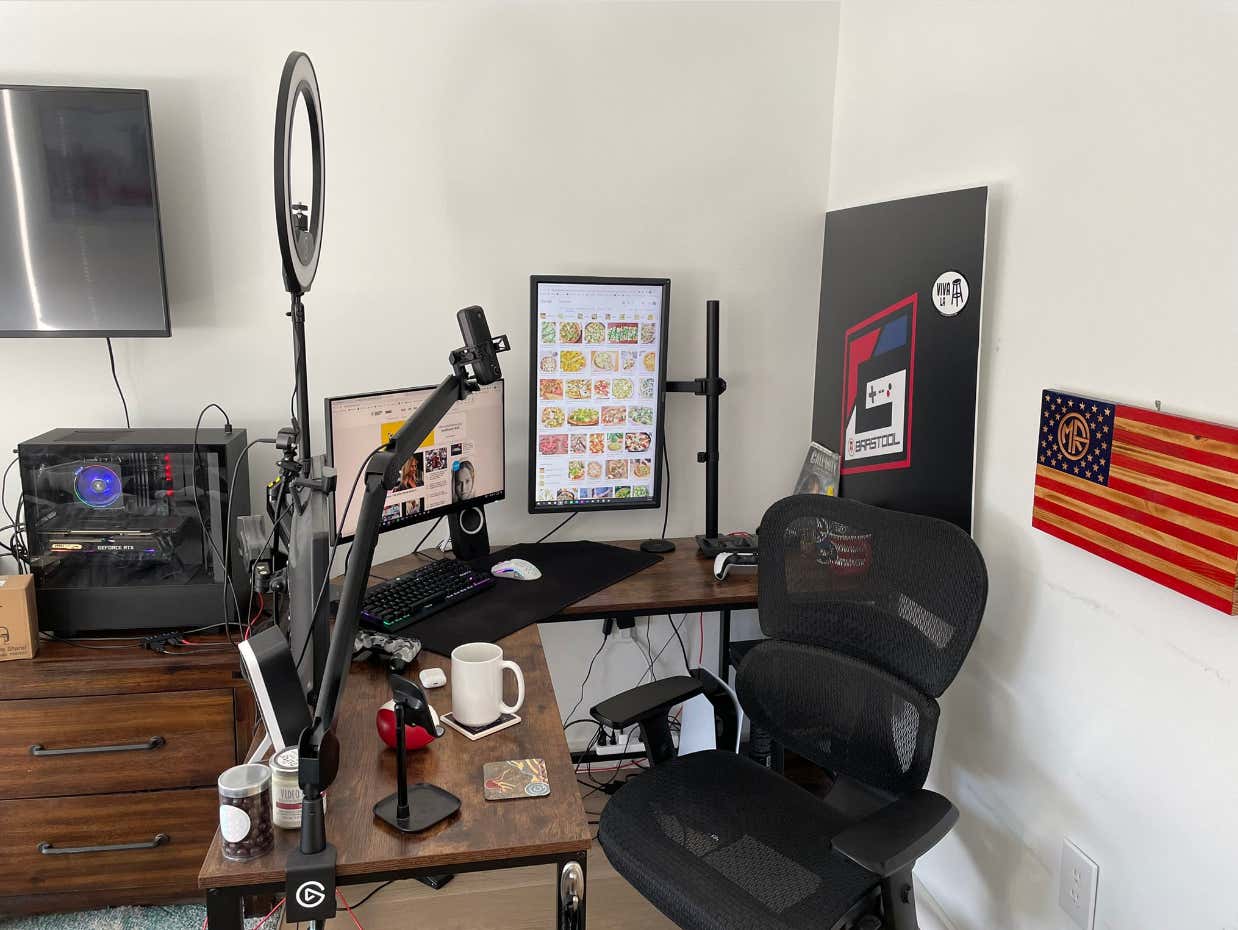 My cable management is atrocious, I know that. I'm working with three monitors, a light up keyboard, a PS5 under my desk and a PC that's on top of a nightstand. This is pretty much every female's biggest fear when they walking into a bedroom.

I love my setup, but moving is an absolute pain in the ass. I'm genuinely afraid when I have to move into a different apartment in May. There's so much equipment here to be ruined from one little trip or wire that get's caught on a door. It drives me crazy. One slip and it could all be over.

For those that have made the dive into PC gaming, you know that once you start upgrading your setup, it's very hard to stop. I don't think this is my setup's final form, but hardware wise I'm content with 3 monitors and a swivel-mounted TV above.

I need to aesthetically get it looking better, which in full transparency, I fucking suck at doing.

If you made it this far, just keep me in your thoughts and prayers when I ultimately have to move. I wanna see some of your setups, tweet me what you're working with.