If you’ve been on the internet at any point in the past week, you probably know by now that Joe Rogan is in hot water after a video of him saying the n-word like SEVENTY times went viral and Spotify pulled all the episodes in which it was said. There’s so many arguments over the video and the “context” and the overall topic at hand that Twitter just feels like a war zone lately, and I usually don’t get even into this kinda stuff myself, but there was one video from a “racists getting beat up” thread that went re-viral because of all this that stopped me in my tracks....

I found out the video is from 2016, but have no idea what the context is outside of what we see in those 15 seconds. It appears the kid in the car might’ve called the kid in the orange pants the n-word, and then locked himself inside his vehicle to hide, though. Kid in the orange literally says, "[...] then what'd you call me the n-word for? You don't call me a word but you can't come out and deal with it.", before delivering the devastating first strike - and devastating it was. 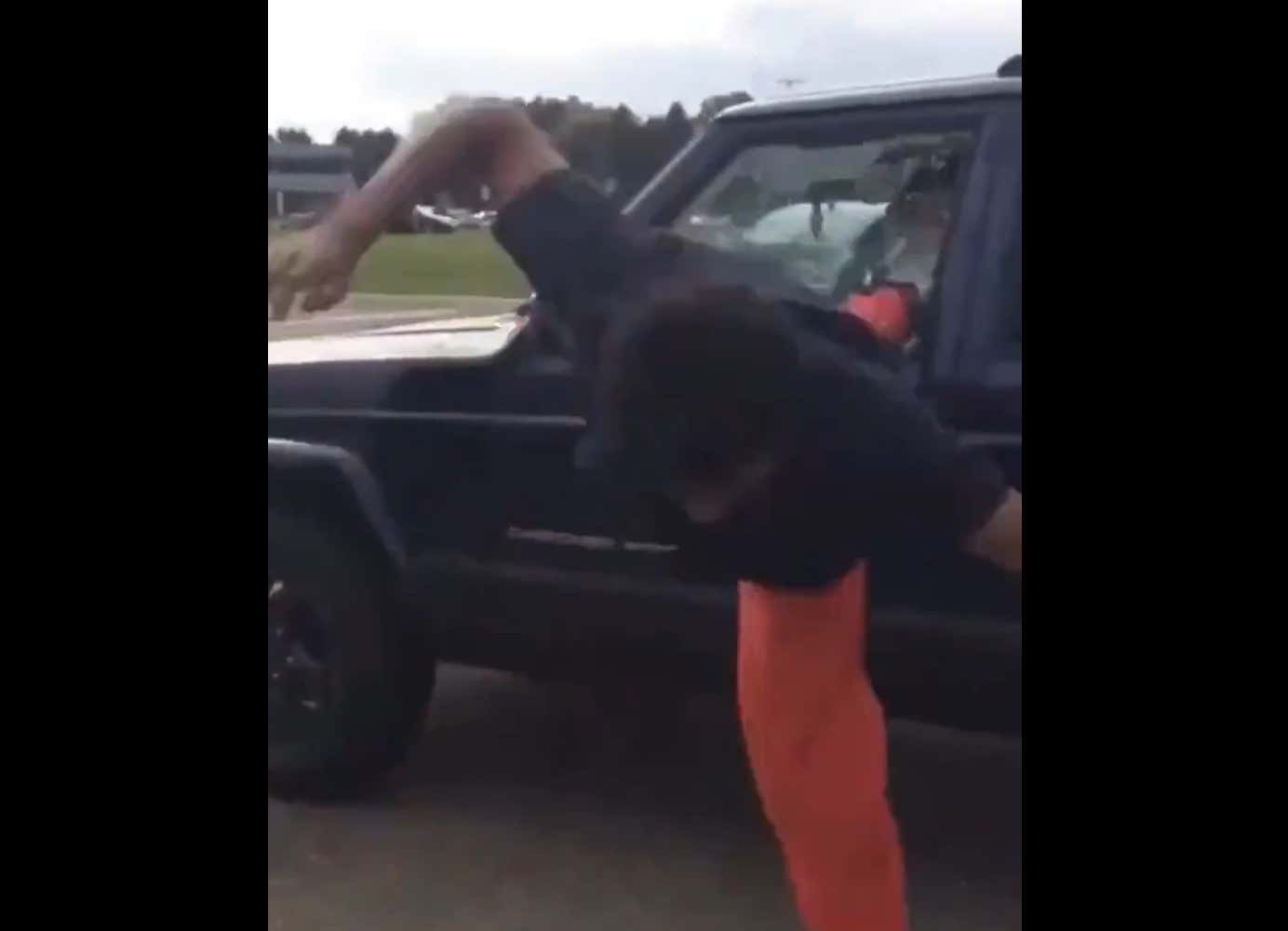 It may be the greatest sweet chin music involving broken glass since Marty Jannetty ate one in the barbershop and tried to escape out the window like a coward….

Not only did he shatter the window with the sweetest looking superkick I’ve ever seen, it looked like he actually made contact with the kid’s face too?! Sheeeeeesh. I just cannot imagine what went through the kid in the car’s mind when ol' Shawn Michaels here went from walking away to putting a foot full of glass in his face in 0.1 seconds. He then challenges the kid to get out of the car to start the fight (I assume) but definitely doesn't realize this is one of those fights that is over before it started. You won pal. It's over.

P.S. Never forget when I got superkicked at a WrestleMania weekend show….

Double P.S. If you're a Star Wars fans, we just put some FIRE shirts on sale in honor of our galaxy's saviors….