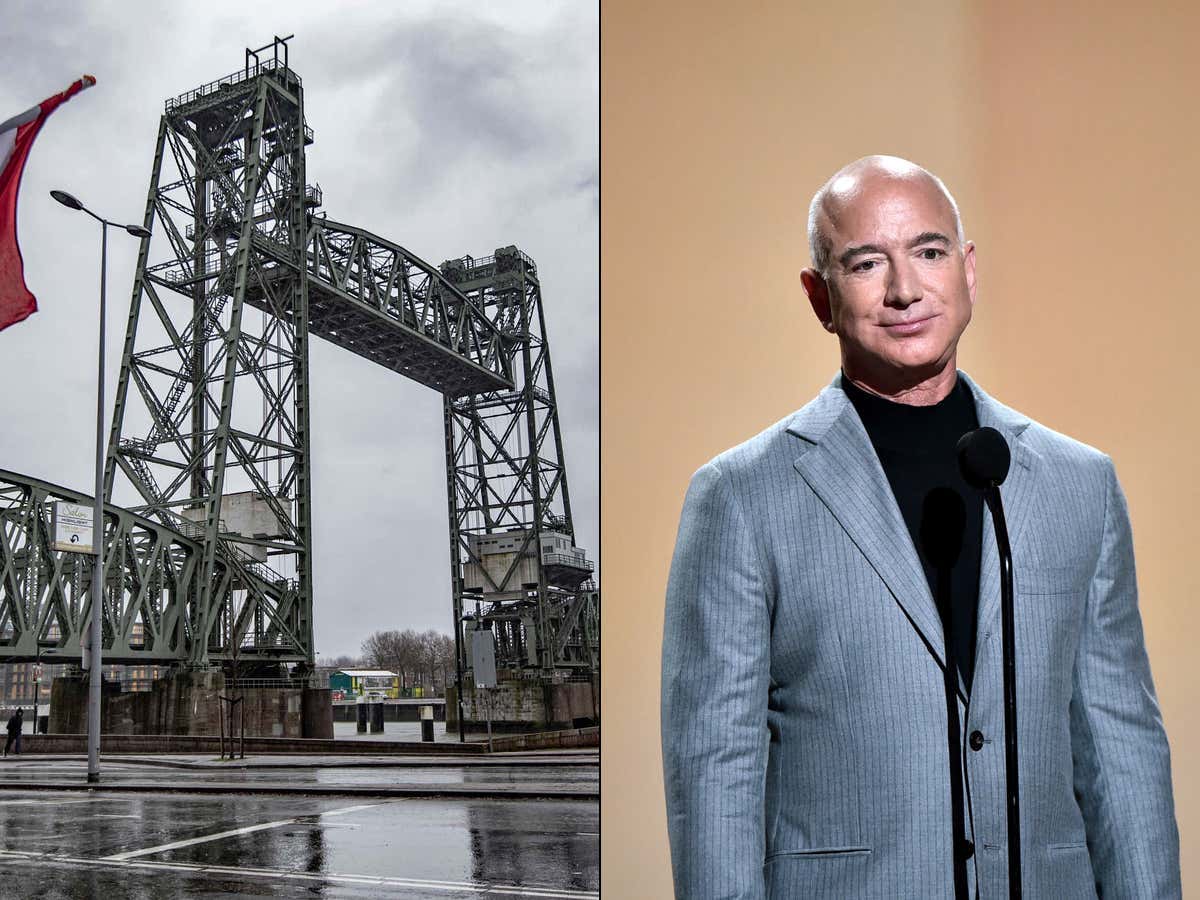 Dutch preservationists said they will bombard Jeff Bezos’ superyacht with rotten eggs if the city of Rotterdam follows through with reported plans to dismantle a section of a 140-year-old bridge to make way for the Amazon founder’s $500 million vessel.

Rotterdam residents took to Facebook to express anger over talk that part of the Koningshaven Bridge, which locals refer to as “De Hef,” will be temporarily removed so that the 417-foot high Y721 and its three large masts can pass its 130-foot clearance. Pablo Strörmann, 40, circulated an invite on Facebook urging locals to take action by bringing a case of rotten eggs with them if the yacht makes its way through the waterway.

The ongoing saga of Jeff Bezos' super yacht vs. this historic Rotterdam bridge has taken another turn. We've got a revolt on our hands!  The local Dutch citizens are fed up with the ultra billionaire flexing his wallet to tear down their beloved bridge so his 417 foot yacht can make its way to the ocean. What's their masterplan to stick it to the man? Over a thousand people have committed to egging the yacht upon its departure. 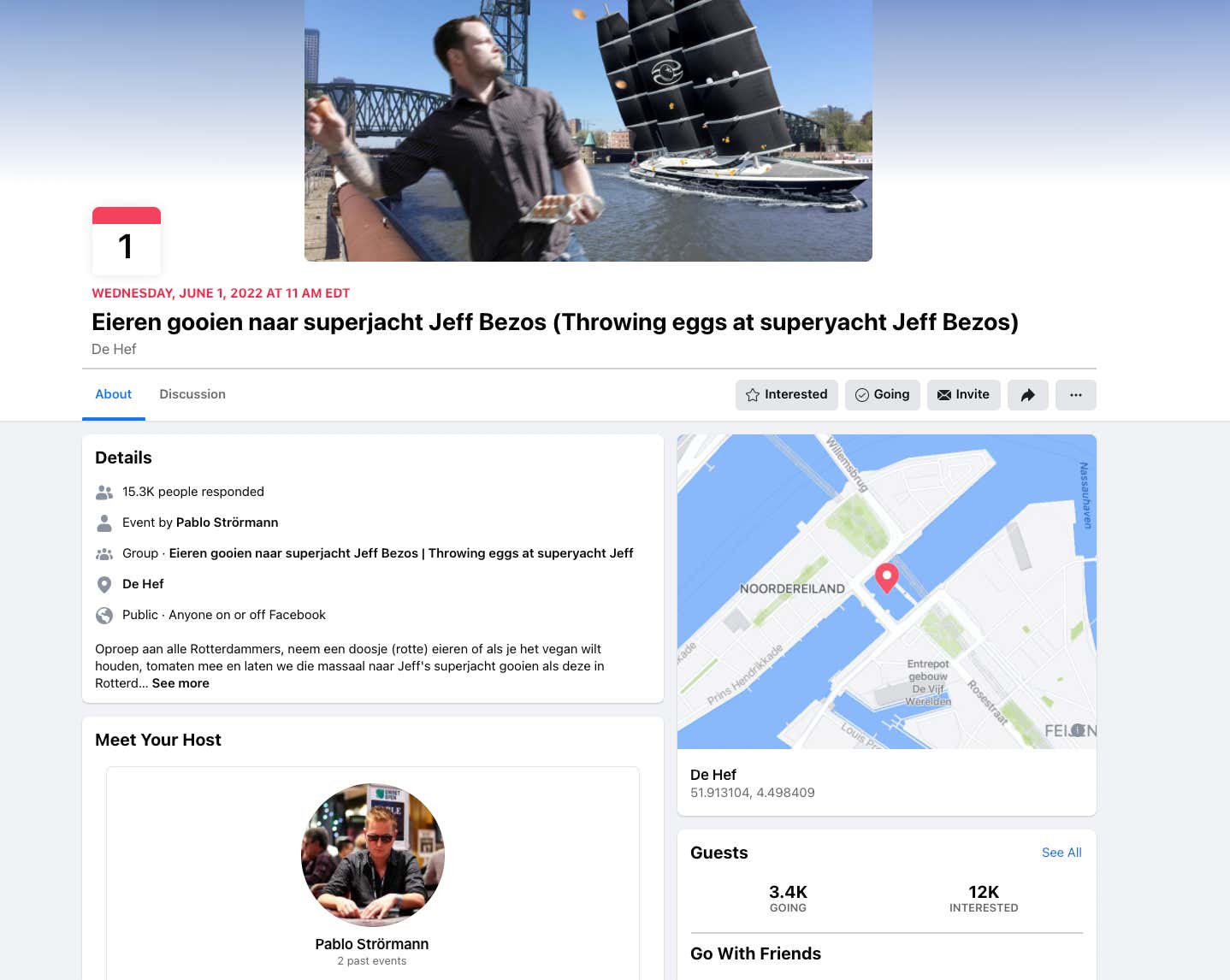 Now I want to make a few things clear. The bridge is going to be dismantled for only a few weeks (if that) since just the middle part is being taken down temporarily. Bezos is also footing the $20 million bill to get the job done which I imagine is going to create jobs in the city for the people. The bridge is also not in use anymore so zero traffic will be interrupted while it's going. Not trying to side with the billionaire here, but I mean he's not really doing anything wrong and people are angry to just be angry.

Imagine caring this much about a bridge?  I'd argue Bezos should be thanked by the Dutch for bringing such attention to the structure. No one, and I mean no one outside of the Netherlands knew of the Koningshaven Bridge before this story came out. Now it's going to be actually famous instead of being dubbed 'historic' going into this saga.

This all being said, I NEED to see the yacht get egged by thousands of angry Dutch people. I wonder if it has any automatic defense systems. Honestly if it doesn't have a defense system for $450 million then what are we doing here? What's the point? Here's a concept design for how it's going to look when 100% finished.

The egging of this yacht MUST be live streamed otherwise it's all for nothing. Sports are about to hit a lull after Sunday until March Madness gets cooking. We need this for entertainment purposes.

Will this egging do anything? Absolutely not, it's just going to make it a pain in the ass for his crew to clean the ship while he goes off elsewhere doing other billionaire things. They act like Bezos is going to be the one cleaning it on his hands and knees. Guy probably will forget he even had the thing built by the time it's all clean and ready to go. Hey but don't let that stop you from having your fun people. Get on Amazon, order those eggs in mass quantity and show him who's boss!