The Dropout, based on the eponymous ABC Audio podcast, is about the rise and fall of Elizabeth Holmes and her company, Theranos. 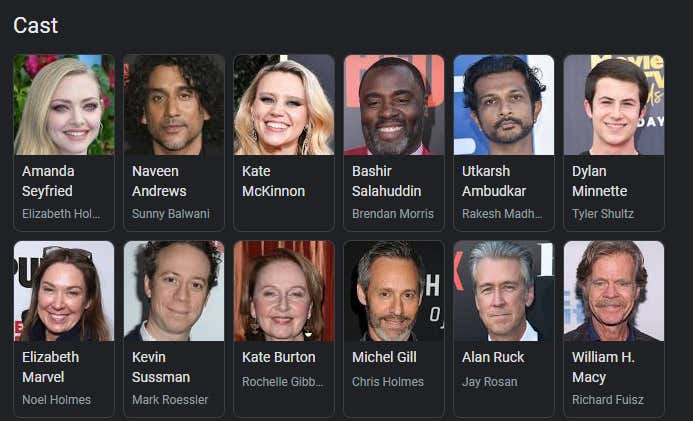 If you are not totally familiar with Elizabeth Holmes and Theranos, I would highly recommend stopping what your doing to check it out. She is one of the most fascinatingly bizarre human beings I have ever seen, and the fact that she was able to trick people into thinking her company was worth $10 billion dollars is nothing short of a miracle. I'll give a short summary, but I would highly recommend watching the documentary 'The Inventor: Out For Blood in Silicon Valley' on HBO.

The TLDR(still kind of L) of her story is this: She is a Stanford dropout who founded a company to make a machine that provide all the data a full blood panel does with only a single drop of blood. She managed to raise $700 million in funding from big names like Rupert Murdoch, Betsy DeVos and the Walton family. She built a big-name board that included former Secretary of State George Shultz, former Secretary of Defense William Perry, former secretary of state Henry Kissinger, former senator Sam Nunn, former senate majority leader Bill Frist, former admiral Gary Roughhead, then future Secretary of Defense Jim Mattis and former Wells Fargo CEO Richard Kovacevich.

They made a deal with Walgreens to put their machines in their store, and everything seemed to be going great. But it turned out that the machines just didn't work. They were insanely complicated and broke down all the time, which left Theranos faking their results by getting them done by a third party. The Company got exposed by the Wall Street Journal, and shuttered after getting sued into bolivian. She recently had a very public trial for fraud, where she was found guilty on four counts and is currently waiting for sentencing and looking at about 20 years in prison.

That is all just the technical stuff, though. The more fascinating part of this is Holmes and her personality. She basically molded herself as a 1:1 ripoff of her idol, Steve Jobs, all the way down to the black turtlenecks and white background like you see above. She also adopted this absurdly fake deep voice which you can see in all her interviews.

She was also in a relationship with her COO, investor Sunny Balwani. They had met while he was a married man and she was an 18 year old college student. That didn't stop anything, though, as their relationship continued from 2002 all the way through until the company imploded in 2016. Their "sexts" actually got read during their court proceedings and they are hysterical.

Anyway, the point is that she is such a fascinating weirdo that I couldn't wait for this series. You might be a little hesitant looking at that cast list and seeing Kate McKinnon. I'm happy to tell you that's just an error and that she, no pun intended. dropped out of this show a while ago and was replaced by Seyfried. I really like her as an actress and think this role gives her a chance to get out of her comfort zone and dive into a truly insane character. I was a little scared in the beginning when she wasn't doing the full deep voice, but we see her kinda of work into it as the trailer goes on.

The problem for a show like this is that I don't know how it can be more interesting than what actually happened. I have faith in Hulu, though, as they sneakily have some of the most consistently good original programming of any major streamer. They're currently doing another dramatization of a real story, 'Pam & Tommy', which is amazing so far. My only question is why they felt the need to make William H. Macy look like fucking Megamind.