Chris Berman went on PMT in an interview for the ages. Credit to Dan and PFT for continuously raising their own bar and consistently cranking out these kind of tier-1 interviews for fuckin YEARS now. Insert a bunch of other nice shit about PMT. Just an absolute wagon of a brand.

More impressive though is the sheer size and depth to Berman's wallet. It's been making the rounds for years now as a ridiculous wallet and finally we get to see it ourselves in Barstool programming. Big Cat has been chasing this high for years. From a 2017 Blog about Berman's wallet: 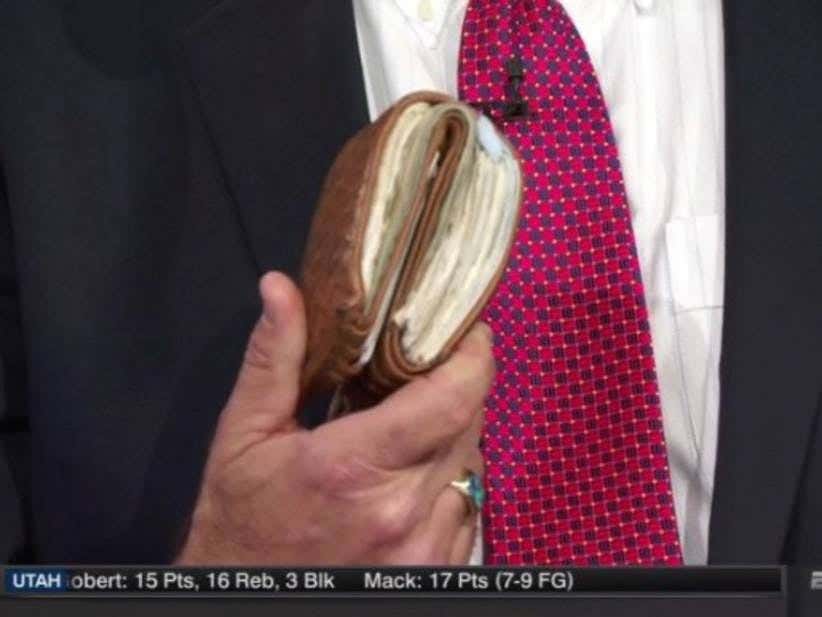 His wallet remains the 8th wonder of the world. Full on Constanza wallet. The Wallet that was a joke on a sitcom, that’s Chris Berman’s REAL wallet. Receipts from a decade ago, a billion business cards and about 200 hundred dollar bills. It’s an organizer, a memory, an old friend. Long live the King.

Nice to know it's the same leather considering Berman's robust appetite tanned animal skin. The guy loves leather but he's committed to the same bifold for at least the better part of a decade now. There's your #MondayMotivation. Love something as much as Berman loves this wallet. Like Craig Biggio's helmet, one look and you know this guy means business.

In any event go listen to the interview. Berman drops shares a world class tip on sizing people that might unlock the single easiest way to navigate social circles for the rest of your life.