The Book of Boba Fett introduced a new character at the end of their last episode and it lit the star wars community UP. That character is Cad Bane. If you aren't familiar with the Clone Wars animated series, then his name means nothing to you. Fans of the series, though, know that he is arguably the biggest badass in the entire canon universe of star wars. Let me break him down for you.

Bane is a Duros bounty hunter with a mile long reputation for getting any job done. The first time we see him in Clone Wars, he is hired by Palpatine to break in to the Jedi Temple and steal a Sith holocron. He succeeds, outwitting Anakin, Obi-Wan, Yoda and every other Jedi on his tail. He escapes Coruscant and proceeds to defeat and kidnap a Jedi, taking his Kyber memory crystal so that the Holocron can be opened. Bane interrogates the Jedi for information on how to open the holocron, and quite literally tortures him to death on screen.

When Anakin comes to retrieve the Holocron, Bane captures Ashoka Tano and forces Anakin to unlock the Holocron. In the ensuing chaos, he fakes his own death, disguises himself in Clone armor and sneaks on to a Republic battleship. He gets caught, but knocks out Tano and escapes to get his next job from Palpatine. The Holocron contains basically the Mission Impossible NOC list, except its a list of force-sensitive children. Palpatine hires Bane to go out and kidnap four of the children on the list.

Bane kidnaps 2 of them, but is arrested by Anakin when he tries to take the third. Anakin, Obi-Wan and Mace Windu(3 of the most powerful Jedi in the galaxy) all simultaneously use the force to try and break Bane's mind and get information from him, but they don't get a peep out of him. Instead, Bane tricks them by leading them into a trap on his space station. He escapes in the chaos, leaving the Jedi with nothing. 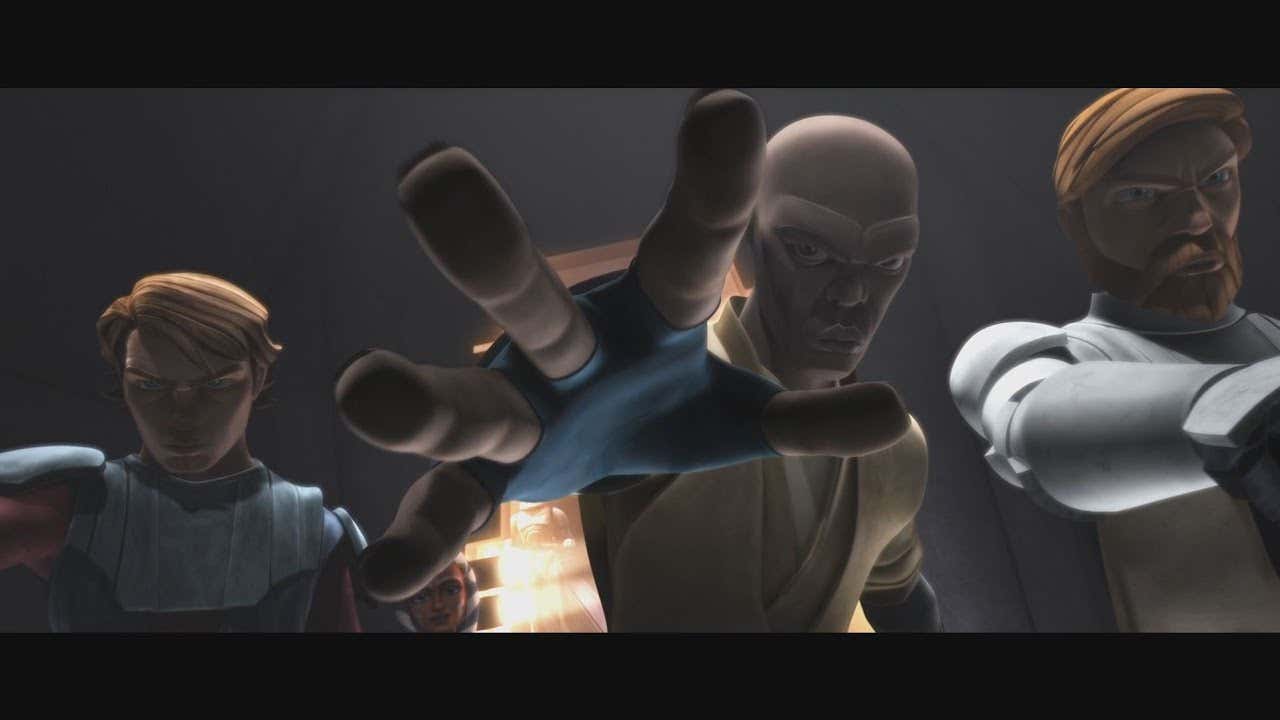 Bane is also hired by the Jabba the Hutt to free his uncle, Ziro, from prison. He steals R2-D2 and C-3PO and rips the blueprints for the senate from their memory before wiping it. He leads a team of bounty hunters into the senate building, where he kidnaps a group of senators(including Padme), killing one of them. He demands a pardon disk for Ziro from Palpatine in return for the senator's lives. Palpatine agrees, and Bane escapes a Jedi pursuit with Ziro.

Ziro later escapes the Hutts, and Jabba hires Bane again for retrieval. He runs in to Obi-Wan and another Jedi, Quinlian Vos, during his search. They have a big fight, and Bane beats down both Jedi before escaping. Later on in the series, we find out that he is in prison on Coruscant, apparently captured at some point. It turns out that he actually allowed himself to be arrested because he was hired by an inmate, Moralo Eval, to help him escape. Eval is trying to put together a scheme to kidnap Palpatine for the Seperatists. Bane reluctantly teams up with Rako Hardeen, a bounty hunter who was in prison for killing Obi-Wan. As you know, Obi-Wan was not dead. He actually faked his own death and disguised himself as Hardeen in order to infiltrate Eval's operation.

Smooth Kenobi is a horror that will haunt me for the rest of my life.

Anyway, Bane pays a young Boba Fett to start a riot in the prison to cover their escape. They get out through the cremation center, and Bane executes a trio of clones during the escape. Hardeen/Kenobi hesitates with a clone in his blaster sights, and Bane immediately gets the feeling that something is up. They escape the prison and fly to Nal Hutta, the homeworld of the Hutt family. They gather some new equipment, but Bane sells out Hardeen/Kenobi to the Hutts because he doesn't trust him. However, Bane and Eval are shot down by the Hutts while leaving the planet, and they find Hardeen/Kenobi to behind it. He also has a new ship for the group, so they decide to team up.

They meet up with Dooku, who has a whole bunch of bounty hunters gathered for a competition designed by Eval. The challenge is basically a squid games type deal, except the 5 surviving hunters would be officially hired on to the very well paying job of kidnapping Palpatine. During the challenges, Hardeen/Kenobi helps everyone survive, leading the core group to survive. Dooku notices this, and makes a comment that maybe Hardeen/Kenobi should lead the group instead of Eval. Eval responds by trying to drop him into a firey pit, but Bane saves him. Bane says "if you're gonna kill him, do it like a man"

Thegroup of bounty hunters proceeds with the mission to kidnap Palpatine, not realizing that Obi-Wan is part of their group. They succeed in taking out Palpatine's security, and take him to an exfil point where Dooku is supposed to meet them. Dooku ghosts them, and Bane loses a fight to the now revealed Obi-Wan. At some point, off-screen, Bane escaped prison. In the canon comic books, Bane is later paid by a seperatist captain to bomb the Jedi Temple, which he successfully does a short while before Order 66. He also trains Boba Fett in bounty hunting as a favor to the very dead Jango Fett, who had mentored him when he was younger.

In the Bad Batch, he has a few run ins with titular group. He has a one v one standoff with Hunter, which he wins with a quickdraw. He also has a standoff with Fennec Shand, which ended in a draw.

Well, now you are all caught up on who the new big bad is. He may have a few fuck ups on the books, but I would say that he is the best and most lethal bounty hunter in star wars. He has beaten and outsmarted the best of the Jedi. He's killed probably more people on-screen than any other character in the Clone Wars. He is a ruthless, cold-blooded killer and, if you're a star wars fan, you should be thrilled that he has joined the live action universe.

the book of boba fett+ 8 Tags