[Post] - The reporter just nodded his head while the proud dad let a few F-bombs fly.

“Yeah, I think really that he had a few too many drinks at that point, but you can’t really blame him, it was Waitangi Day in New Zealand (a national holiday) and his daughter just won the Olympics so..!” a laughing Sadowski-Synnott told Reuters.

Yeah, what about it? That's at least how I assume he responded when he found out he was going viral. If your kid wins gold medal at the Olympics, you better get a little liquored up. Hell, it was even more than that. Zoi Sadowski-Synnott won the first ever gold medal for New Zealand. If my son makes history, I'm going to be chugging beers during the interview and dropping f-bombs all over the place. You catch me in that moment that's on you, not on me.

Look at this smile too! That man is feeling good. 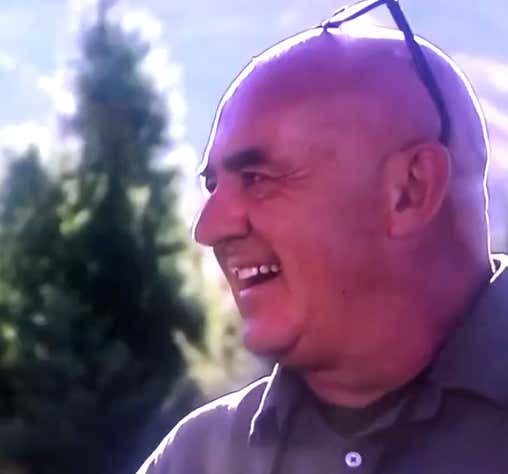 We've all been there. Well we haven't in the sense of watching our kids win gold. But you watch your team in a big game and get that win, next thing you know you're a few too many in. You can do nothing but have a shit-eating grin and deadpan talk about how fucking excited you are. It's okay! It's what makes sports great. This man is wearing as much of his emotion on his sleeve that he possibly can.

This is just peak dad though. We get a little older, hope for nothing but the best for our kids. I can't imagine what it's going to be like watching my son play sports. I don't do well as a fan, as I'm sure the majority of dads do. The moment something good happens, you celebrate. Throw in the fact it's a national holiday and this guy is going to have a day. Let the f-bombs fly man. Hey, like a true dad he even admits he missed her getting the gold medal. (h/t Daily Mail)

'I haven't actually seen the medal ceremony yet but I'm sure there'll be a flood of tears,' he told RNZ on Monday.

'After my couple of F-bombs on live TV and two big whiskeys, I slept pretty well.'

100% chance he fell asleep in a recliner. I can guarantee that. Love that he admits he slept well after a couple of big whiskeys and cussing on TV. Get this dude on TV more.