When your on a long road trip your mind wanders. When your on a long drive through Oklahoma your mind runs away from home and might never come back. During one particular hour long stretch on I-40, myself, Billy Football, Snapchat Steve, and Bubba decided to kill time conducting a draft of animals at various football positions. 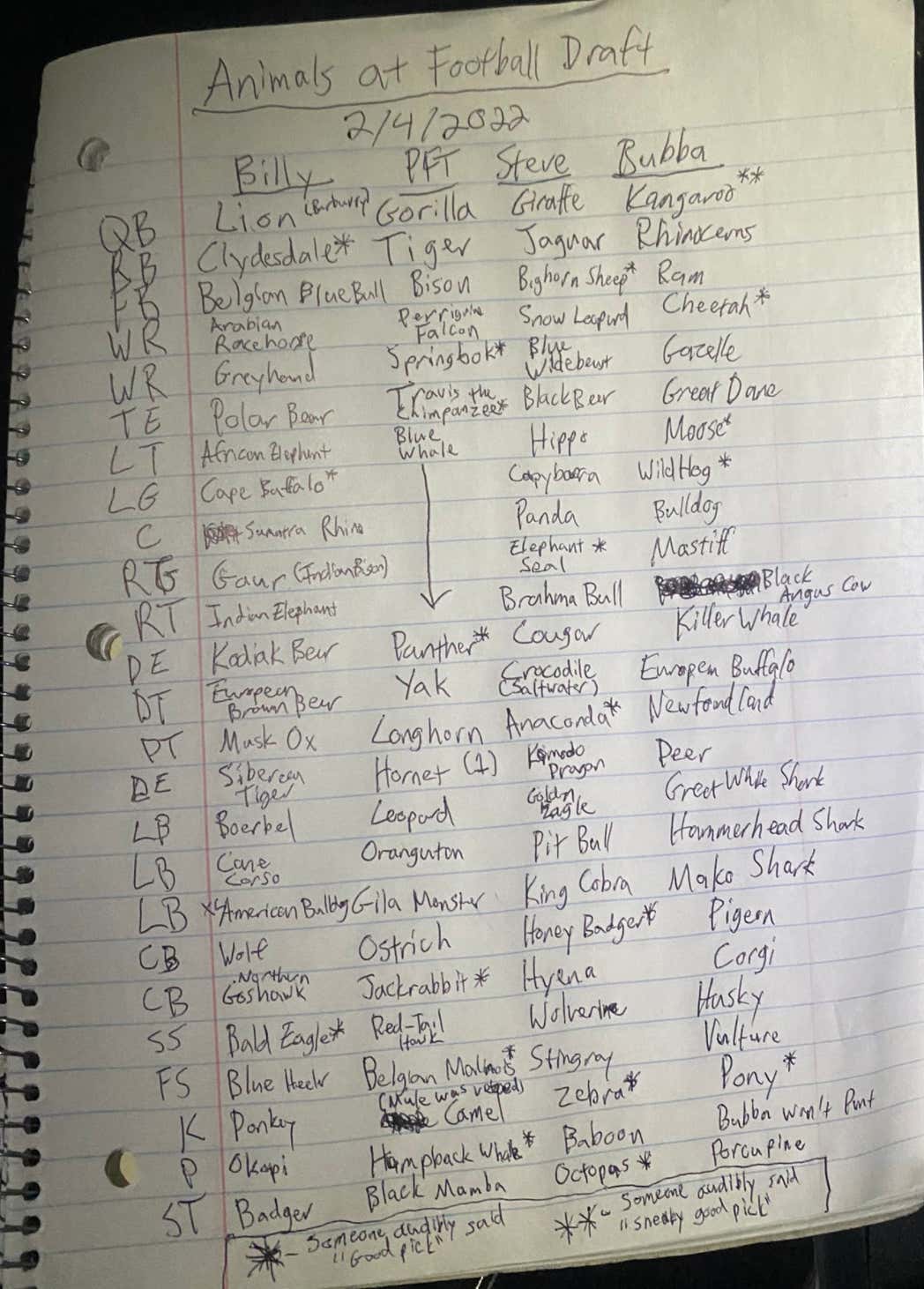 1. Various types of the same animal are allowed. Noah's lazy ass didnt save enough different species on his little boat to allow us to draft "horse" and move on.

2. Hybrids are not allowed. Billy tried to pick Grolar Bear on his offensive line and we told him to grow up. He helpfully reminded me of this when I tried to draft a mule as my kicker

3. My offensive line is just 1 blue whale on a football field, would be obviously be unfair to have multiples out there

4. Bubba was allowed to forgo punter because he said he was gonna be like Brandon Staley as coach

6. I think Snapchat Steve's pick of Anaconda at DT might have been the smartest pick of the draft

7. Yes I know my handwriting is bad but I was writing in a moving car. Not a excuse, just a fact.