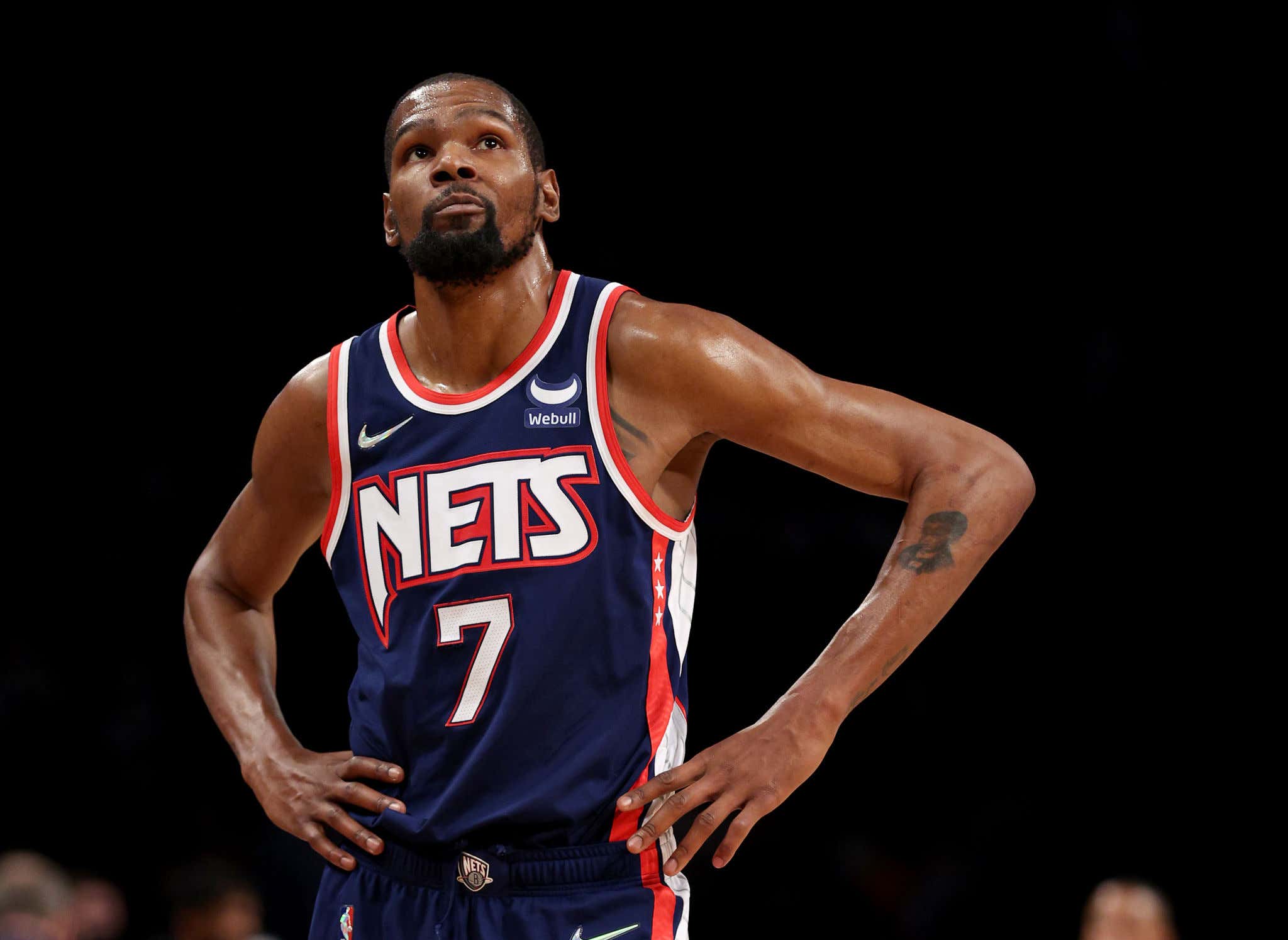 Things are rough right now for the Nets. They've dropped 6 straight, their most recent loss coming via a collapse against the Kings, and basically since Durant went down they've been pretty terrible

5-10 in their last 15 is pretty gross but that's what can happen when you have one of the league's worst defenders over that span. Since 1/15, or the last time Durant played, there have been 9 games for the Nets. Harden has played in 8 games and Kyrie 7. That still hasn't been enough.

As a result, we know what comes next. Takes so hot they melt your face. Sometimes they aren't even about the players actually playing! If that confuses you, let our man Stephen A take it from here

I'm sorry….what? Let's make something clear here. If the Nets never win a title with this group, they should absolutely be destroyed. Might be one of the biggest underachievement in NBA history if we're being honest. They stacked the deck. With that, you need to win titles. That was the talk from them and all their fans when they first teamed up, so that's the level of expectation and standards they are currently being held do.

But in no way shape or form is Kevin Durant going to be recognized more for leaving Steph than he is for winning TWO TITLES AND TWO FINALS MVPs. Kevin Durant is a generational offensive player who might go down as the best scorer in the history of the NBA. That is what he is going to be recognized for if anything. Not because he left the Warriors. People weirdly don't even want to give him credit for that shit anyway! I'm pretty sure Durant's legacy was already written before he joined the Nets. If they fail, that just becomes a chapter in his story, it doesn't become his entire story. That's just being a prisoner of the moment in my opinion.

As you could have expected, no chance Durant was going to sit this one out. He and Stephen A already have a long standing beef, mostly because Durant keeps exposing Stephen A for saying things that most likely are not true. Remember, he had Stephen A straight up bend the knee on live television because he called him out in real time. So, after his latest outlandish claim, Durant had a simple response

Simple, and to the point. I would tend to agree. That was an outstandingly bad take. The thing with the Nets and their title hopes is there's only so much KD can do. For example, if they lose a Game 7 in the playoffs at home, in large part because Kyrie can't play at home, that's on Durant and his legacy? I don't think it's exactly fair that Durant should have known how Kyrie would have handled a vaccine and pandemic when they first teamed up. That feels like a stretch. Is it his fault Harden is having one of the worst shooting seasons of his career and doesn't look all that invested?

If you want to say the Nets never winning a title would be one of the biggest gags in NBA history? No argument there. Every one of those three guys will have to own that and it will be part of their story forever. But it most certainly will not be what any of them are most remembered for.