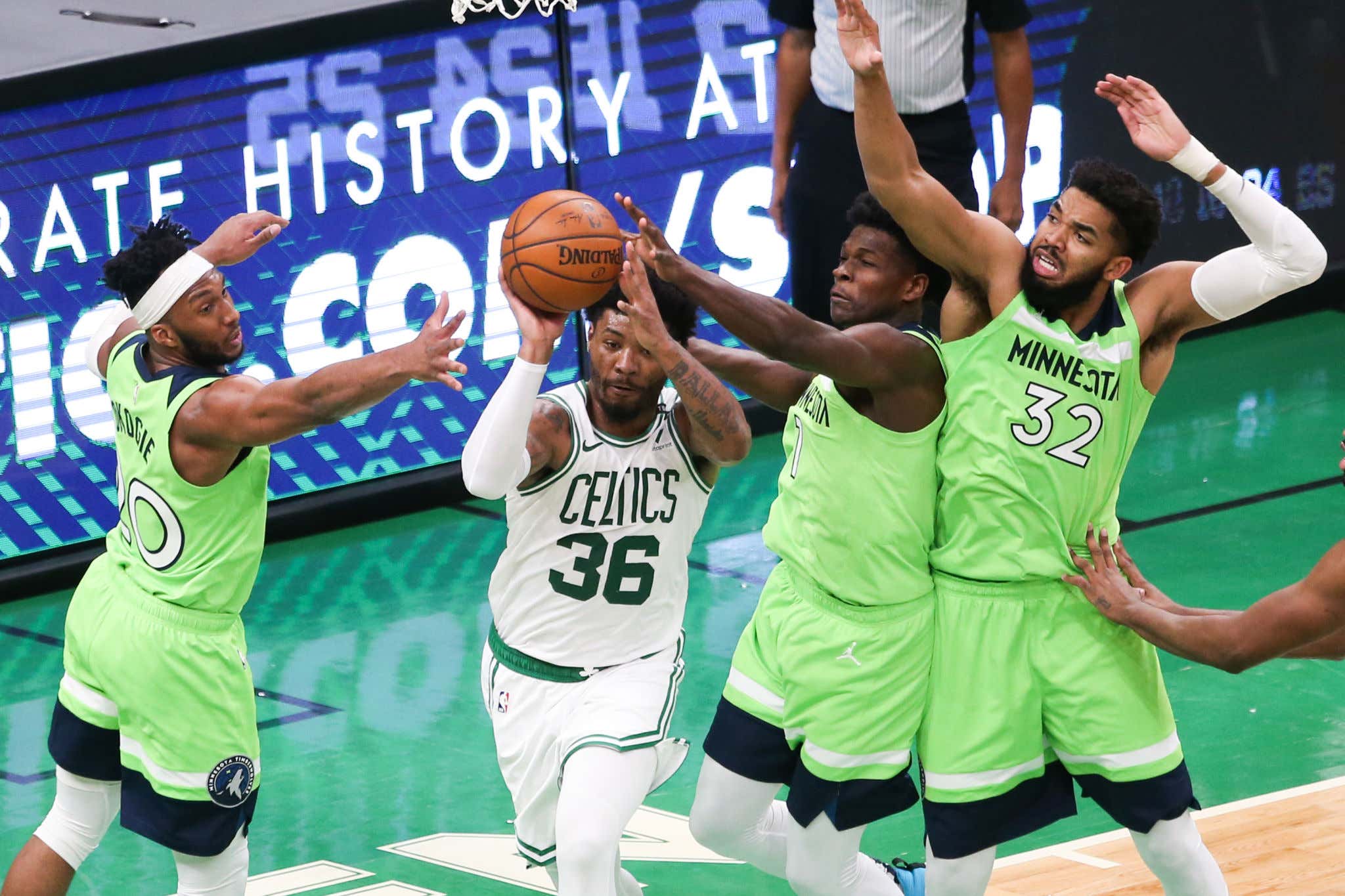 I'll make this quick. No thanks. Even if it has the first round pick or Jaden McDaniels. No thanks. Not really interested in giving up Smart for a player who is shooting 37/34% in 52 games and another raw young player with potential who is shooting 43/28%. Especially at a time where it's fairly obvious what a legit impact Marcus Smart makes on both ends and the level of importance he plays to the Celts success.

Yes, the Celts need shooting. You can do that in a wide variety of ways that do not include trading Marcus Smart for someone currently shooting 34% from three. We have those already. And even if you thought that maybe you could buy low on Beasley and he would rebound and look closer to who he was last year (44/39%), that's still not exactly a great trade off. My stance on Smart is pretty simple. He's not untouchable. Everyone has a price. But you only move him if you are bringing in a 100000% upgrade. That is not Malik Beasley and a 1st round pick. Sorry, it just isn't. You also then lose the ability to use his contract in any potential deal this summer for a bigger star.

It's not as if Beasley stinks, that would be taking things too far. But his production is pretty closely tied to his volume. When you think of him as that 19-20 ppg game scorer that he was to start his MIN tenure, he was getting 16 FGA a night. That is not happening on this team. He'd be lucky to get over 10. He's currently at 11 a night and you can see the drop off in his production. Not to mention, if you trade Smart and more than likely trade Dennis….who exactly are the point guards on this roster? Payton Pritchard. That's it.

I can understand why the Wolves would be interested. He would drastically help their defense as a team looking to crack the play in. But a deal has to make sense for both sides and I'm not sure that does. Brad talks all the time, including the other day how every move they make has to be with the goal of getting them closer to a banner. I'm not sure how flipping Smart for Beasley does that.

So for that reason…