How many of *me* would it take to kick Quinton "Rampage" Jackson's ass in a street fight?

Probably about seven, according to him - which, in my opinion, is a major compliment to me. Must've intimidated him at least a little with my flexing.

As we saw in The Suicide Squad, enough of anything, no matter how weak (like a rat or me), could take down even the mightiest of foes.... 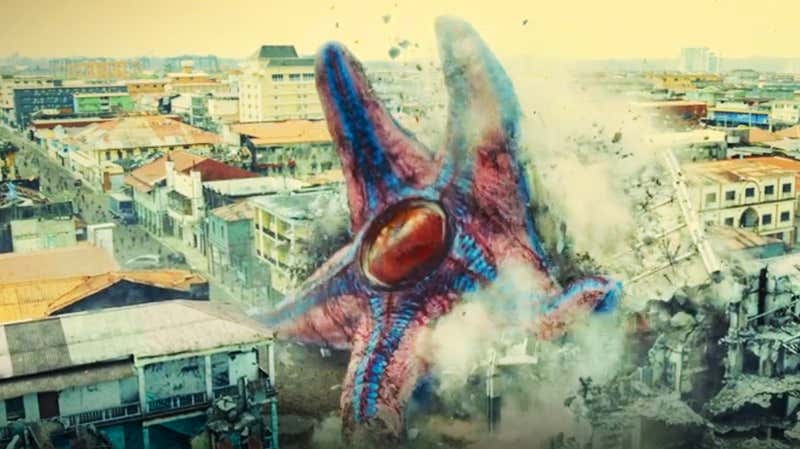 ….which makes me think maybe the seven of us DO have a shot if we attacked with the right strategy - so fuck it. If cloning is invented in our lifetimes, send me and my six other brethren the contract and we will all sign on the dotted line. At least three of us are gonna die, according to Rampage himself, but that's a sacrifice worth making for the pay-per-view in my opinion.

Rampage Jackson joined my in My Mom's Basement this week to discuss Triad Combat II, which he's heavily involved with as the "Coach" of Team MMA, and we wound up discussing his favorite fights and cities for BBQ, his rivalry with Shannon Briggs, what meeting Beyonce was like back in 2007, and even clone fighting - which he actually put a hilarious amount of thought into!

He was a really funny guy and a truly awesome interview (not to mention an absolute legend in combat sports) so I'd definitely recommend checking this video out if you miss his great sense of humor.