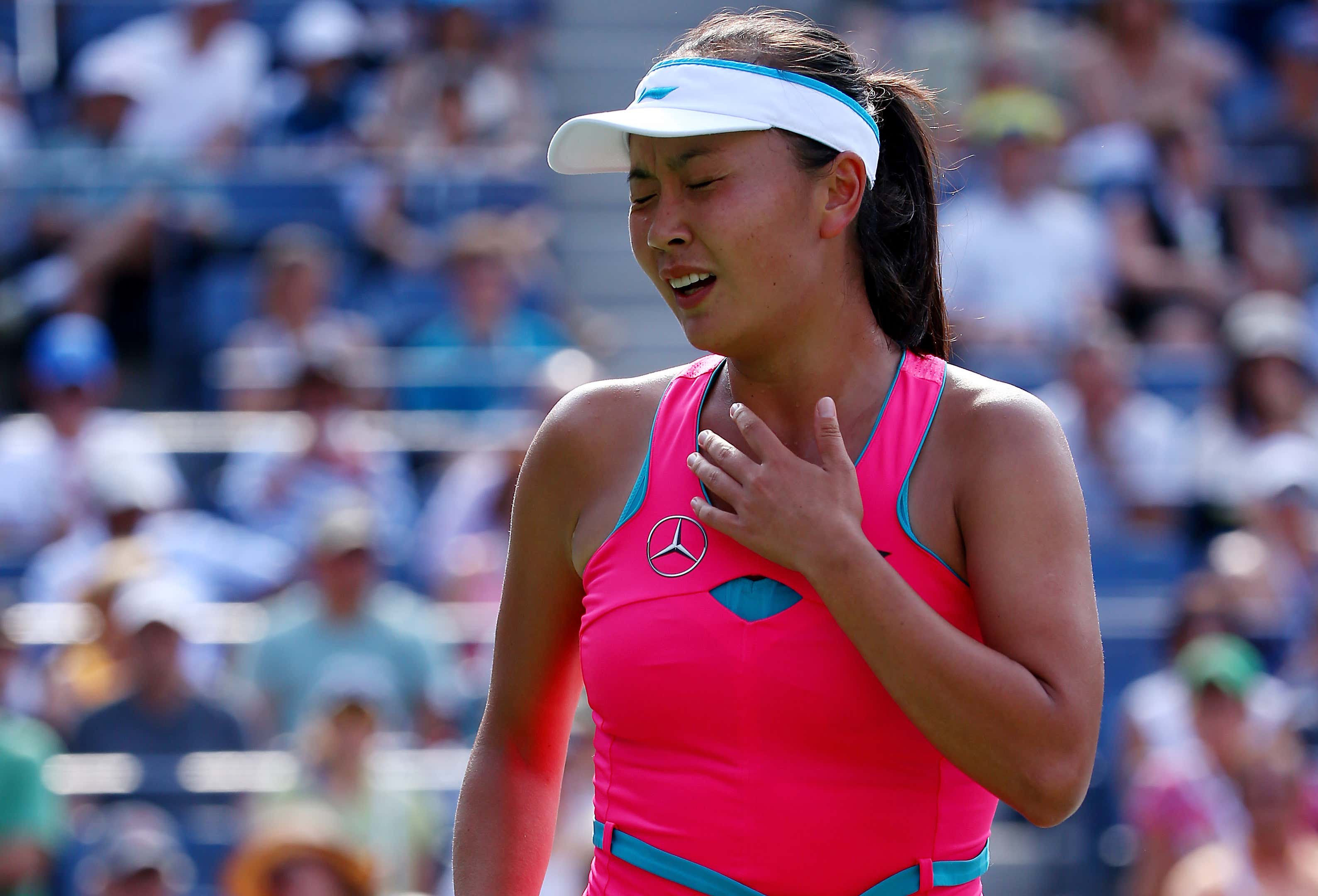 By now you are no doubt aware that the status and safety of tennis star Peng Shuai of China has caused major concern in the international tennis community ever since she accused a high ranking official in the Communist Party of sexually assaulting her.

She first made the accusation on social media. Quickly deleted the post. Then went missing. Followed by an email made public that was alleged to be from her recanting the claim. Then bizarre video was released on state run media that purportedly was meant to show nothing happened by convinced exactly no one and scared pretty much everyone:

So with the Olympics opening in Beijing today, it would figure that someone in the massive press corps covering the games would do the journalistic equivalent of a wellness check on Peng Shuai. I mean, even in one of the most restricted and controlled Games ever held, there's only so many questions you can ask about Curling before you just have to bring up a star athlete people around the world are worried about. 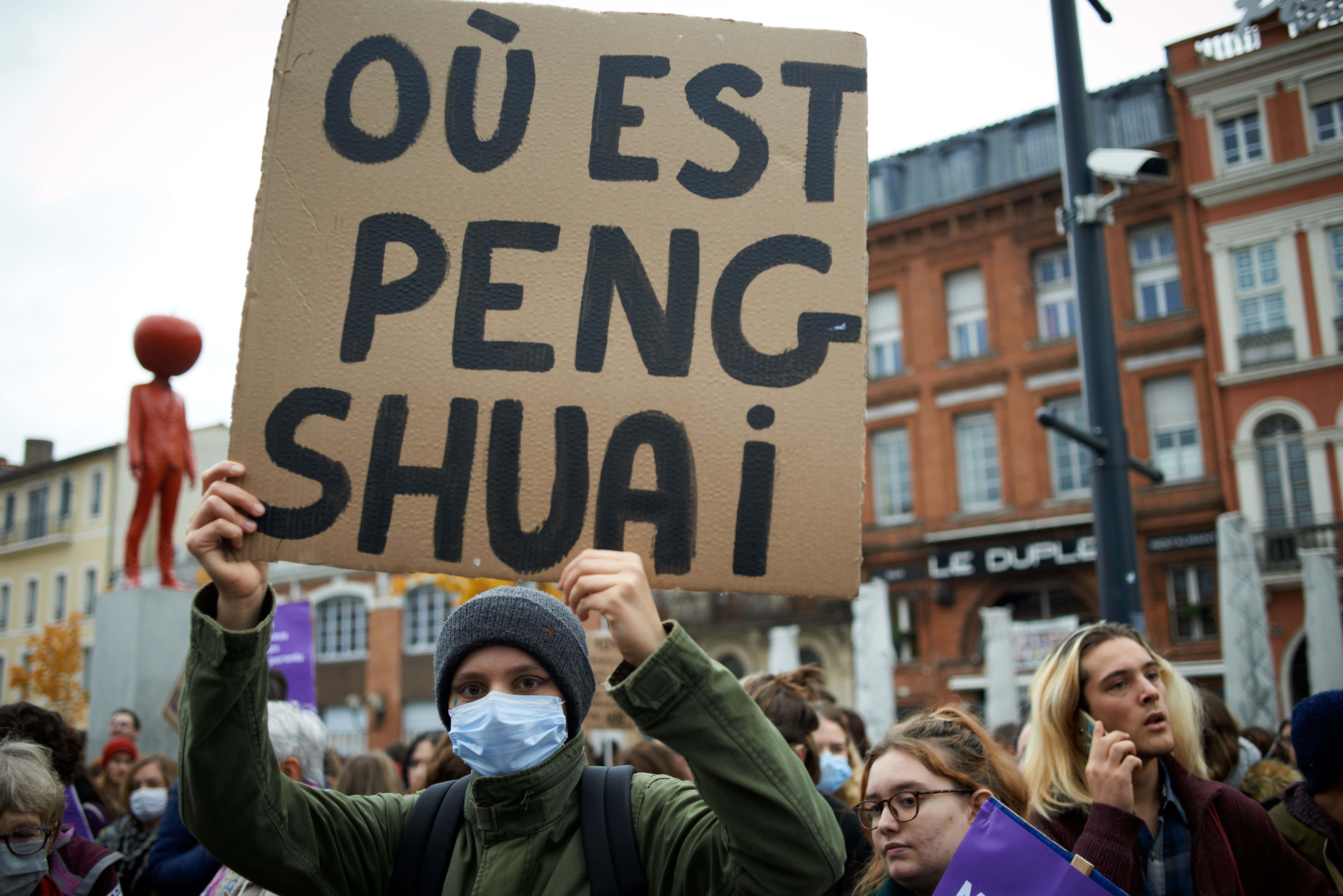 Well fear not. The CCP is not going to limit freedom of the press in Beijing. They have nothing to hide. They're hosting these games, not for the propaganda opportunity, but to spread the Olympic Ideal and demonstrate to everyone we are all just one, big, happy, international community who don't keep secrets from one another. And to prove that, they've got just the guy to meet with Peng Shuai.

Source - International Olympic Committee President Thomas Bach announced plans Thursday to meet with Chinese tennis player Peng Shuai amid heightened concern for her safety, adding that the IOC will "support" an inquiry to allegations of sexual assualt if she decides to pursue one.

Bach told reporters during a news conference ahead of the Beijing Olympics this week that he plans to meet with Peng in the "closed loop," the bubble that separates accredited personnel from the Chinese public, to confirm her safety. …

Bach is among the few people outside China to have spoken with Peng in the past three months in calls by video link with IOC staff, but those calls were met with criticism by frustrated tennis leaders and human rights activists who wanted footage or transcripts that could verify Peng’s well-being. They claimed the IOC was covering up for the Olympic host nation.

"We know from her explanations … that she is living in Beijing, that she can move freely, spending time with family and friends," Bach clarified Thursday. "Now we will be able to do the next step in a personal meeting to convince us in person of her well-being and state of mind."

Bach said the IOC would support a probe into Peng’s accusations but only at her request.

Well there you go then. I'm satisfied. Are you satisfied? You should be. Because if IOC President Thomas Bach is satisfied, we all should be.

Sure, you can be a cynic about this. Point out that China is putting billions into the IOC coffers for the rights to put on this little Humankind Family Picnic. Remind people how many cities the IOC has left in their wake with mountains of debt, squalid, deserted Olympic "villages" like something out of a post-apocalyptic video game, neglected facilities and swimming pools that become duck ponds. Or slander President Bach's organization by saying they're so corrupt they make the NCAA look like the Council of Elrond. You might even bring up the fact that later this year, Xi Jinping is being named General Secretary of the CCP for life, and these Games are considered his coronation.

You can do all of those things. But I choose optimism. In keeping with the Olympic Values of Excellence, Friendship and Respect, I believe that Bach is exactly the perfect person to meet with Peng Shuai. That none of these other factors will matter if she's in danger. If she requests a "probe" (awful choice of words there, Chief) into her accusations, well then by golly she's going to get it. And if she happens to start blinking "S.O.S." in Morse Code, this man of integrity will whisk her out of there and to safety, lickety split. Consequences, powerful interest and billions upon billions of dollars be damned.