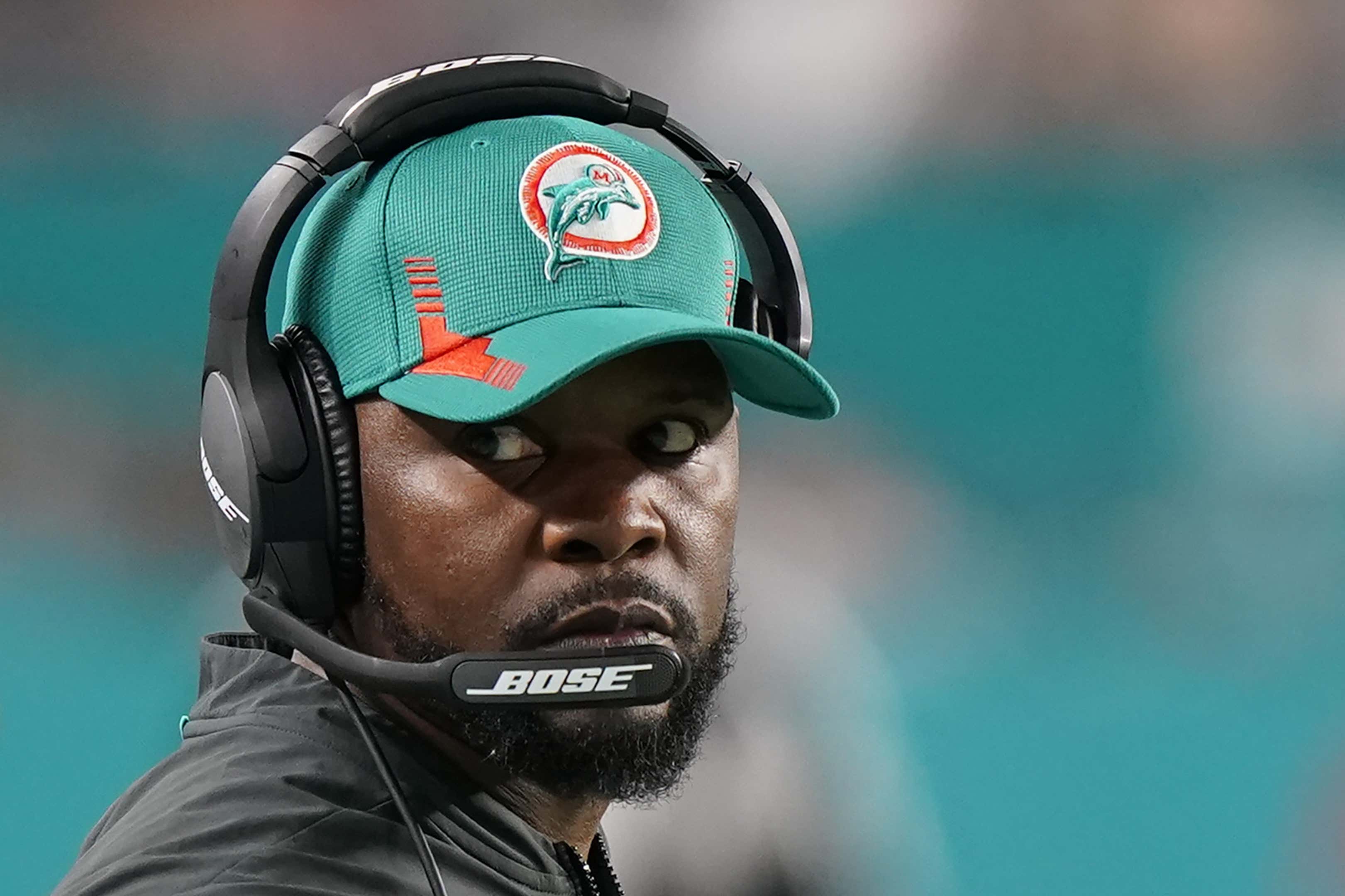 You might not know it from turning on some of Roger Goodell's state run media:

…. but Brian Flores suing the NFL is kind of a big deal.

And perhaps the least explosive allegation in the lawsuit was the stuff about Flores' interview with the Broncos, in which he alleges that John Elway showed up an hour late, looked like an unmade bed, and basically acting like he had no interest in being there.

I say "least explosive," not because that experience was any day in the park for Flores. Job interviews, by their very nature suck as it is, even in the best of circumstances. But we've all been through the process. We've all sat across from some manager with a thousand other thing on their plate and they make it abundantly clear that if you weren't there, forcing them to try and look into your soul to see if you could be trusted to grill their burgers or sell their products or write their humor blogs, they'd be dealing with more immediate issues. Or sitting quietly in their office with the door shut dreaming of retirement.

On the other hand, we've all shown up to some work-related thing not at our best. Doing the Walk of Shame into the building, looking like the drink in last night's glass. Mailing it the fuck in because nothing could be more important at that moment than a little coffee and quiet contemplation until it's time to go home.

But it's important to Elway that we all know that was NOT the deal in the situation.

Source - Elway said the Broncos “strongly considered,” Flores [and met with him] at a Providence, R.I., hotel. …

“While I was not planning to respond publicly to the false and defamatory claims by Brian Flores, I could not be silent any longer with my character, integrity and professionalism being attacked.

“I took Coach Flores very seriously as a candidate for our head coaching position in 2019 and enjoyed our 3 1/2-hour interview with him. Along with the rest of our group, I was prepared, ready and fully engaged during the entire interview as Brian shared his experience and vision for our team.

“It’s unfortunate and shocking to learn for the first time this week that Brian felt differently about our interview with him.

“For Brian to make an assumption about my appearance and state of mind early that morning was subjective, hurtful and just plain wrong. If I appeared “disheveled,” as he claimed, it was because we had flown in during the middle of the night … and were going on a few hours of sleep to meet the only window provided to us.

So we've got here is your classic he said/he said thing. An Eye of the Beholder scenario. Where one man's "Hard Working, Dedicated Professional Operating Without Sleep" is another man's "Probably Had Dinner on Federal Hill Then Hit the Foxy Lady Because He Stinks of Booze, Cheap Perfume and Hopelessness." Nobody knows except the people who were in that room.

And I have to assume this is going to be a huge issue in the suit should it ever go to trial. Flores isn't just suing because he says Elway was unkempt and uninterested in talking to him. For 3 1/2 hours. He's trying to demonstrate a pattern of behavior from all the teams he's talked to over the years, and claiming it applies to the entire NFL, solely because of his race. If it turns out Elway's version of events is the truth, and these Broncos execs rearranged their lives and had a restless night just to chat with him for 3+ hours like it was Joe Rogan and Jordan Peterson, that is not going to help Flores prove a pervasive attitude and a pattern of behavior. So this is going to be very interesting if we ever get to hear more.

For the rest of you, let this be a lesson to you. Whether you're the interviewee or the interviewer, always show up looking your best, projecting an air of competence, and above all, demonstrating professionalism.