So I'm just gonna assume by now everybody is caught up on this Neil Young vs. Spotify/Joe Rogan fiasco. I call it fiasco because what started initially as a political statement by Neil has now evolved into a media circus.

If you need a breakdown of it all, read my blog here.

In it, I alluded to the MONSTER investment group that purchased half of Neil Young's catalog for a cool $150 million a few years ago.

This entire thing is bullshit.

Because Neil Young doesn't even own his own fucking music anymore.

A little over a year ago Young sold 50% of his publishing to Hipgnosis Songs Fund, a UK-based investment fund, in a deal worth a reported $150 million.

It gave Hipgnosis the rights to the worldwide copyright and income interests from the 1,180 songs composed by Young.

Hipgnosis is in the business of acquiring any and all artist catalogs it can get its hands on, and then recouping its investment through royalties via streaming, sales, and ad placements.

Some of their other more notable clients include Mark Ronson, Chic, Barry Manilow and Blondie.

And do you wanna know who the big financial backer behind them is?

Well, you're just gonna have to tune in to "On The Guest List" this week to find out. I will be going IN on all this bullshit with in-depth analysis on who and what are pulling the strings. And why.

As promised, White Sox Dave, myself, and our podcast partners Kenny and Colin along with Colin's bandmate Will took to Zoom to discuss everything.

If you're unfamiliar with our podcast, "On The Guestlist", this is a GREAT intro episode.

As you'll see/hear in the podcast, I delve into where the money leads in this whole charade- because make no mistake, it is all about the money. Always.

Turns out that back in October of last year, a giant investment fund that goes by the name of Blackstone bought a controlling stake in "Hipgnosis", the group that had earlier purchased half of  ̶s̶e̶l̶l̶ ̶o̶u̶t̶ Neil Young's music catalog for a cool $150 million.

Reuters - Blackstone (BX.N) said on Tuesday it would deploy around $1 billion in partnership with an advisory firm owned by music executive Merck Mercuriadis to buy music rights and record songs as online streaming gains popularity and becomes more lucrative.

As part of the partnership, Blackstone will take an ownership stake in Hipgnosis Song Management, an adviser to the London-listed music catalogs investor Hipgnosis Songs Fund (SONG) (SONG.L).

The pandemic and lack of live concerts has prompted artists, including Bob Dylan, to monetize some of their older work, at a time streaming services have been garnering listeners.

So a literal background on these Blackstone guys. 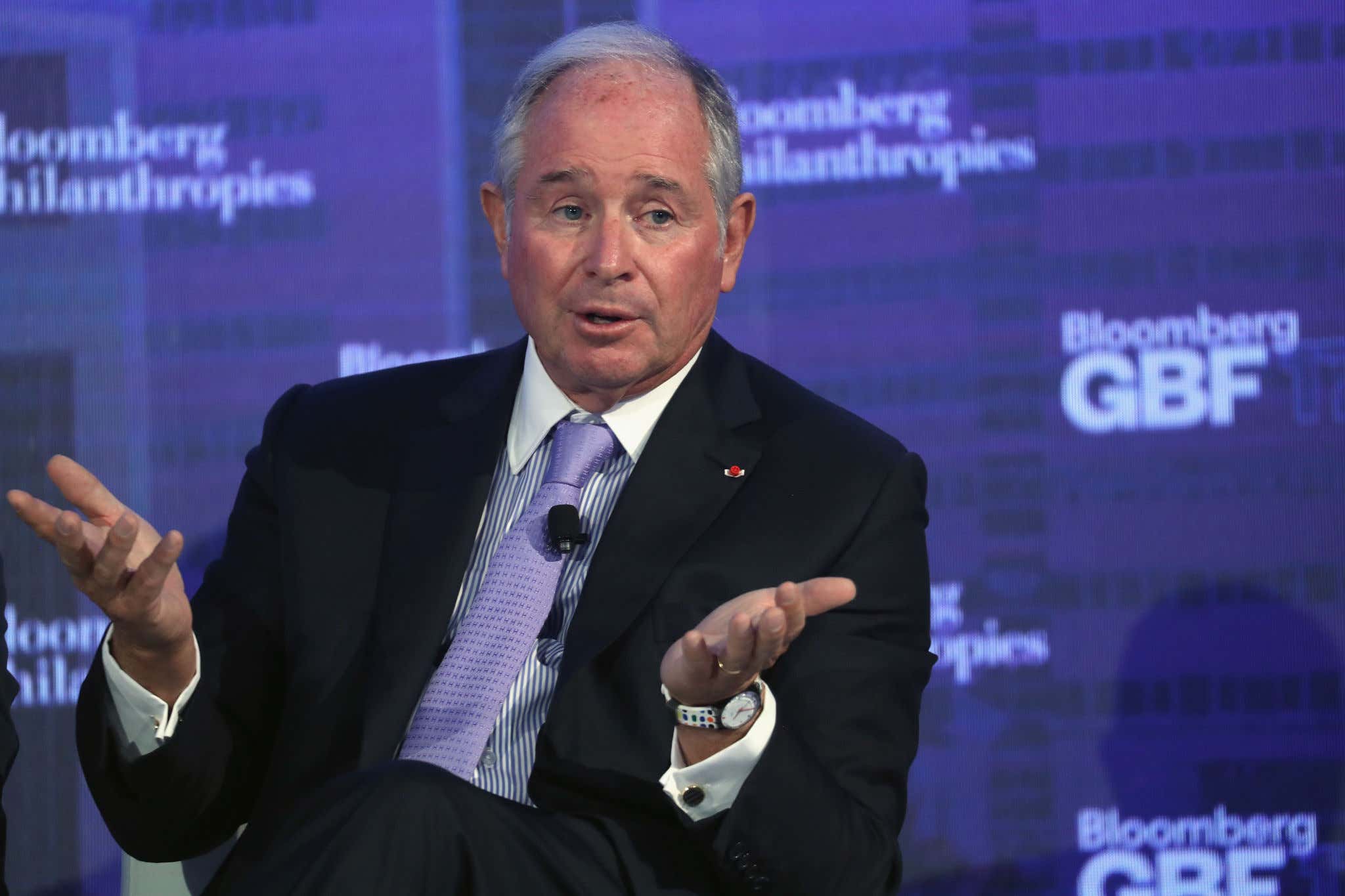 They're pretty much the worst.

They are also not to be confused with little (but still giant) brother Blackrock.

Blackstone Group was originally formed in 1985 by Peter Peterson and Stephen A. Schwarzman as a "mergers and acquisitions advisory boutique". BlackRock came about in 1987 when Peter and Stephen entered into a partnership with Larry Fink and Ralph Schlosstein - each who previously ran a mortgage-backed securities division at First Boston and - good old Lehman Brothers.

Ever heard of them?

Without getting into the juicy details - we all know about the 2008 housing market collapse and Lehman Brothers. Moving forward.

The Blackstone Group is the literal embodiment of unfettered, relentless capitalism spreading across the globe. Their website describes themselves to be:

"a leading global investment business investing capital on behalf of pension funds, large institutions and individuals. Our mission is to create long-term value for our investors through the careful stewardship of their capital. We invest across the alternative asset classes in private equity, real estate, credit and hedge funds as well as in infrastructure, life sciences, insurance, and growth equity. Our efforts and capital grow hundreds of companies and support local economies"

"Blackstone has grown its size nearly four-fold since its 2007 IPO.

But the biggest private equity firm on Wall Street has seen even greater growth in its real estate division, which has expanded from a $17.7 billion business when Steve Schwarzman took his company public to one that today manages nearly $100 billion worth of property."

Yes Jim, after the 2007-2010 subprime mortgage crisis in the United States, Blackstone Group LP bought more than $5.5 billion worth of single-family homes to rent, and then be sold when the prices rose.

They essentially did their homework, took over entire neighborhoods of single-family homes in areas they knew would be hot, and drove those rental prices through the roof. Once rental prices were sky high and purchasing became a better alternative for young families, even at inflated prices, they turned to selling.

NOTE - none of this is "illegal". Extremely manipulative? Yes. But as the wealthy will tell us peasants, it takes money to make money.

But do you see where this is going?

Blackstone is the largest real estate company in the world now. Yes, even larger than the Catholic Church and McDonalds; and they are continuing to buy up assets - housing, commercial - all over the world; right now for sometimes 50% more than they are worth.

And now they've also set their sights on the music world.

If you own a hospitality venue, or live music venue, or anything commercial that even has TVs in it you know who these cocksuckers are.

SESAC is one of the three "music label representative groups" whose job it is is to recoup money "for their artists".

How they do this?

They hire college grads looking to "get into the music industry" to essentially be shake-down artists.

They're smart too as they set up call center headquarters in music capitals like Nashville, LA, and NYC. These little bloodsuckers will scour the internet, and now social media, for new businesses and do a little background to see if they have live performers (bands, DJs, solo acts, etc), if they are streaming music at all, or if they even have TVs because TVs play commercials and commercials have songs in them. They then call or email the venue incessantly until they talk to somebody in charge and inform them that they owe royalties to their artists.

Who are their artists?

Nobody really knows, but between BMI, SESAC, and ASCAP, I'm pretty sure they're all covered…

Anyway, they will base what you owe based on what your capacity is- which they will intimidate you into telling them. And then "offer" you a yearly license.

Never mind the fact that you are already paying your band, or DJ, to play music that they already purchased the actual song (or backing track) to, or you are streaming music (Spotify for example) that you already pay a monthly subscription fee for, or you just have fucking Sportscenter on loop on your TVs that you're paying a cable bill for- they still want a cut on top of it. And they get it.

I digressed a lot there but if you can't tell, I can't fucking stand these companies and their business practices. And it is zero surprise that Blackstone is behind one of the largest of them.

So between investments, housing, and now music rights- these guys have their hands in a lot and are well diversified.

(If that was all too much to read, this video does a decent job explaining some of it)

(Also, if you really want to put your tinfoil hat on, these guys purchased WTC Building #7 in 2000, shortly before 9/11)

I bring this all up because it's awfully hypocritical for a man who has built his career identity on representing the common man, and calling out the establishment to be shilling and in bed with one of the largest capitalistic beacons in the world. Responsible for squeezing the common man any and every which way.

When "Young" came out against Spotify for allowing Rogan his platform, and ultimately made good on his word and took down his music, people scoffed that he wanted out anyway (he'd previously yanked his music over shoddy streaming quality years prior).

But Young’s publishing revenue from Spotify last year amounted to $308,000, according to Billboard, which was about 19% of his revenue.

That's a lot of fucking money for a semi-retired musician. I don't care who you are.

That's a lot to walk away from.

Which makes you wonder.

As I predicted, this thing snowballed quickly over the last week, with a few other artists following suit and other much larger names being thrown into the discussion despite never actually making any statements regarding Young or Rogan (Foo Fighters for example). Which also makes you wonder.

In 2020 Blackstone named a man named Jeff Kindler to its senior advisory board. 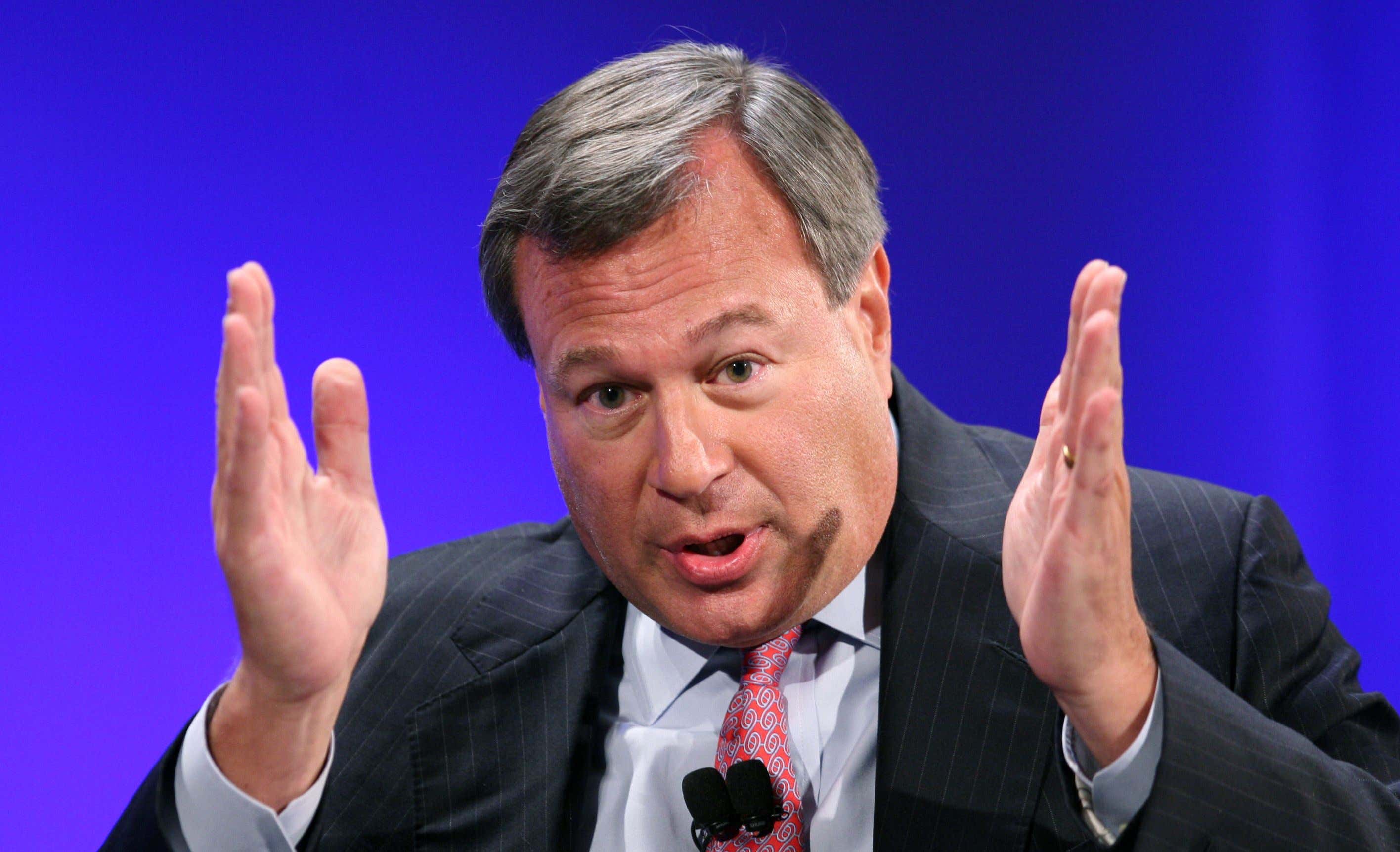 Jeff Kindler was an accomplished C-suite executive, having served in senior roles at General Electric and McDonald’s. But most notably, he was the CEO of Pfizer Pharmaceuticals.

The COVID-19 vaccine is perhaps Pfizer’s biggest product to date, with a forecast of about $65 billion in sales for 2021 and 2022, which is about 80% of Pfizer’s entire revenue.

I'm not claiming to be connecting any dots here, or pointing any fingers in an "aha, gotcha" moment, but I am saying this entire thing stinks.

And that was BEFORE those three Patriottakes clowns came out with the smear campaign against Rogan over the weekend. When you take that into account as well, you can see that it seems awfully coincidental to say this has all evolved naturally and by chance. It seems far more likely, and sadly realistic that it's a well-coordinated, and orchestrated takedown.

Was the Neil Young/Spotify thing just a smokescreen?

And like I said on the podcast, if Neil Young, and his fellow artists that are up in arms about Rogan, and the guests he has had on that they claim have spread misinformation, TRULY care about this, and about the well being of the people they believe follow The Joe Rogan Experience blindly, then why not request (or demand) to go on the show and bring their own expert, to prove to Rogan and his audience why Rogan’s previous guests were incorrect and spreading false info? Wouldn’t that resonate so much louder and reach so many more people than this silly boycott?

I guarantee Rogan would not only grant the interview, he’d welcome it.

And people like us, with open minds, would all benefit from a civil discussion.

You can call me a conspiracy theorist like many do for not accepting 99% of things at face value and for asking questions, but to me none of this adds up.

This guy Jimmy Dore did a pretty good podcast on the subject as well.

But again, if you're interested in this subject, or just want to know what the hell is going on, give our podcast a listen, or view

and stay tuned to this week's as we will continue to discuss this as well as what else is going on in the music world. Like and subscribe!