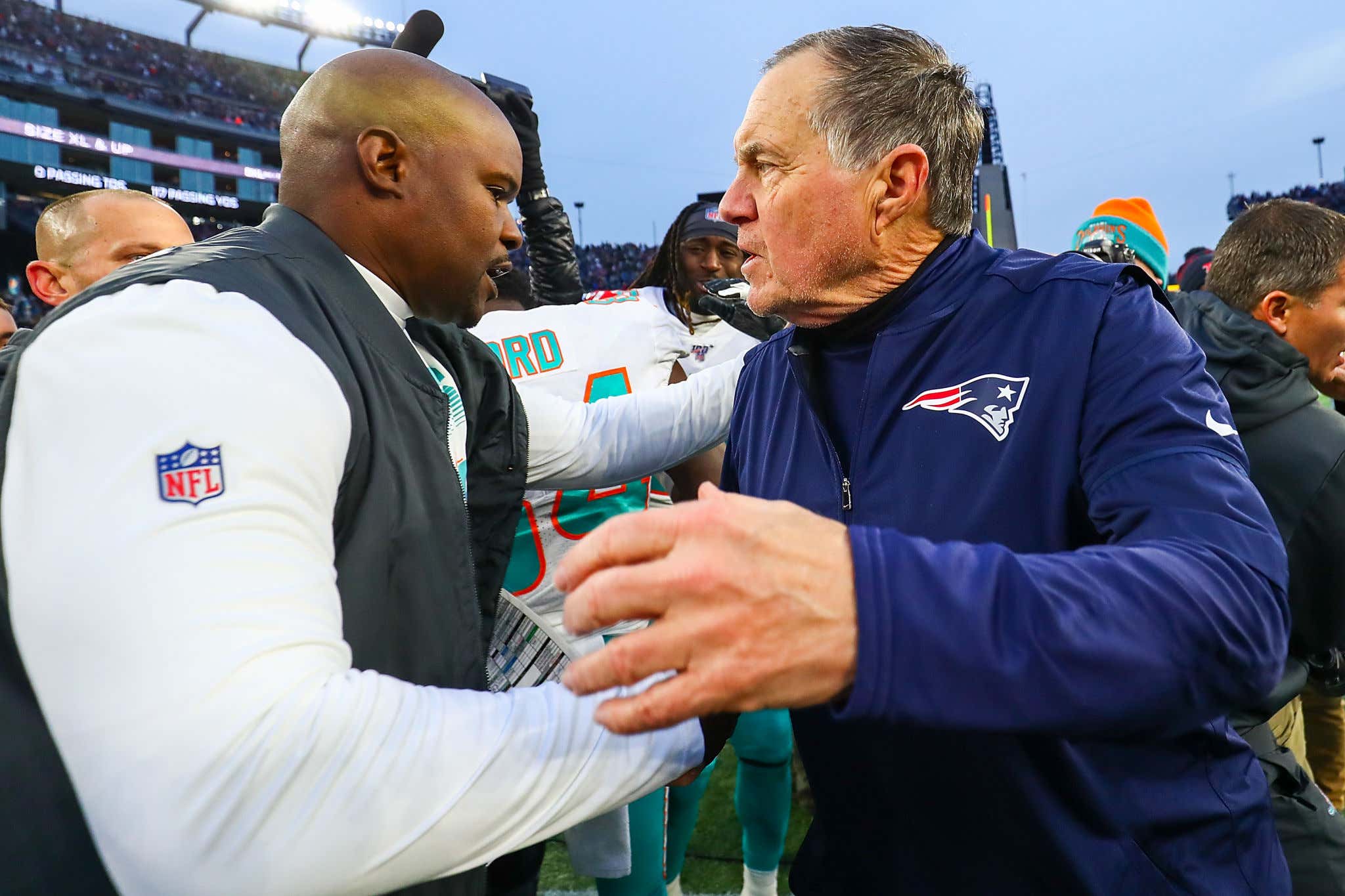 There is not much that will make a little problem like the greatest athlete in the long and glorious history of great athletes in your area retire with a heartfelt goodbye to a city he's barely become accustomed to - and not to you - like this. Like having your head coach appear in the first line of a lawsuit that is shaking the NFL off its foundations.

Clem of course has just posted the comprehensive and astonishing details here:

So I'm just here to drill down on the Bill Belichick parts: 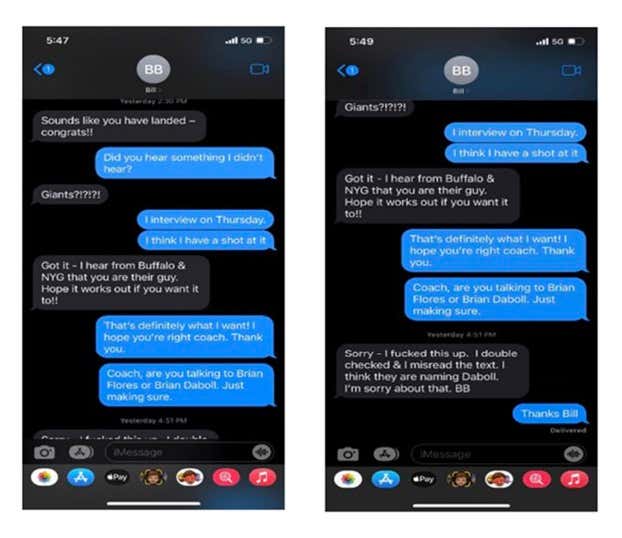 There but for the grace of God go all of us. Let ye who has not gotten ourselves turned around while conducting two or more text threads at the same time, or otherwise sent something to the wrong contact, cast the first stone. Marriages have ended over such mistakes. Entire sub-Reddits are dedicated to screencaps of sexts accidentally sent to family members and whatnot. The only people who haven't are 80-year-olds who never text. So it's completely understandable that 69-year-old whose megamind brain is constantly occupied with improving his football team would get his Brians crossed.

He read the text from his moles with the Bills and Giants too quickly and contacted the wrong guy. You can just picture Belichick scrolling through the messages on his flip phone, distracted by a video of the Bills' 3rd & short package running on his computer, Nick Saban on the landline making Senior Bowl plans, and Nike the GM Dog running around with a tennis ball in his mouth. It could happen to anyone with an empire to run.

But if past is prologue (Spoiler: It usually is), the NFL won't see it this way. Brian Flores is going Scorched Earth on the league. He's Sherman, marching to the sea, destroying railway lines and burning houses as he goes. So the NFL has to do what it does best.

Trust me, I saw this when it first came out in the theaters. The last thing the league wants anyone thinking about is the fact the Dolphins owner Steve Ross ordered Flores to tank, offered him money to lose on purpose, or tried to get him to conspire to tamper with a not-yet-free agent quarterback ahead of the legal tampering period. The second-to-last thing they want anyone to notice is Brian Flores got fired unfairly and is currently getting passed over for available jobs. The third-to-last thing is how the Rooney Rule isn't accomplishing jack squat. That's not going to go well with their current message which is "Football is great! Now buy some officially licensed Black History Month gear at NFL Shop.com!"

So they will launch Operation: Change the Subject. The focus will be on why is Bill Belichick privy to other teams' hiring decisions before all their candidates have even been interviewed. How did he manage to get spies in Buffalo and with the Giants? Or better yet, does he have their offices bugged? Is this Spygate 3.0? Ted Wells' is probably on a Zoom call with Park Avenue as we speak. And the guy who actually put Brian Flores on the fast track to a head coaching career, Miyagied him, taught him the ropes, made him a wealthy man, and sends him friendly texts filled with exclamation points will end up paying the price for the sins of others. Sins that are actually big deals.

The bottom line is, Belichick may never see another draft pick again after this. But if the league does try to come after him for a simple mistake, he ought to hire Flores as his defensive coordinator, purely out of spite. And make Roger Goodell hand him the trophy when they win their seventh Lombardi.