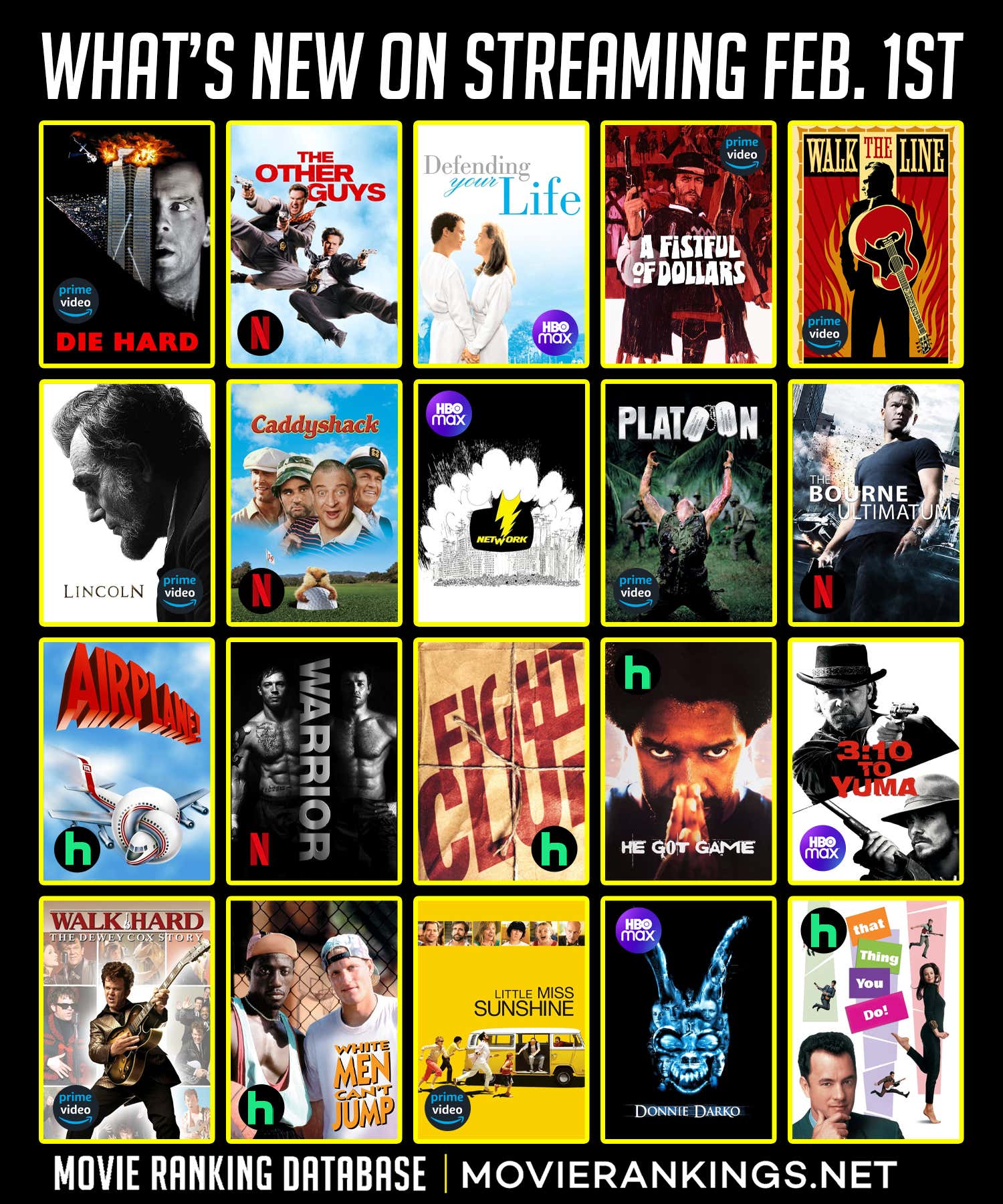 A Fistful of Dollars - Prime Video - 95/100: The unofficial remake of one of the best samurai movies ever, 'Yojimbo', is one of the all time westerns in it's own right. The story is awesome, the gunfights are classic and Clint Eastwood OOZES cool. People can harp on John Wayne and his westerns all they want and that's totally fine. For my money's worth(pun intended), though, the Dollars trilogy defines the genre.

Caddyshack - Netflix - 95/100: Obviously, Caddyshack is one of the greatest comedies of all time. A whole bunch of legends at the top of their game delivering some of the funniest and timeless lines you'll ever hear. Personally, I have it ranked as the #2 greatest comedy of the 80s only behind another classic.

Warrior - Netflix - 90/100: This may not be considered a classic like the previous two movies are, but I truley think it should be considered must-watch. It is obviously the best MMA movie ever, but I also think it is one of the best fight movies. I would only put Rocky, Raging Bull and Creed ahead of it. Awesome family story too which always leaves me tearing up.

Here is everything else

Netflix: Anaconda, Batman Begins, Caddyshack, Despicable Me, Donnie Brasco, That's My Boy, The Addams Family('91), The Book of Eli, The Bourne Ultimatum, The Dark Knight, The Devil's Advocate, The Exorcist, The Hangover, The Last Samurai, The negotiator, The Other Guys, Transformers 2 + 3, Warrior, Watchmen