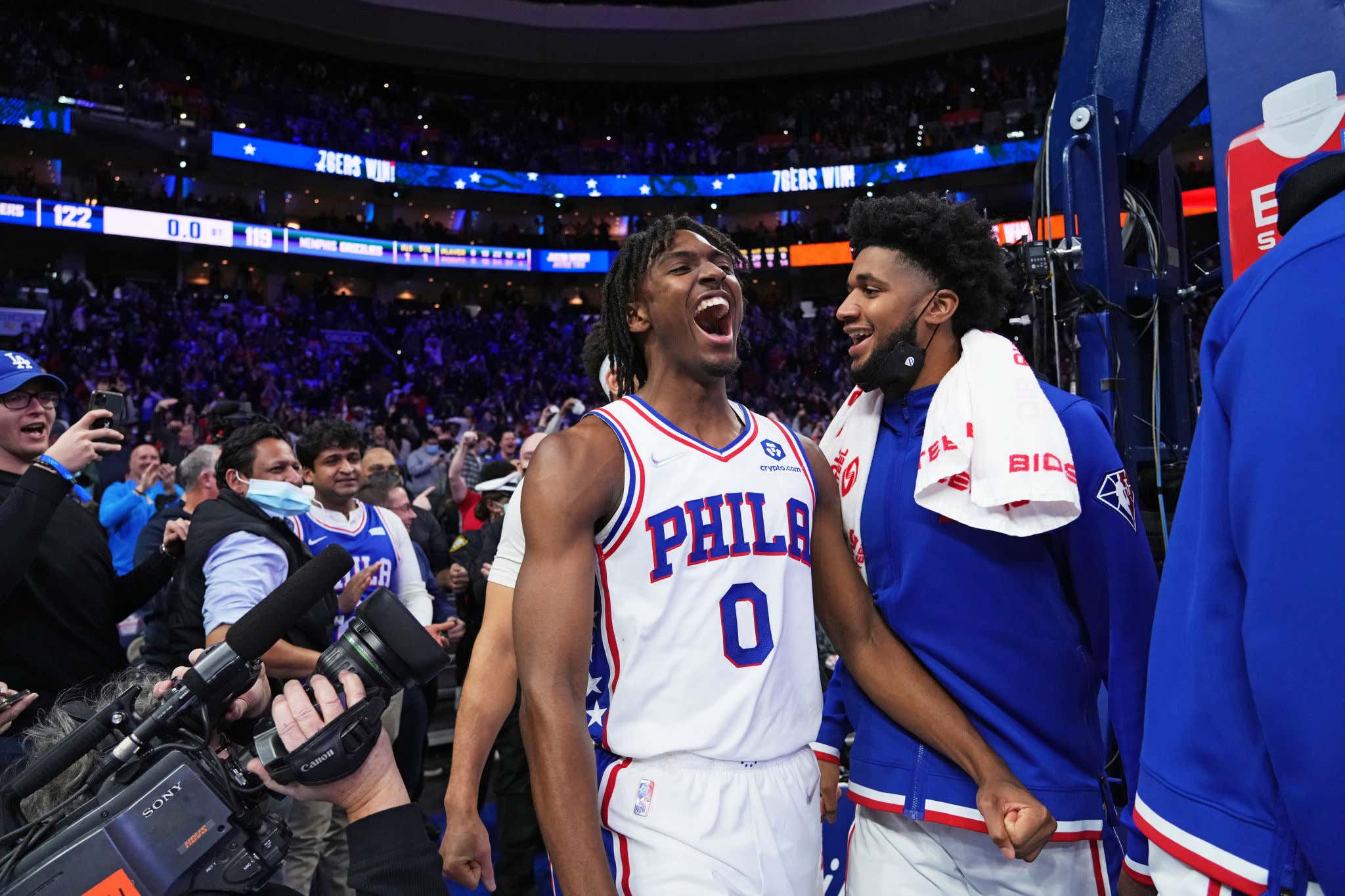 Baby Back Ben Simmons has already been fined well over $10M for being too much of a coward to play basketball this season. The man has voluntarily lost over ten million dollars just because his feelings got hurt. Refusing to play and for what? For the Sixers to only be half a game out of first place in the East through 50 games while Tyrese Maxey takes over as the 2nd biggest star in the city?

Seems like a pretty shitty plan to me, but okay. Ben Simmons is a grown man and can make his own big boy choices. But with that being said…

Well I don't know how the fines actually work an I'm not sure where that fine money goes to. All I do know is that every cent that Ben Simmons is losing this year by not being on the court deserves to end up directly in Tyrese Maxey's wallet.

No Embiid. No Simmons. No problem. Just a casual 33 points for Tyrese and a defining moment where he made it abundantly clear that he's ready to take that next step in this city. Essentially what we saw last night was Charmander evolving into Charmeleon. He might not be full blown Charizard yet, but it's only a matter of time. So give the man an extra ten mil. And maybe slide a few over to Matisse while you're at it, since the Sixers clearly only lost their 2nd best defensive player when Ben Simmons decided to sit out this year.