Listen folks I don't have a dog in this race. It's a slow internet day and this is what I could come up with. I will, however, say that this clip right here...this is what Gametime has become. It's not about video games, it's about fighting over who gets to play them. Do I mind? Of course not. I personally think it's more entertaining than watching someone play Warzone for the 10,000th time, but what do I know? I'm just a blogger with a podcast.

That said, there were two times during that exchange where I laughed out loud. The first was when Chuck panned to Spider and he was wearing the Oculus... 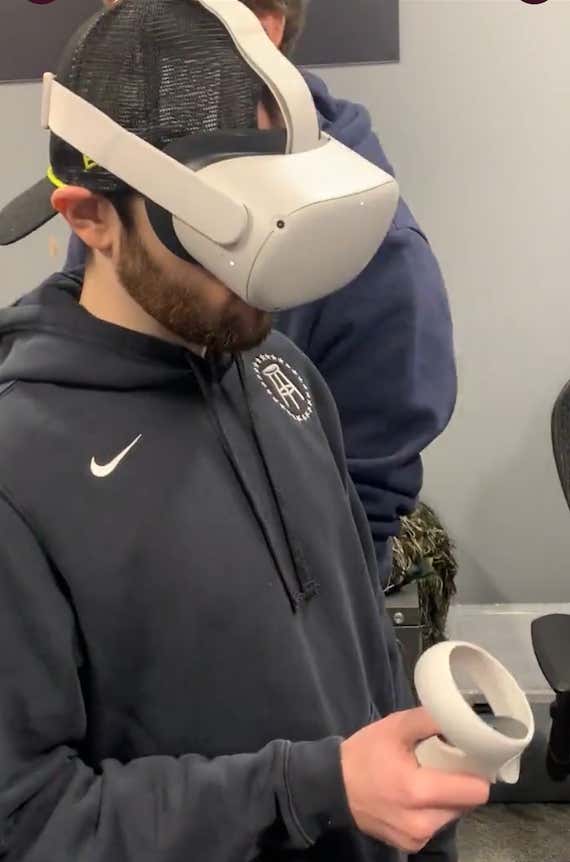 The second was when Smitty drop a "go birds" at the end. Other than that this whole rivalry is too real. Just shut the fuck up and play video games. And I'm not picking sides either but I will say this - I've known Smitty for a long time. If he feels like he's being squeezed out, he's probably being squeezed out. The other guys are just salty because he took like a year break and now they don't wanna let him back in. Again, I don't know what I'm talking about, but that's what it seems like. They spoke about it at length the Yak today. I linked it below. Enjoy…