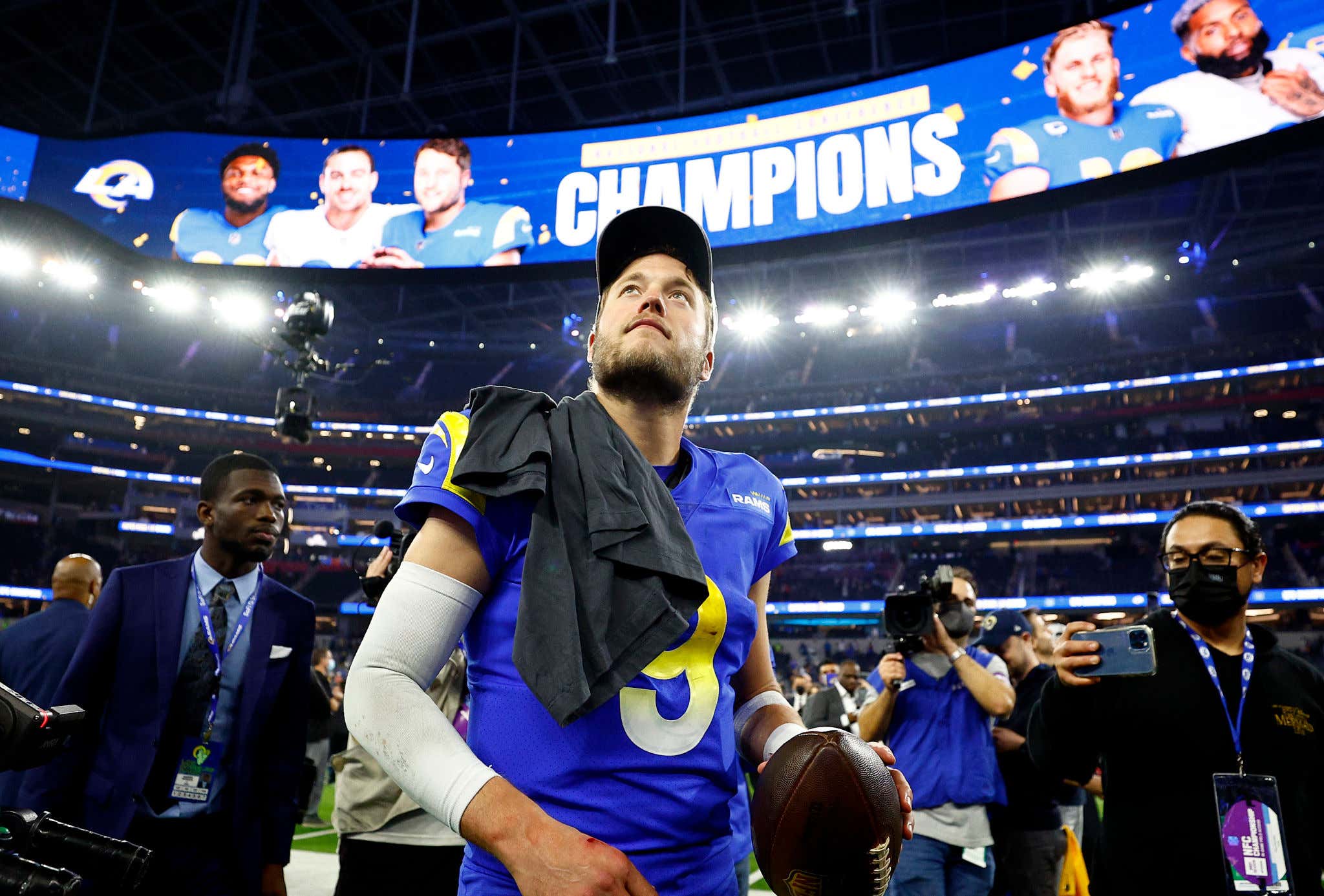 Let's smash that rewind button real quick and go back to Athens in 2008. It was there that a young Matthew Stafford was, by every stretch of the phrase possible, the fucking man. Partying it up, leading the Georgia Bulldogs to a preseason #1 ranking, throwing for 3,459 yards, 9-3 record on the season and being the MVP of the 2009 Capital One Bowl. He followed that up a few months later by leaving Georgia early and declaring for the NFL Draft. Life was good for Matthew Stafford. Too good.

Because nothing in life is sadder than talent gone to waste. Which is precisely what happened when he was selected 1st overall by the Detroit Lions in the 2009 Draft. 12 seasons later he didn't have a single playoff win to his name. Low and behold, 12 seasons later Matthew Stafford gets traded to a decent organization and now he's playing in his first Super Bowl in his first season with the Rams.

12 years of some incredible stats, no doubt about it. Also 12 years where he racked up over $200 million, so you can't be too upset about that. But what if Matthew Stafford just decided to suck the year before he went to the draft? What if instead of going to the worst possible team, he threw a couple extra picks that season drop him somewhere in the 15-25 range. Maybe he plays like shit in that Capital One Bowl game and he goes 18th to the Denver Broncos that year. Tim Tebow won a playoff game with that Broncos team in 2011. You don't think Matthew Stafford could have done a little more?

Now obviously you can also point to Joe Burrow and the Cincinnati Bengals. Daddy Joe had one of the best seasons imaginable at LSU before getting drafted 1st overall, and now he's playing for a Super Bowl in just his 2nd season. But that's not the point. The fact of the matter is that if Matthew Stafford has taught us anything this year, it would be in everybody's best interest if quarterbacks were actually bad in college just so they'd get a chance to play for a competent team in the NFL.