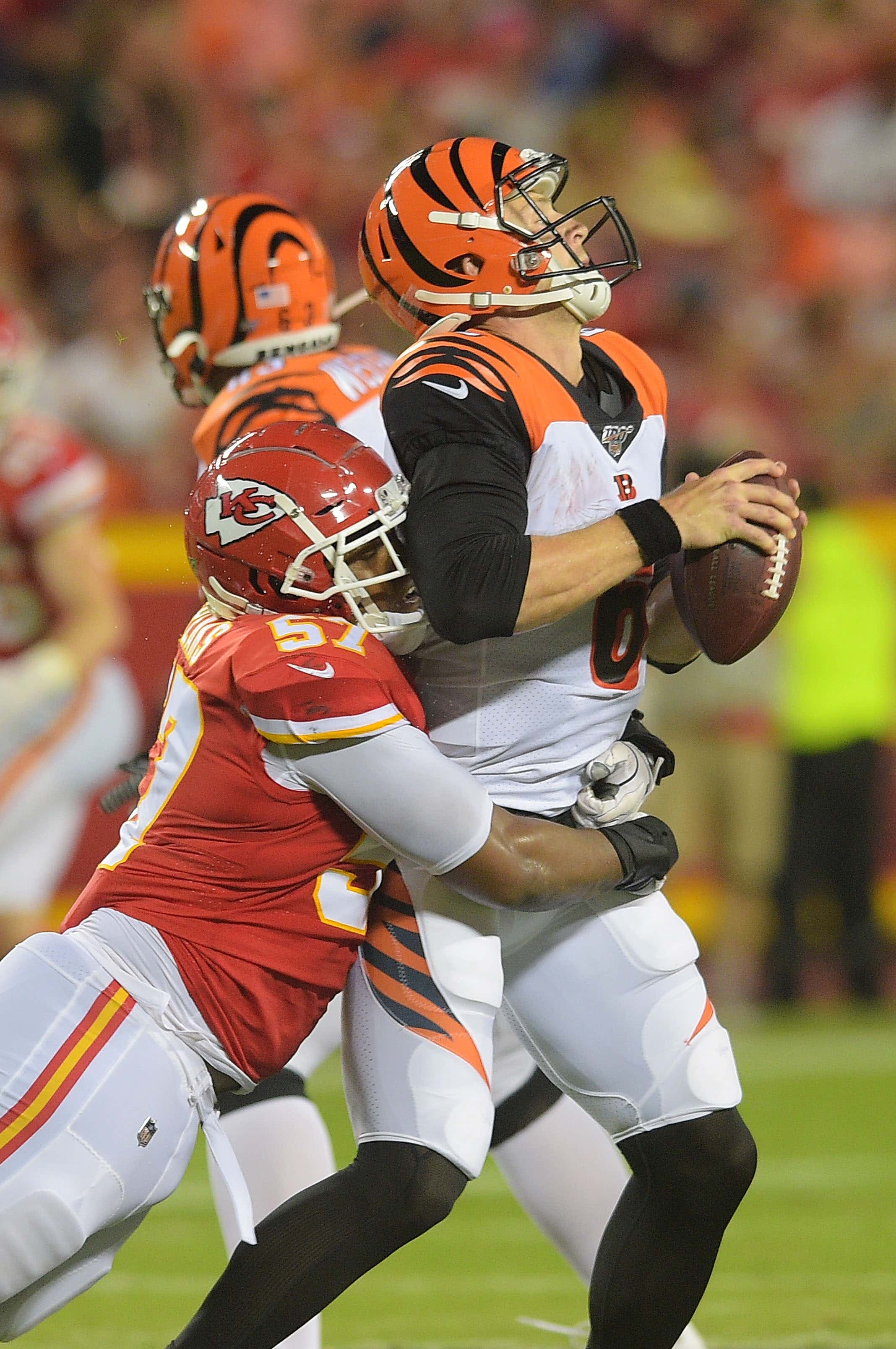 Joe Burrow will ball the fuck out. That's the only thing I can guarantee. They may lose but they will ball the fuck out. Joe has Jack Harlow swag, it's infallible. The Chiefs are going to put up points, I see clowning-type behavior on the horizon, not that a clowning will happen-but underhand passes, laterals, Travis Kelce running sneakily, and Tyreek Hill peace signs. The Bengals will have to put up serious points to win. I see it going a lot like the Buffalo game, back and forth till the whistle blows.

Everyone’s hearts want Joe Burrow & Ja’Marr Chase to get to the Super Bowl ESP after they just beat the Chiefs in Week 17 thriller to clinch AFC North. But the problem is they don’t play offensive line. And the OL is dog crap. Burrow got sacked 9 times last week & 51 times this season to lead league. Frank Clark & Chris Jones will cause major problems.

KC has scored a whopping 84 points in 2 playoff games. I am standing by my rule of not betting against my brother Patrick Mahomes under any circumstance. The smokin hot offense will put the Bengals defense back in the cage.

The rams can score a lot of points, 49ers tend to win back and forth games. My gut says Rams because I can't see Jimmy G being able to conduct the late-game scoring we have seen out of Buccaneers, Bills, or Chiefs. I know they conducted a late-game drive against the Packers for a field goal, and against the Rams in the regular season. But for some reason, I could not see Jimmy G taking the team down in under a minute for a touchdown in this game. Don't get me wrong, we could absolutely see Jimmy G make a larger contribution to the game today and get into a barn burner, but that's only with him making no mistakes. The game hinges on Jimmy G's performance, if not Cooper Kupp, OBJ, Cam Akers, and Stafford run a train on 9ers.

SF has won 6 in a row in this series. Sean McVay is Kyle Shanahan’s bitch. SF came back from 17-0 halftime deficit week 18 to win 27-24 OT thriller to make playoffs.

This has all the makings of a lower scoring dog fight between arch rivals. The Rams will not have much of a home field edge. Hell they had to use a silent count on their own home field in week 18! And Matt Stafford’s wife was offended.