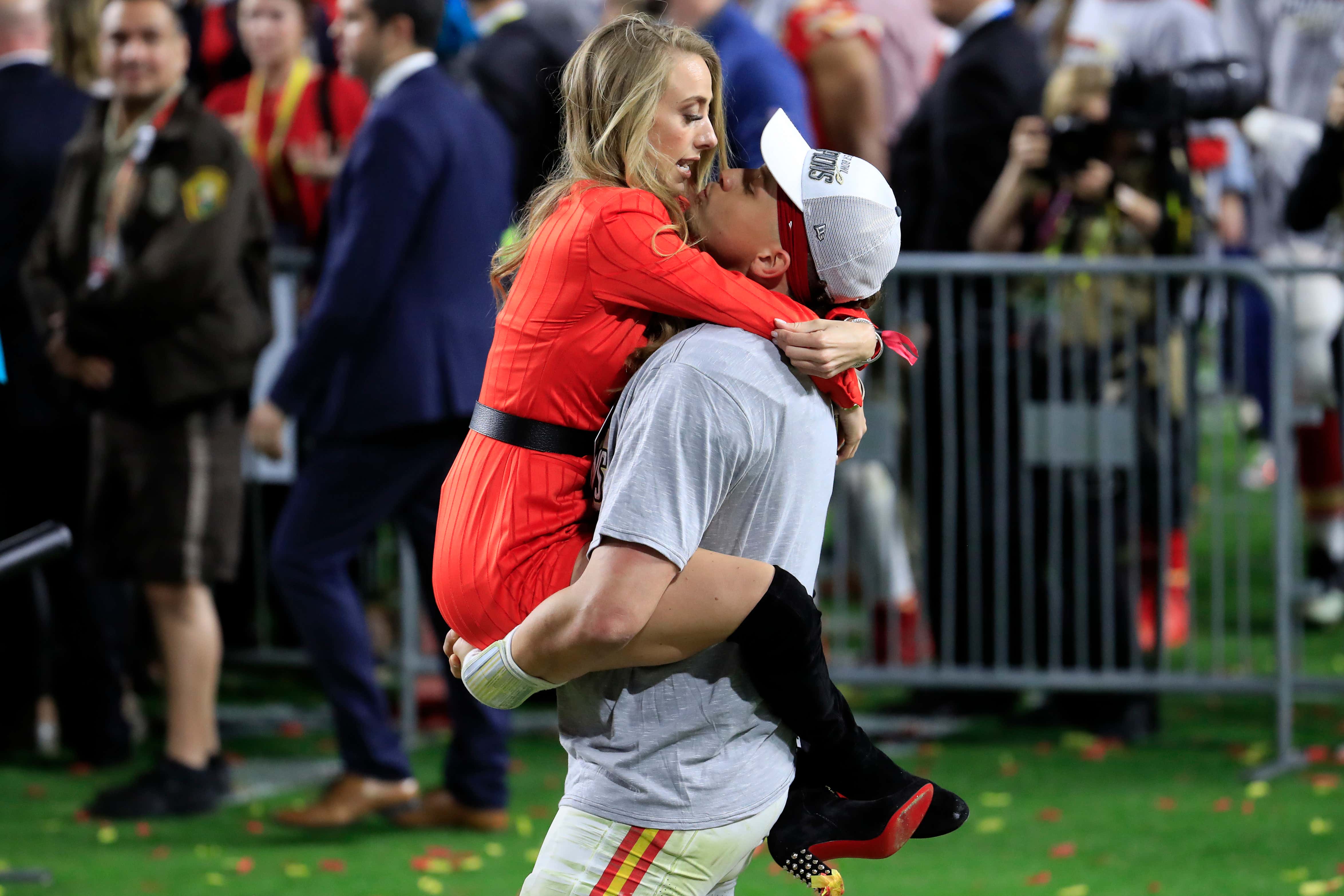 Just to prove we are all living in a simulation, and it's become one great, cosmic Escape Room none of us can get out of, the biggest story to follow the best playoff weekend ever of the best sport we've ever invented is a quarterback's fiancee turning the world against her extremely popular future husband:

… and her expressed desire to spray champagne over whomever she chooses with impunity:

In past years, all the talk this week would be something along the lines of how great last weekend's games and how fortunate we are to have the matchups we're going to have this Sunday. Along with what coaches are getting hired and fired. And of course, which Raiders players are getting arrested now that the offseason is here. But not this year. Not in this bleak, dystopian, chthonic reality, bereft of hope as it is. This week our attention has been captured by the irresistible gravitational pull of Patrick Mahomes' girlfriend and an unconsented-to champagne shower.

I don't make the news, I just follow where it leads. And today it leads to this update:

Source -  Patrick's Mahomes' fiancée is parlaying all the hate from her champagne celebration and putting it to good use -- by creating "Team Brittany" shirts for an anti-bullying charity.

Remember, Brittany Matthews was ripped on social media for spraying bubbly on fans at Arrowhead Stadium [and] initially returned fire, saying she was tired of routinely being "attacked" … but switched it up after she spoke with Charlie Hustle, a local t-shirt designer and seller, about making "Team Brittany" shirts.

"Me and my team have decided to try to turn this buzz into something and something good for the Kansas City community," Matthews said Thursday via IG.

"We have decided that part of the proceeds from the sales of this shirt are gonna go to Red Card KC which is a local charity here in Kansas City that works to prevent bullying."

The 26-year-old says she gets bullied all the time on the net … so it means a lot that she's able to help.

Well alrighty then. Great news. Bullying is bad, right? So raising money for some anti-bullying cause is a pure good, correct?

Yeah, a couple of things about that. One could argue that dousing unsuspecting people sitting in the cheap seats with sticky, bubbly grape juice that will give the Missouri Highway Patrol probable cause to ask them to perform a field sobriety test without their wishes is a form of bullying.

And on a similar note, not every objection of said sparkling wine shower is bullying. Sometimes criticism is just criticism. The surest way to avoid having the general public say, "You should not have have done that" is to not post videos of you doing things. Live in the moment. Share the joy of your honey winning a dramatic playoff game with friends and loved ones and leave it at that. Sure, you might have the RIGHT to post things without attracting negative comments. But that's not how the internet works. You can swim in the ocean using a roast beef as a floatation device, but the sharks aren't going to care when you accuse them of bullying.

Which is not to say she was asking for it. Or even that she deserved it. Just that social media is dark and full of terrors, and we all risk criticism any time we go on there. Even pretty blondes with famous fiancees. The only sure way to avoid having mean kids jump on you is to keep out of the ball pit, stay at your table and finish your McNuggets.

And if Matthews thinks a "Team Brittany" shirt is going to stop the critics, sharks, mean kids and other assorted bullies, she's got another thing coming. First of all, someone saved receipts:

And secondly, some just don't have a lot of sympathy for her victim status. Especially when the message of the shirt itself seems to be a hell of a lot more about Brittany than it does about stopping bullying:

And it doesn't help her engender much sympathy when her t-shirt brand is an exact homophone for a shirt supporting a real celebrity who's suffered actual emotional abuse most of her life:

I hope the t-shirt makes a billion dollars for the charity. I hope the good people of Kansas City wipe out bullying in all its forms. I hope Brittany Murphy gets nothing but positive comments and good vibes from here on out. But more than anything, I hope Cincinnati saves us from having to deal with this during the Super Bowl. Sunday, we are all Bengals.