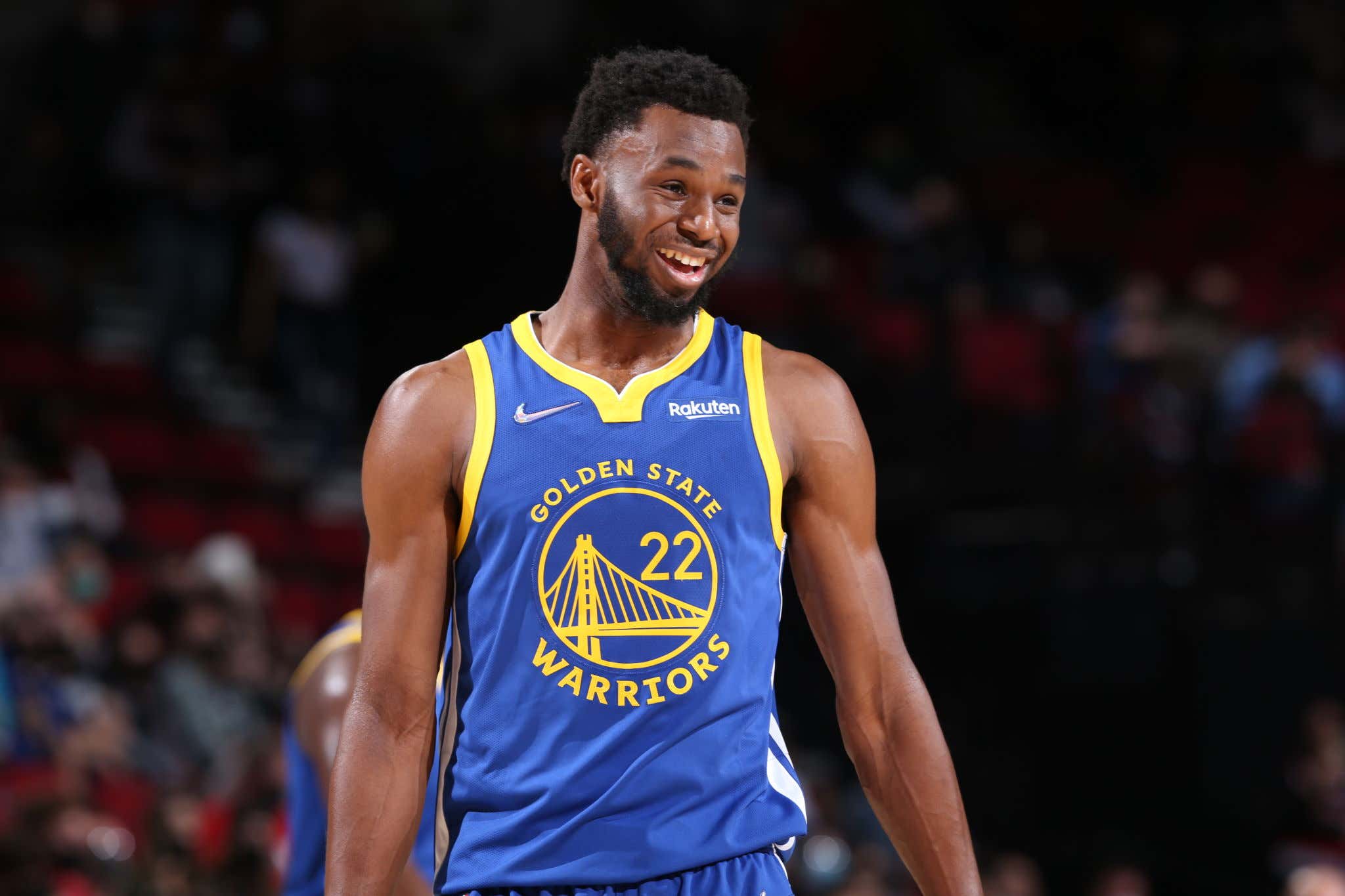 Is Andrew Wiggins having a good year? Absolutely. He's backed up his 2020 season which saw his efficiency drastically improve, which is the typical Warriors bump. This year Wiggins is at 18/4/2 on 48/40% splits with 2.2 3PM on one of the best teams in the league. It's not crazy to think he was having an All Star caliber first half. But no, he's not one of the 5 best players in the Western Conference. What you see here is a combination of stupid position requirements and fan voting. This is why nobody should ever allow the casual NBA fan to have anything to do with the official results of anything. Voting Andrew Wiggins in as an All Star starter is all you need to see. And I mean this with no disrespect to Wiggins. It's awesome that he has improved enough to even be in this position. Given his career arc, it's very cool he's going to be an All Star. But you can't tell me he should be in there over guys like Luka, Devin Booker, Chris Paul, Donovan Mitchell, KAT, etc. But because of the position requirement, it had to be a forward. Then with the weighted fan vote, it became Andrew Wiggins. Funny, but yikes. Do I hope he ends up having to play on the same team as LeBron? Very much so. But I can't sit here and tell you that it makes any goddamn sense that the team with the best record in basketball has a total of zero (0) All Star starters. Make that make sense.

Other than that, it's awesome that Ja Morant made it. You knew Steph was a lock even if technically he's having his worst shooting season of his career, so I was curious what would happen to that other spot. I figured a Suns player would get it, but there's no denying Ja has been an absolute force to start the year and the Grizzlies are one of the best stories of the season. Crazy the league just flexed him off National TV. Why promote one of your best young players in a small market. That's smart.

In the East, you could make the case the Bulls should have had the starting backcourt. It's still very odd to me they list DeRozan as a guard, because that's basically what took LaVine's spot. I know the Hawks have a bad record, but Trae Young is doing some historic shit at the guard position. It's not his fault the team stinks right now. I think 27.7/2.9/9.3 is pretty deserving. Then when you factor in how popular he is with the fan vote, you knew Trae was most likely going to make it in. The bigger question in the East will be what do the reserves look like where some good players are for sure to get snubbed.

As always when it comes to this stuff, remember to put more stock into All NBA than All Star. Fans are morons. I'm not sure how much more proof you need to see. Andrew Wiggins is an All Star starter. The defense rests.