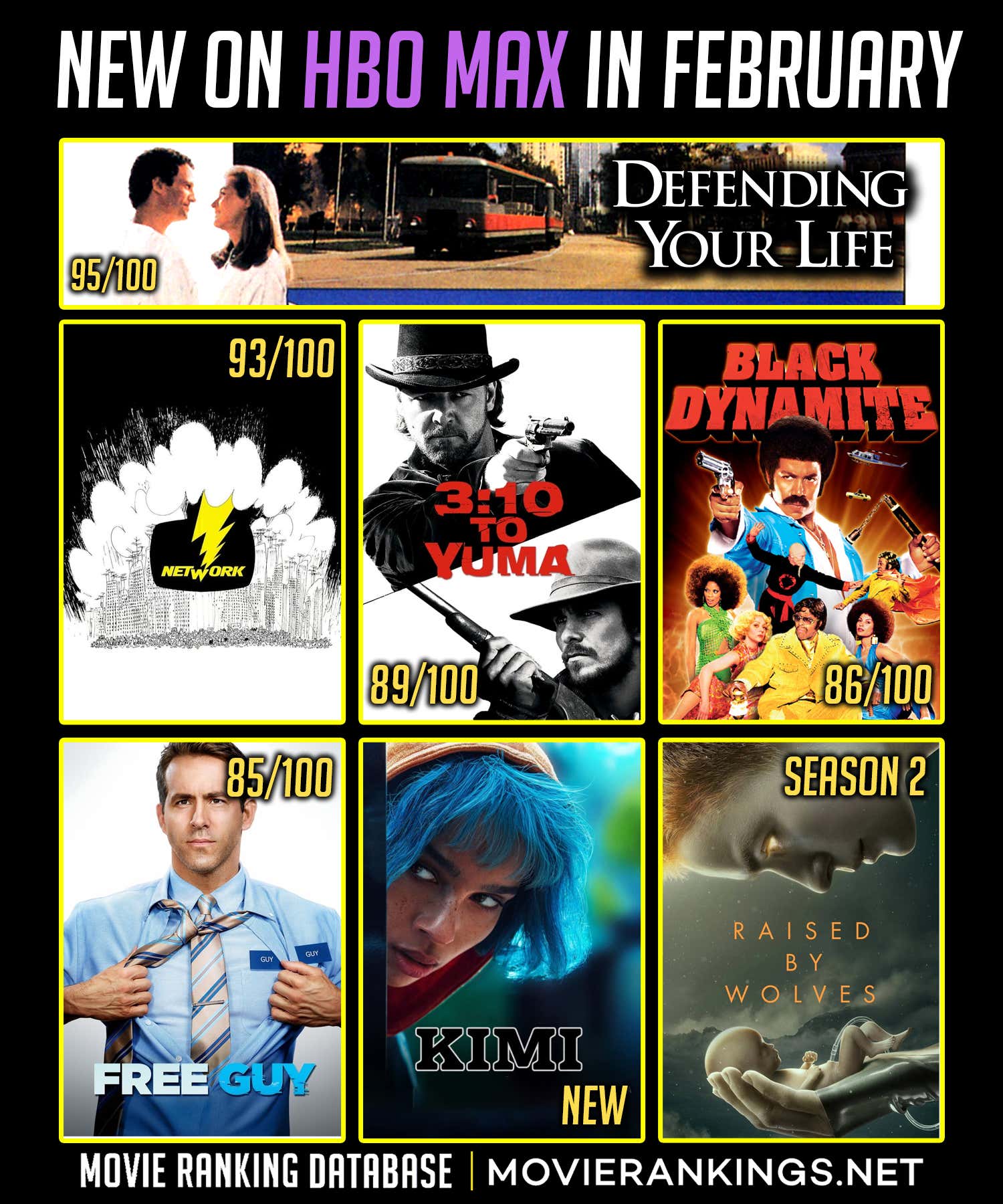 Remember, use MovieRankings.Net to find out what to stream and where to stream it

Network is by far one of my favorite movies of the70s. It's a really engaging story with awesome performances that I think anyone can enjoy.

This is seriously one of the most underappreciated westerns ever made. A remake of the 50's movie, this one has some killer work by Christian Bale, Russell Crowe, and Ben Foster. I highly recommend checking it out if you never watched before.

Albert Brooks is one of the great comedy minds in movie/tv history. He crushes this performance along with a young Meryl Streep and an extremely funny Rip Torn.

During the COVID-19 pandemic in Seattle, an agoraphobic tech worker discovers evidence of a violent crime while reviewing a data stream, and is met with resistance and bureaucracy when she tries reporting it to her company. To get involved, she realizes she must face her greatest fear by venturing out of her apartment and into the city streets, which are filled with protestors after the city council passes a law restricting the movements of the homeless population.

This is a new Max original from Steven Soderbergh that is getting a decent amount of buzz. Personally, I'm hesitant of anything that uses COVID as a setting/character, but I'm willing to give anything Soderbergh gives a shot.

I absolutely loved the first season of this show and think it is one of the best things Ridley Scott has made in a LONG time. Really cool concept, awesome sci-fi SFX and some cool character work. Also just awesome worldbuilding.