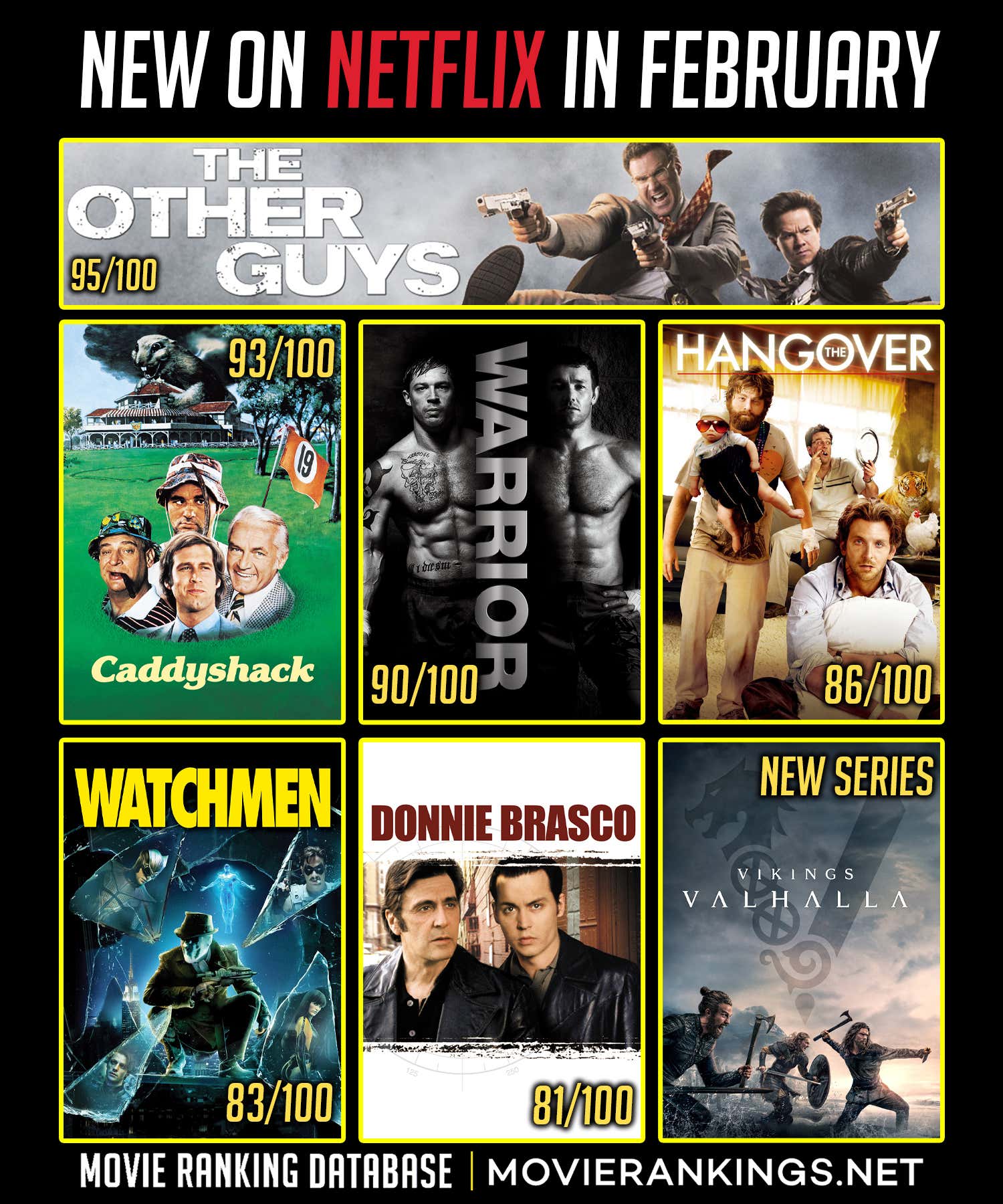 Remember, use MovieRankings.Net to find out what to stream and where to stream it

This is easily the best MMA movie, but also just one of the best sports movies you'll ever see. Perfectly acted with plenty of familial drama to go with great fight sequences.

One of the funnier comedies of the last 10+ years without a doubt, this movie still holds up. The scene above always crushes me.

This aged like a fine wine in my opinion. The release of the incredible series has only made me appreciate it more. This prison sequence always stood out to me as being incredibly badass.

I don't know if this will be any good, but I'm interested to watch it. I've been in deed of a good new doc anyway.

I'm a huge fan of both Vikings and the other Netflix series, 'The Last Kingdom'. I like the idea of starting fresh for Vikings because I feel like i lost interest after Ragnar's exit.

February 1st: Anaconda, Batman Begins, Caddyshack, Despicable Me, Donnie Brasco, That's My Boy, The Addams Family('91), The Book of Eli, The Bourne Ultimatum, The Dark Knight, The Devil's Advocate, The Exorcist, The Hangover, The Last Samurai, The negotiator, The Other Guys, Transformers 2 + 3, Warrior, Watchmen

February 2nd: The Tinder Swindler(a new doc about a guy who swindled a bunch of money using Tinder)

February 15th: Cloudy with a Chance of Meatballs

February 17th: Wu Assassins: Fistful of Vengeance(This is a continuation of the Netflix series which was just ok but had great fight scenes.