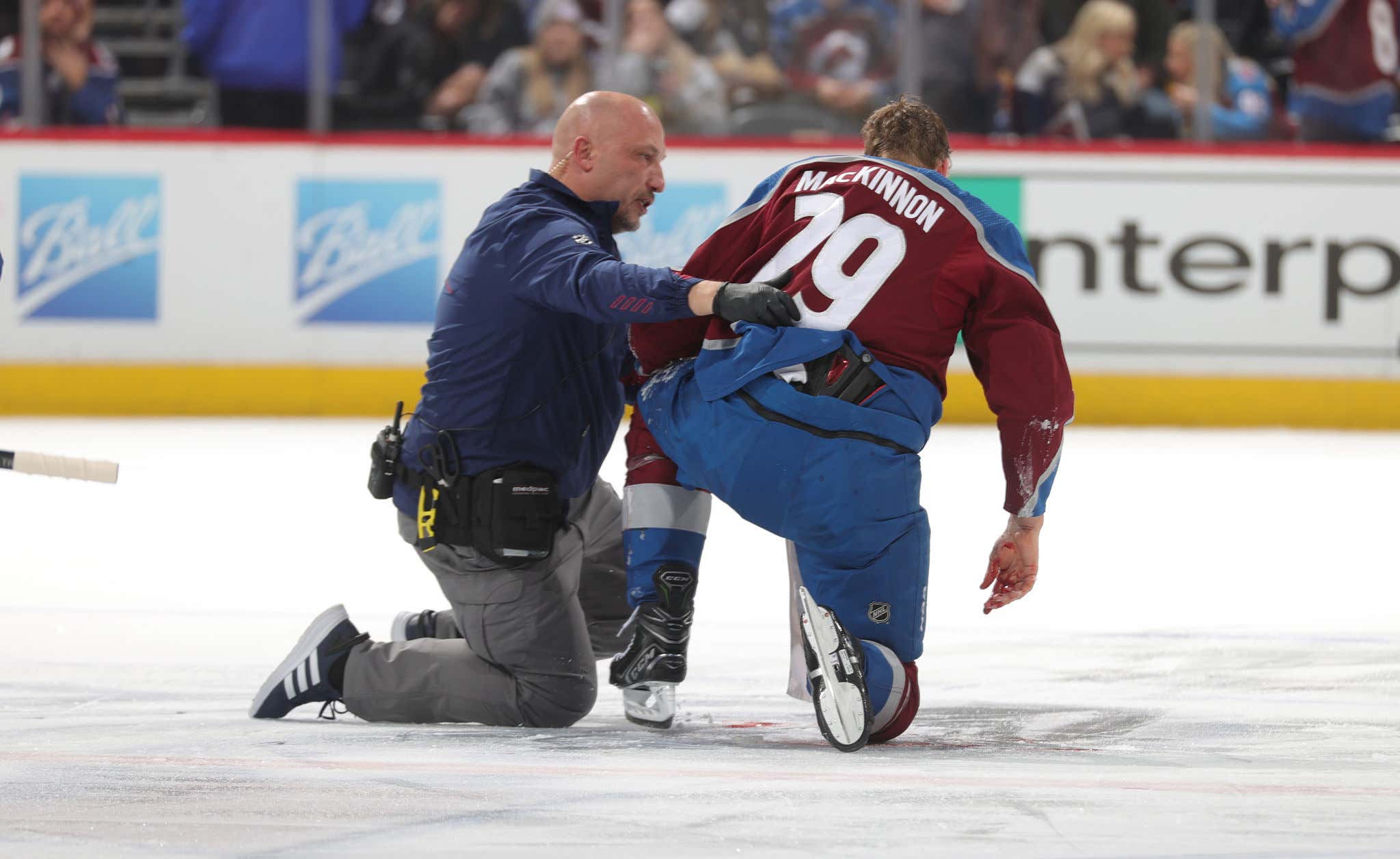 I know the internet is the absolute last place in the world where you'd want to have a nuanced discussion. People see a question in a headline, immediately have their mind made up on their answer, and would rather argue you to death about why you're wrong if you disagree instead of trying to listen to you explain why you think you're right. Civilized debate is a lost art these days, but that's exactly what I'm going to attempt to do here with this hit that Taylor Hall absolutely bundled Nathan MacKinnon with last night. So if you care for nuance, keep reading. If you're a neanderthal who just wants to yell and scream about why everybody who disagrees with you should kill themselves, then feel free to hop right down to the comments.

Okay so first and foremost, let's talk about the unwritten rules of hockey. We are at a point right now in the game where seemingly every bit hit (especially against a star player) is immediately followed by a fight. Doesn't matter if the hit is dirty or clean, guys just don't like seeing their own teammate get stapled to the ice. Now do I love the fire and intensity? Absolutely. Nothing wrong with having your guy's back and going to battle for them. But on the other hand, I hate it because I don't think a player should be penalized for laying a massive, relatively clean, hit by having to spend the next 5 minutes in the penalty box for fighting. And I think that's exactly where this Taylor Hall hit finds itself.

There's dirty, there's clean, and then there's greasy somewhere in the middle. I'd say this hit was pretty greasy. From a technical standpoint, Taylor Hall keeps his shoulder and elbow down, hits him from the side if anything but more from the front, and MacKinnon had gotten rid of the puck maybe a fraction of a fraction of a second before he laid the hit. The only thing is that he clearly saw a shot to lay out the Av's top player and, not that he was looking to go out and intentionally injure MacKinnon or anything, but he knew he was at least going to bury the shit out of him. That's hockey, baby. Greasy, but hockey.

The biggest issue is obviously the result of the hit. MacKinnon's stick pops up and between him cutting over trying to avoid the hit and Taylor Hall coming rolling in like a train, the stick ends up shattering his own face. Now he's got a nose for hockey.

So relatively clean hit, but brutal result with MacKinnon leaking blood all over the ice and his nose going full Brind'Amour. The perfect combination to cause a shit storm on our hands here because half the people will think Hall shouldn't have to fight because the hit was clean, but the other half are going to think he's a pussy for not answering the bell after taking out Colorado's best player.

If you're seeing the pattern already, pretty much everything about this hit ends up somewhere in the middle. But it would be a coward's way out to not have a stance, right? You can't just play both sides. So here's the deciding factor:

The hit happens so early in the game that if you don't answer the bell right then and there, then you fuck up the tone for the rest of the game.

There are plenty of times during a game when you'd want to pick and choose when you fight. Especially as you get deeper into the game. Like let's say this hit happens during the 3rd period of a tie game. Taylor Hall shouldn't have to miss 5 crucial minutes of the 3rd period sitting in the box for fighting because of a clean hit. But that early in the game when it doesn't really make much of a difference? When you can just scrap for 15-30 seconds after the hit and then it's settled? That's where I'm leaning more towards answering the bell. Especially because when it happens that early in the game, guys aren't necessarily going to give a shit if it was MacKinnon's own stick that actually did most of the damage because it's still heat of the moment. Granted, Gabriel Landeskog isn't necessarily a guy you want to see grabbing your sweater after a hit like that. Landeskog is an absolute mutant and even though he doesn't fight a lot, he seems like a guy who genuinely enjoys getting to punch another human. That's an auto L for Taylor Hall. Maybe if it were anybody else on the ice who immediately went up to him after the fight he would have dropped the gloves. But I can't totally blame him for not wanting to go with Landeskog.

But there's the final verdict. Greasy hit that leans toward clean, brutal result, not a hit that you should HAVE to answer the bell for but certainly early enough in the game where you should have. I rest my case. And Cale Makar also rests his case for why he should be your 2022 Norris Trophy winner.