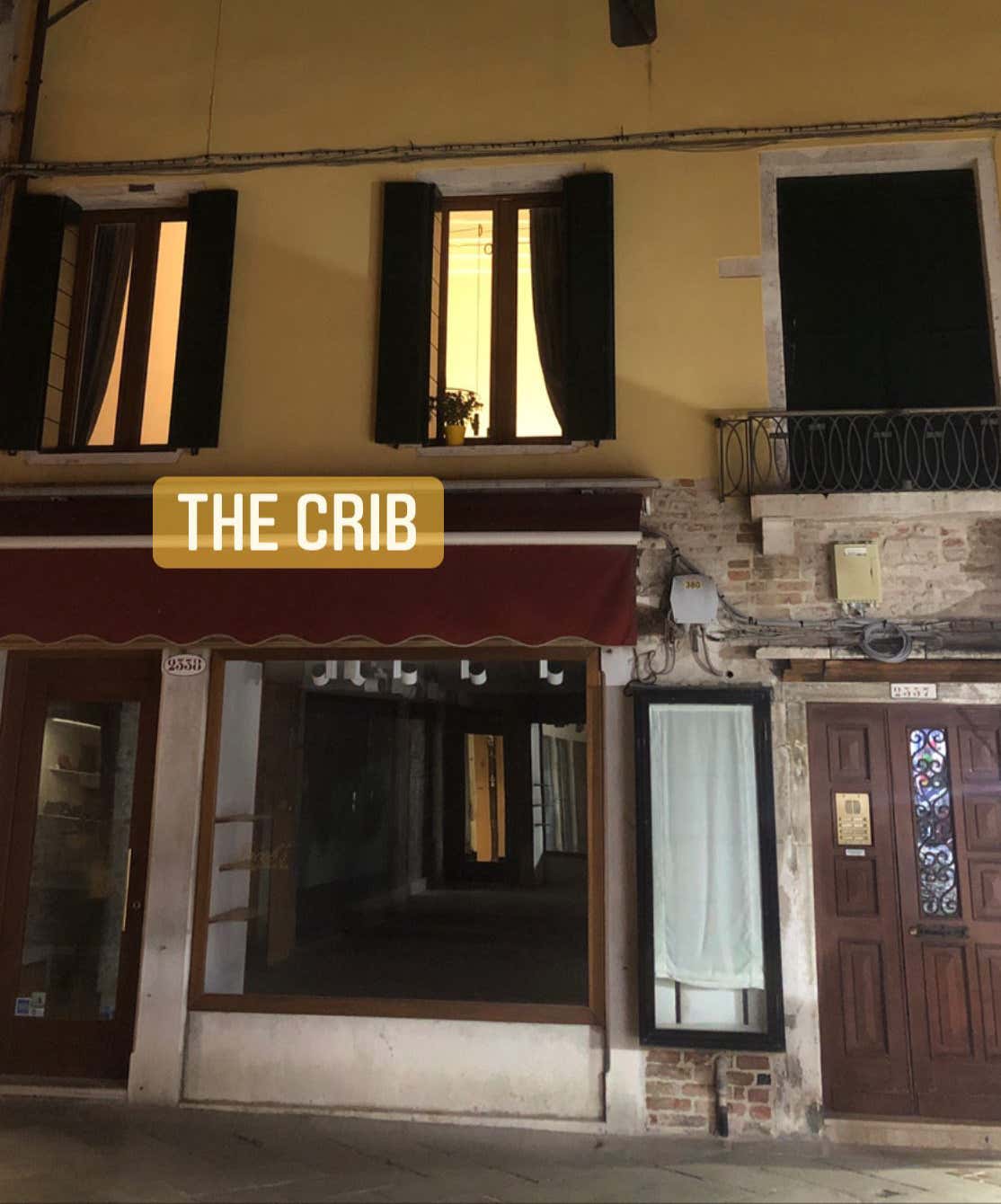 As many of you know, I'm living in Venice Italy for the year. My girlfriend was offered a teaching job out here and I decided to join her thinking it could be a solid opportunity to step back into my role as Barstool's foreign correspondent. After living in a shitty Airbnb with no wifi for the first month we finally found a sweet apartment that's the same size and roughly 1/3 the price of what we were paying in NYC. The insulation is dog shit so I've been freezing my tits off for the past month but other than that I have zero complaints. The kitchen is swanky as shit and for the first time in my life I have a Smart TV.

This purpose of this blog isn't to flex on my coworkers back in NYC paying more than me to live in a shoebox though, believe it or not, it's about the holocaust. Normally I wouldn't deem Barstool the place to write about the holocaust even though our fearless leader Dave Portnoy is a proud member of the tribe and some people (read: our cemetery guide in Detroit who went by the name "Sahara Doge") believe my colleague WSD is the reincarnation of the H-Man himself

but ever since moving into my new apartment, I'm reminded of the holocaust every day, and seeing as today is Holocaust remembrance day, I thought it was a fitting time to tell you why. A few weeks after moving into my new place in Venice I noticed 4 gold plaques directly outside the front door of my building. 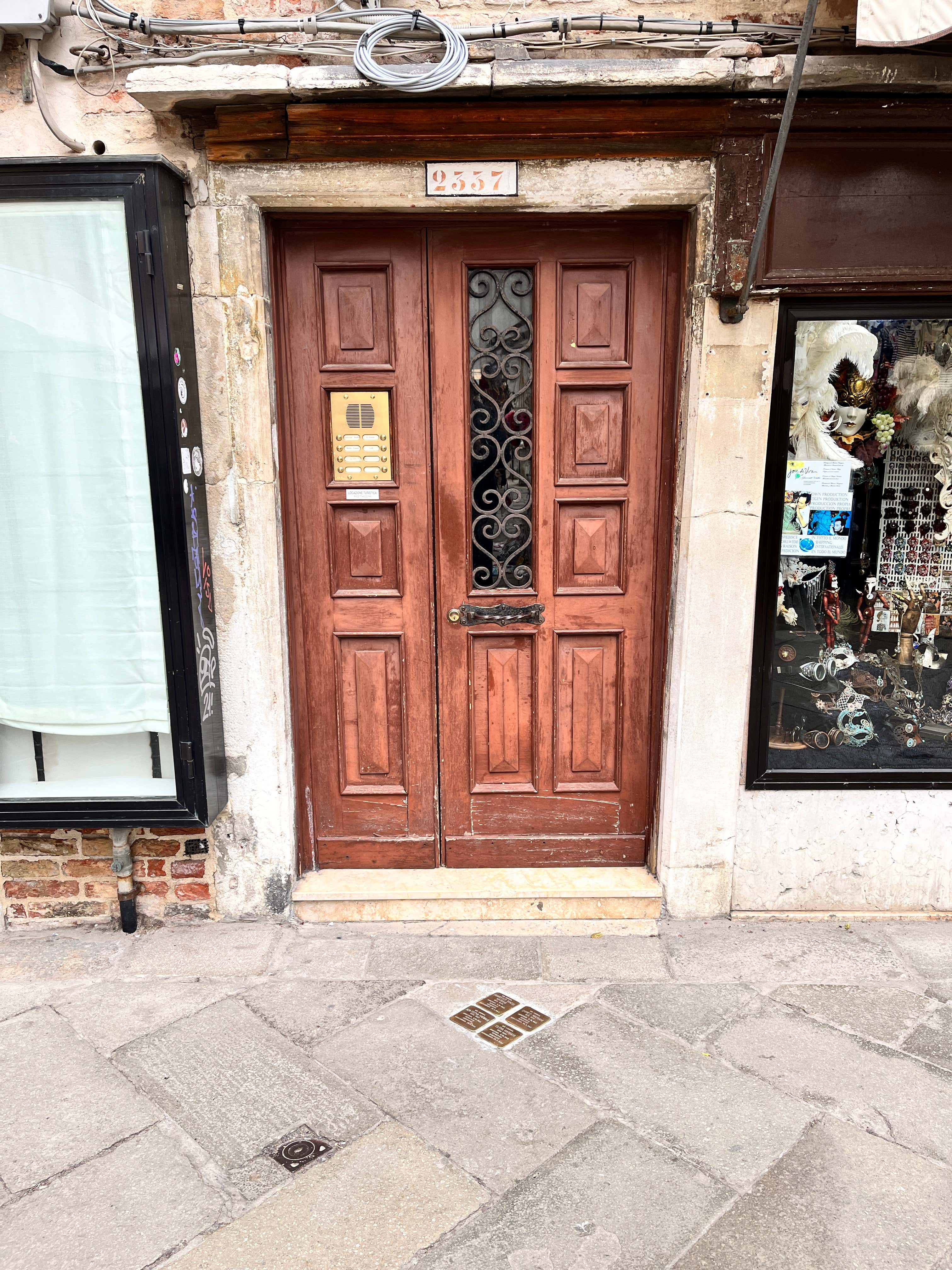 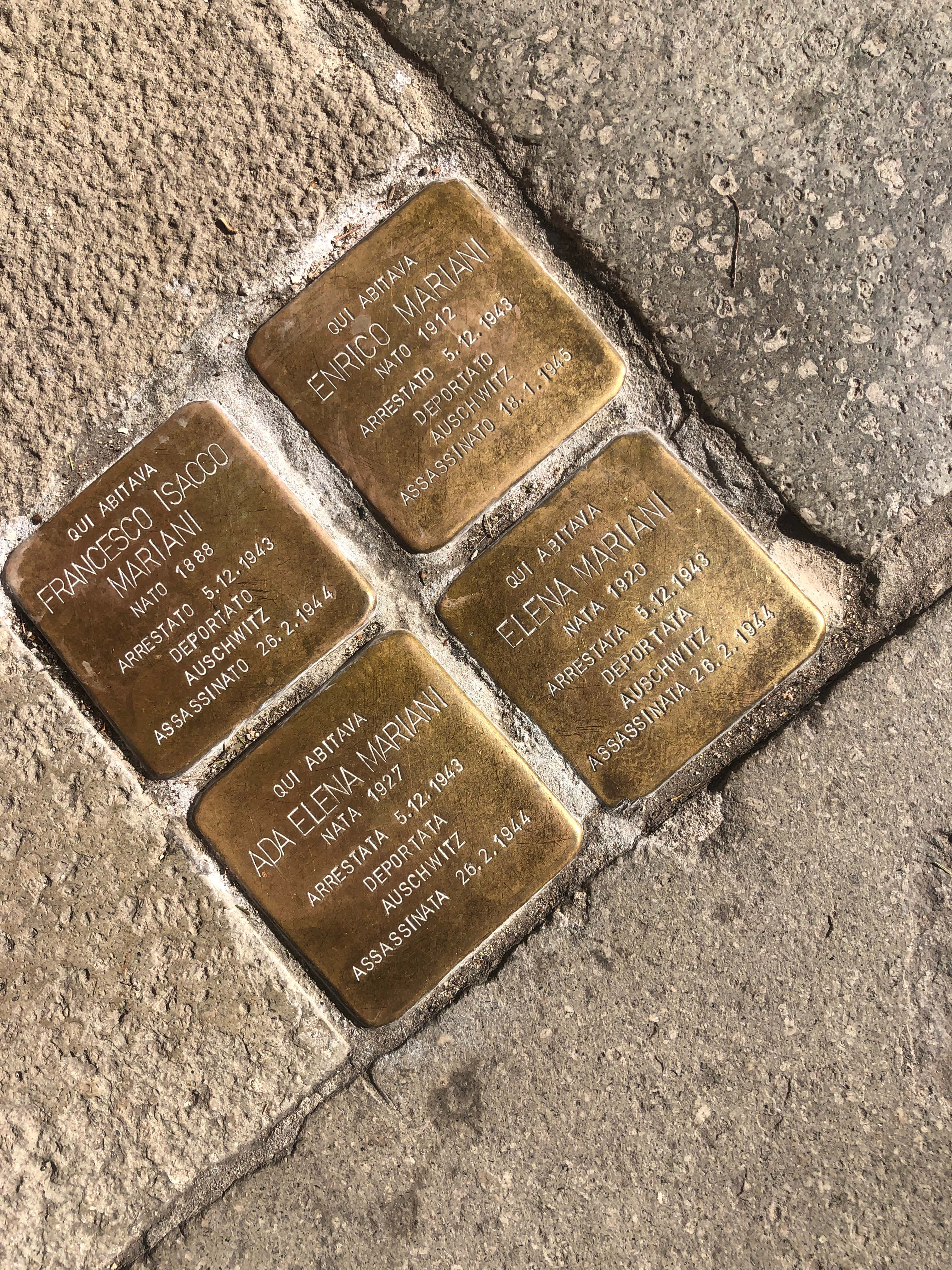 I don't know why it took me so long to see them but I guess when I look down it's usually just at my phone. Upon closer examination I only had to read two words to get an idea of what they memorialized: "DEPORTATO AUSCHWITZ". I learned later they are known as "stumbling blocks", which are concrete cubes bearing a brass plate inscribed with the name and life dates of victims of Nazi extermination and placed in front of the victim's last freely chosen place of residence.

Here is the full english translation of each plaque.

I then began googling each name to learn more of their lives but before I get into that, a little backstory.

When Italy went from being an ally of the Nazis to a country occupied by them in 1943, the Nazis began systematically hunting down Jews in Venice as well as other Italian cities. Jews were declared "enemy aliens" and were to be arrested and their property seized. Some Venetian Jews made incredible sacrifices to slow down this witch hunt, most notably Professor Giuseppe Jona, a doctor and president of the Jewish community in Venice at the time. Rather than handover an updated list of every Jew in the city which the German authorities demanded he do, he burned all documents that could reveal the identity and address of Venetian Jews and then committed suicide. Thanks to his actions around 1200 Jews in Venice were able to escape persecution. Sadly, 200-250 Venetian Jews weren't so lucky. Of the 200+ Jews that were deported to concentration camps, only 8 survived. Which brings us back to the Mariani family.

On December 5th, 1943, Enrico Mariani, was deported (from the building I'm currently living in) to Auschwitz, along with his mother, Bellina Melli, father, Francesco Isacco, his sisters, Ada and Elena, his wife Pia Cesana, his newborn son Leo, and his brother, Luciano. Only his brother Luciano would survive. Enrico's father (Age 55), sisters Ada (Age 17) and Elena (Age 23), wife Pia (Age 22), and child Leo (age 1), were all killed upon arriving at Auschwitz on February 26th 1944. Enrico would be murdered less than a year later during the evacuation of the camp on January 18th 1945. I'm assuming Enrico and his brother Luciano survived longer than the rest of their family because as males in their 30s, the Nazis needed them for manual labor purposes. They were more valuable working in Auschwitz's synthetic rubber factory than they were dead.

I tried doing some research to determine how Luciano avoided the fate of the rest of his family and what happened to him after the war and all I could find was this book, "Venice-Fossoli: direction Auschwitz. Letters from Cesare Carmi" 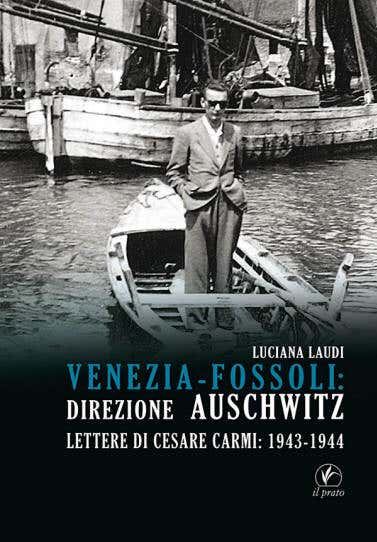 Cesare Carmi was another deported Italian Jew who befriended Luciano at Auschwitz but sadly did not survive. The book attempts to document his experience during the holocaust and contains letters Luciano wrote to Cesar's mother.

(AMAZON) On February 15, 1944, Cesare Carmi, the author's uncle, turned 21. He celebrated his last birthday as a prisoner in the Fossoli concentration camp. He was born in the charming Liguria and died in the winter of 1945 in an unspecified place in the desolate Polish land. After the war, for a long time, Caesar remains an evanescent figure. Her image acquires a real concreteness only in 2013, when the family comes into possession of a package of letters written almost entirely from the Fossoli camp and addressed mainly to a girl from Chioggia, Flavia Silvestri, who will lovingly guard them all her life. The analysis of these letters and those of his Venetian friend Luciano Mariani, fellow prisoner who survived Auschwitz, allowed us to get to know Cesare in his entirety,

Unfortunately the book is in Italian and only available in paperback so I don't have access to those letters. I hope he was able to find some semblance of peace later in life.

Sorry for such a downer of a blog but on Holocaust Remembrance day, I thought it was worthwhile to mention the constant reminder of the Holocaust I see every day outside my door. It quite literally hits home for me seeing as I could be living in the former home of a family murdered simply for their ethnicity. #neverforget

On the bright side, today is also a good time to appreciate how good we have it. If all you do is watch the news, you might think we're living in the end of days but give me a fucking break. It's the most peaceful time in human history (don't fuck this up Russia!) and the likelihood of a violent death has never been lower, life expectancy has risen more in the past 50 years than the previous 1000, global poverty is at an all time low, and all of these things can fit in our pocket.

I mean our kids or grandchildren might be fucked but things are pretty groovy right now. What's our biggest crisis at the moment? Covid-19? Not to diminish the millions of people who have died from Covid but compared to other pandemics in the past, we got lucky (This graphic is a little dated as Covid deaths are now over 5M but you get the picture.)

The 20th century was ROUGH, and not just for the Jews. Spanish Flu, deadliest wars in human history, Stalin and Mao purging the fuck out of their own citizens, Japan running train on Asia, catastrophic famines in Ukraine and China, Cambodia's killing fields, Armenian genocide, the list goes on and on. So let's take today to not only remember the worst of times, but also take a deep breath and appreciate our blessings. Things could be much, much worse.