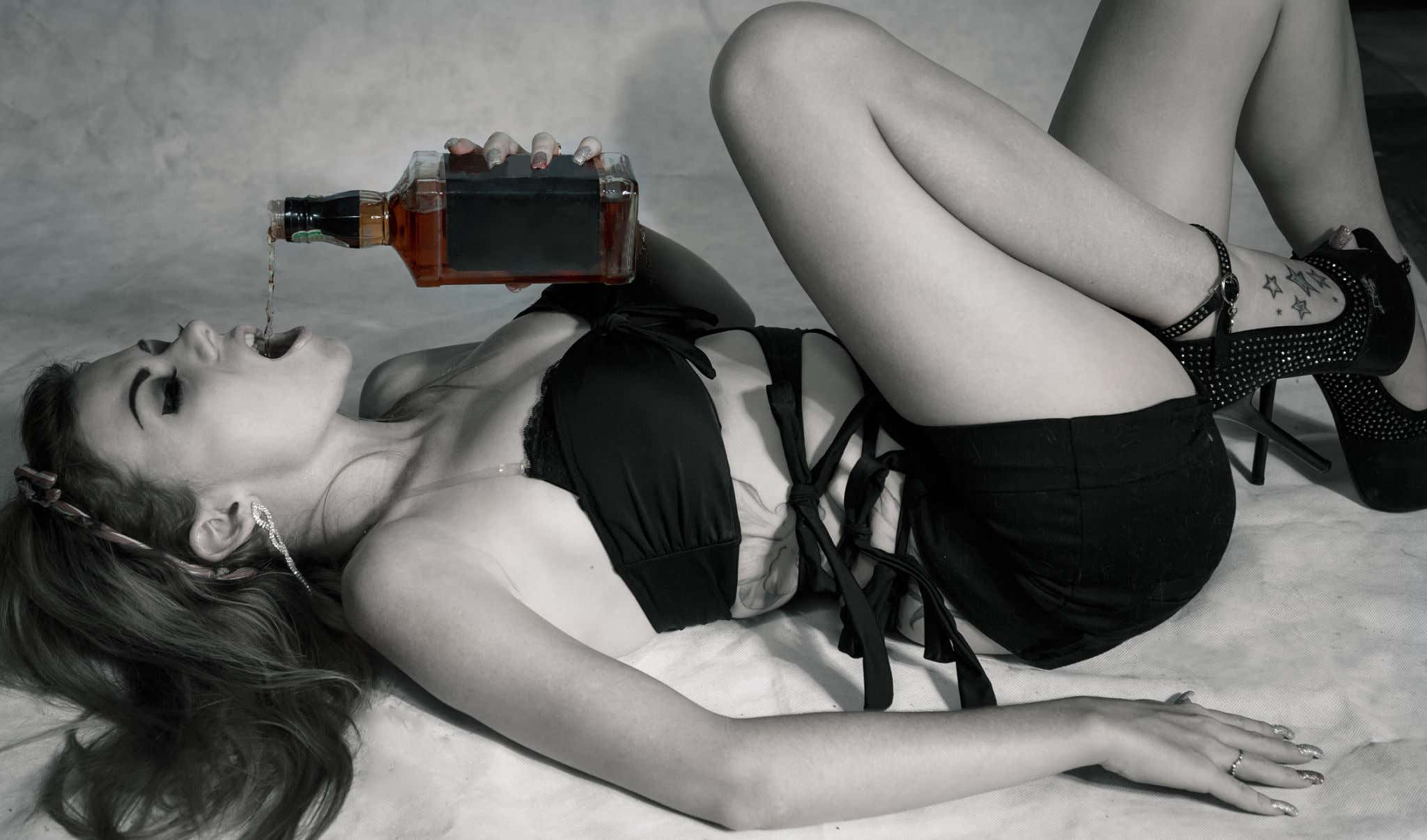 It was in December of 1975 that my parents decided to sell their house in Massachusetts and head south to Miami, leaving me and Moose without a forwarding address. I was 19 and Moose was 23 at the time and after losing 75 bucks at the Foxboro Raceway on a tip from "The Chinaman", me, Moose, and his best friend Dennis started partying together on a regular basis; raisin' hell, chasin' skirt, and closin' bars…

Moose had done some automobile reconditioning and I detailed cars on the side so we decided we'd move to Miami and open an auto detailing shop. At first, Dennis was coming with us, but his family owned a busy package store in a neighboring town and he had to stay behind and run it. Before we left for Miami, Dennis took me aside and said. "Listen, Vinnie, Moose is my best friend, but I don't trust him and you shouldn't either. Watch yourself-" It was a surprising change of perspective from the usual camaraderie that existed between the three of us, but I realized that Dennis and I had become friends along the way and he was giving me a heads-up and I appreciated his candor and didn't take it lightly… I'd find out exactly what he meant just weeks later after Moose and I rented a small house together in Miramar…

My mother needed to have her chocolate brown, '72 four-door Gran Torino transported to Miami and we were more than willing to drive it there for her, securing our ride and fuel costs. We added two other local kids who needed rides south, Kenny and Robin. 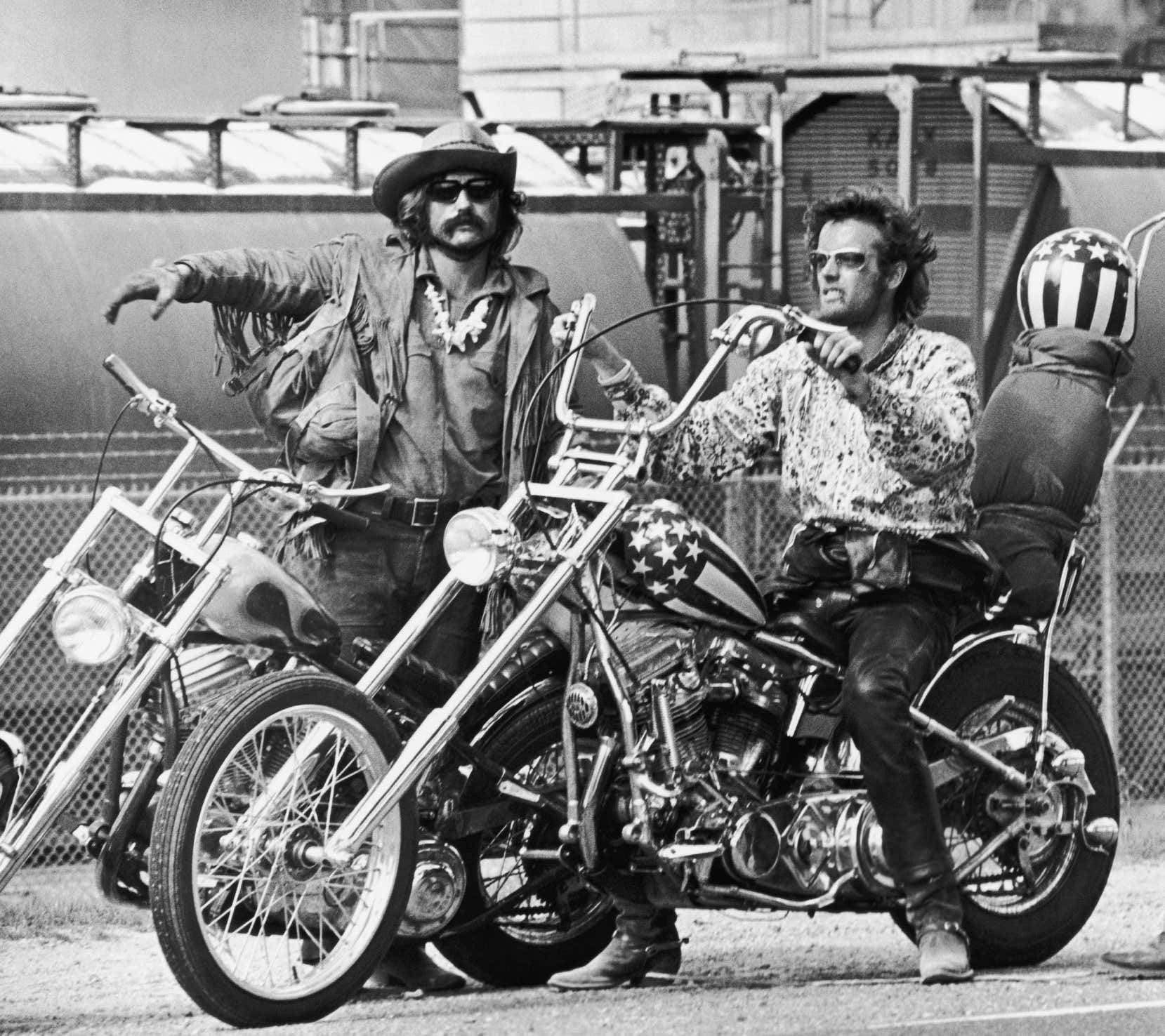 Kenny, Moose's friend, had medium-length light brown hair, a thick mustache, and when he wore his wide brim bushman's leather hat he reminded me of Billy, Dennis Hopper's character in Easy Rider. 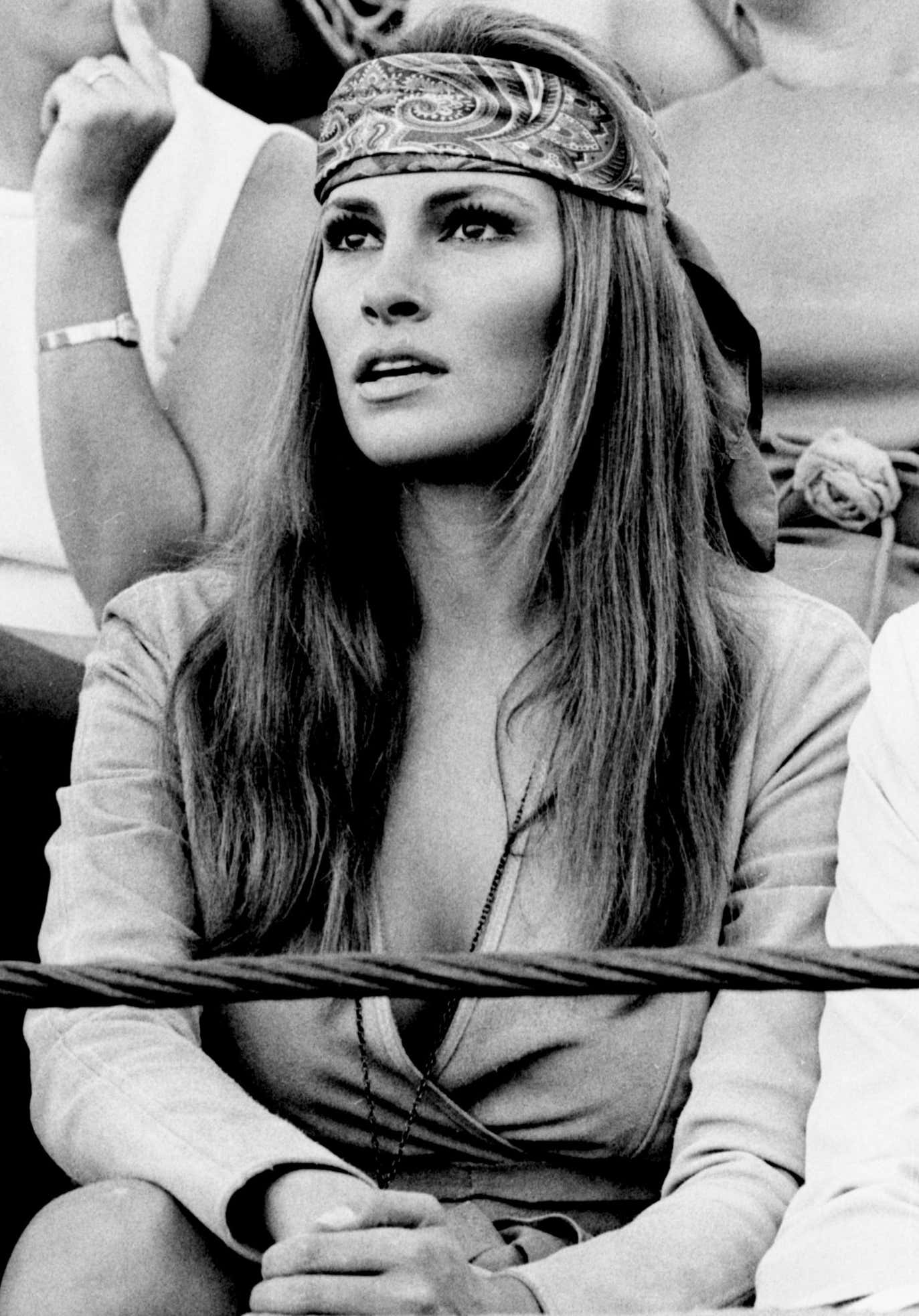 Robin was beautiful. She was a couple of years older than me, 5 foot 7 with long legs, dark skin, big brown eyes, and long, straight brown hair. Without exaggeration, she looked a lot like a young Raquel Welch… In addition to being easy on the eyes, she was a free spirit and spoke openly about everything and anything.

It was during the second week of January 1976, that Moose and I rented a 5' x 10' enclosed U-Haul trailer at a local garage where his brother Paul worked. On paper, it was a one-day, prepaid, local rental, but the trailer was headed to Miami, and thanks to Paul, the paperwork disappeared and there was no way to trace anything back to us. 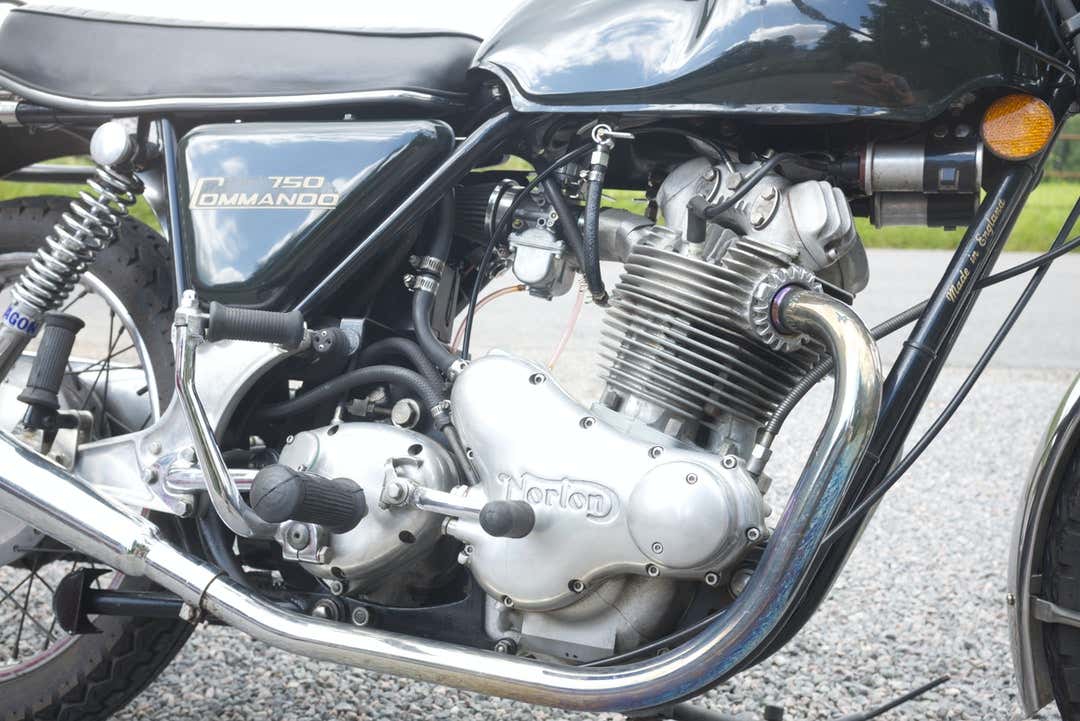 First in the trailer was Moose's 750 Norton Commando. It was a gorgeous custom motorcycle, gloss black with gold graphics. In addition to the motorcycle, Moose brought his bureau, ten-speed bicycle, and some other belongings he'd kept in storage while he stayed at my parent's house. I brought my bench and 500 lbs. of iron, the kind you pumped. Between the trailer, the motorcycle, the weights, and four passengers, the Gran Torino had some serious towing to do and its 302 small-block Windsor V8 was more than up to the task.

Robin was getting off in North Carolina, where her boyfriend Frank lived and Kenny was going to his family's winter home in northern Florida. Moose and I were headed all the way to Miami to start a business.

Moose was first behind the wheel. While he drove, Kenny and I guzzled beer we kept on ice in a Styrofoam cooler between him and Robin in the back seat, and we all indulged in some good Jamaican weed. Moose kept a cold one between his legs and sipped it while he drove and didn't miss his turn on the smoke. Robin wasn't much of a drinker, but she liked weed and once we were all stoned the conversation amped up and the four of us laughed all the way to North Carolina, listening to a variety of local FM radio stations I tuned in as soon as the current one faded out.

As much fun as it was driving from Massachusetts to Florida and escaping the cold January weather when we knew we were getting close to Frank's house in North Carolina, we welcomed the thought of stopping for the night. Setting out on a life-changing journey was exciting and the ride was to be savored, not rushed. When we pulled up at 2:00 a.m. there was some sadness that immediately overwhelmed me as I watched Robin get out of the car and greet Frank. We would be driving the rest of the way without our female companion and I knew the dynamic would be very different… Frank lived in a two-story farmhouse set in a large clearing on a spacious, heavily-wooded lot. There weren't any other homes within an eyeshot and despite the house having an aged, unkempt look, it was a welcome sight to long-distance travelers like us. There were several rusted pieces of dead farm equipment scattered about the property including an old tractor and several attachments that looked like they were planted there many years ago.

Frank was a carpenter and lived in the house with his business partner, who at 2:00 am, was sound asleep in an unheated room on the second floor. Frank's room was on the first floor where there was heat. He offered Moose, Kenny, and myself rooms on the second floor where there were beds and linen, or the couches downstairs with no linen and some heat. We crashed on the couches where the effects of the long ride, the cold beer, and the potent weed had the three of us sound asleep within minutes.

In the morning the daylight shined into the living room through poorly-fit curtains that hung over three sets of double-hung windows, ones that when the curtains were pulled completely open provided an unobstructed view of the dirt driveway. Robin and Frank came out of the bedroom locked in a playful embrace and then, announced by the creaking sound of aging wooden stair treads, Frank's business partner made his way downstairs. 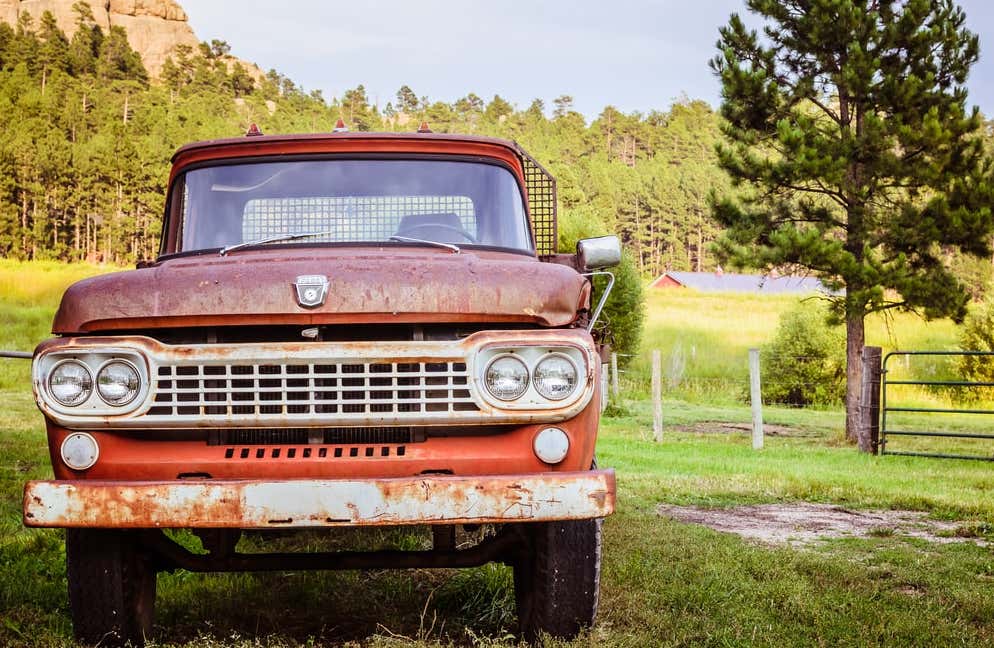 Frank made a fresh pot of coffee and we eagerly filled our mugs, not only for the well-needed caffeine jolt but for the warmth it provided our hands. After some conversation, Frank's partner went outside to where their early model, faded Ford pick-up truck was parked under a weather-beaten, tin-roofed carport and attempted to start the truck. Minutes later he ran back in and out of the cold morning air and told Frank it wouldn't turn over. Frank immediately suspected the battery and made a call to a building contractor and explained that their truck wouldn't start and that they'd try to start it again later and if it didn't start, they'd charge the battery overnight and try again in the morning. There was no urgency in Frank's voice and I got the impression that in these parts, life operated at a much slower pace than in Massachusetts, and that work could easily be put off until the next day without upsetting anyone. Having Robin there definitely made Frank's decision to stay home that much easier…

With six empty coffee mugs spread out on the seven-foot-long knotty pine dining room table and an empty glass pot under the coffee maker in the kitchen, we said our goodbyes and got back in the Gran Torino to begin the rest of our journey. Kenny got behind the wheel, Moose moved into the shotgun position, and I manned the backseat alone, tending to the beverages in the Styrofoam cooler.

Moose was tired and he nodded off quickly, and I kept a conversation going with Kenny so his focus didn't waver.  With a stolen U-Haul trailer, a cooler full of beer, and enough weed to get us busted, the last thing we wanted to do was crash and end up in a ditch where some South Carolina State Troopers would find us and then lock us up, if we were still breathing…

Somehow, we avoided crashing and stopped at a rest area in South Carolina to empty our bladders and grab some lunch. The weather had already started to warm up and we removed our heavy sweatshirts. The warm weather put us all in good moods and we started thinking beyond our journey and more about our destinations. 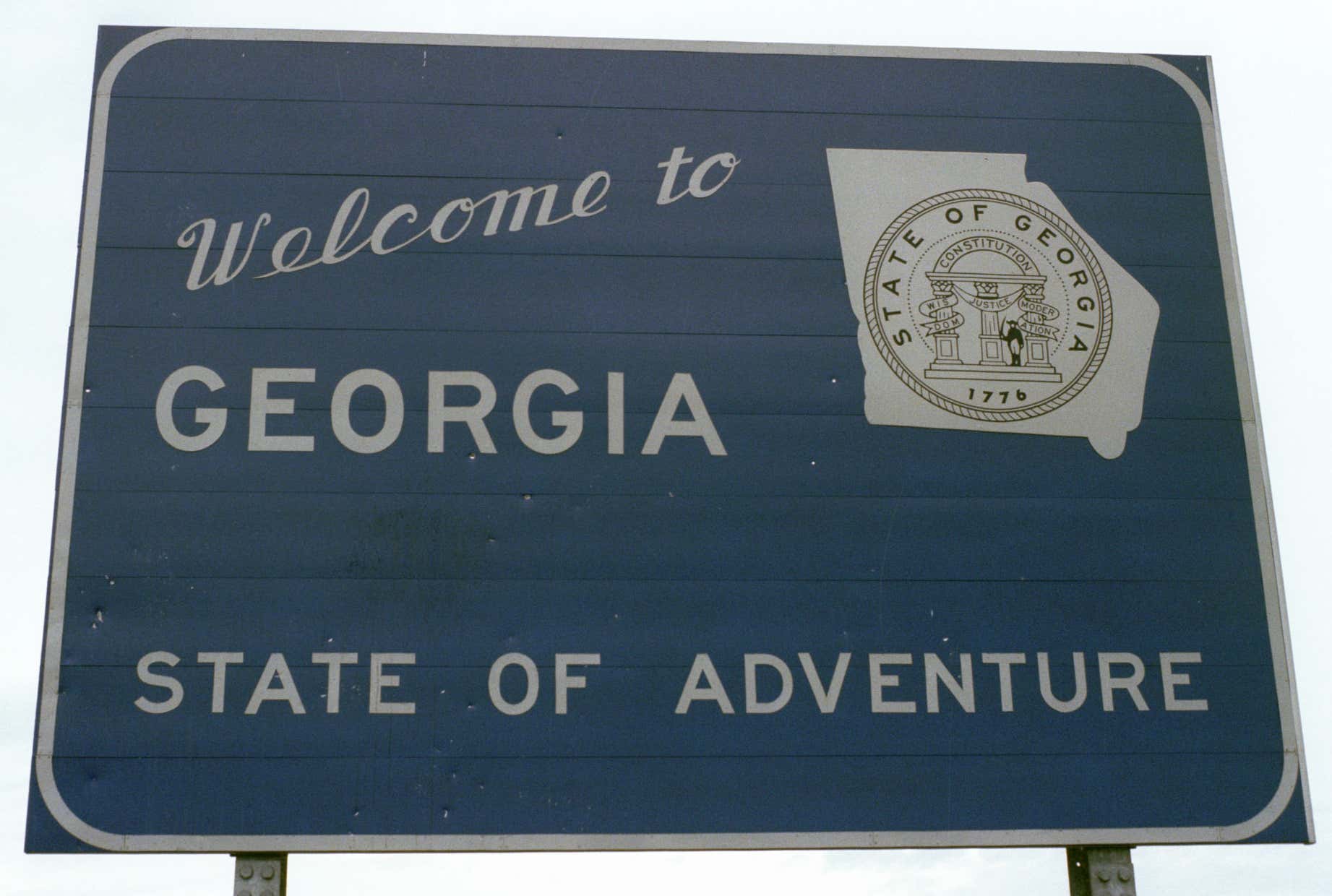 I wouldn't get my turn behind the wheel until we entered Georgia, but the wildest ride would be down Biscayne Boulevard weeks later with Cindy and Mary, two of Moose's friends, with me behind the wheel of my father's car after downing 42 shots of Drambuie…

I'm on my bullshit
Smokin' and drinkin'
just wastin' my time
No worryin', no thinkin'
more women, more wine

*All characters appearing in this work are fictitious. Any resemblance to real persons, living or dead, is purely coincidental…