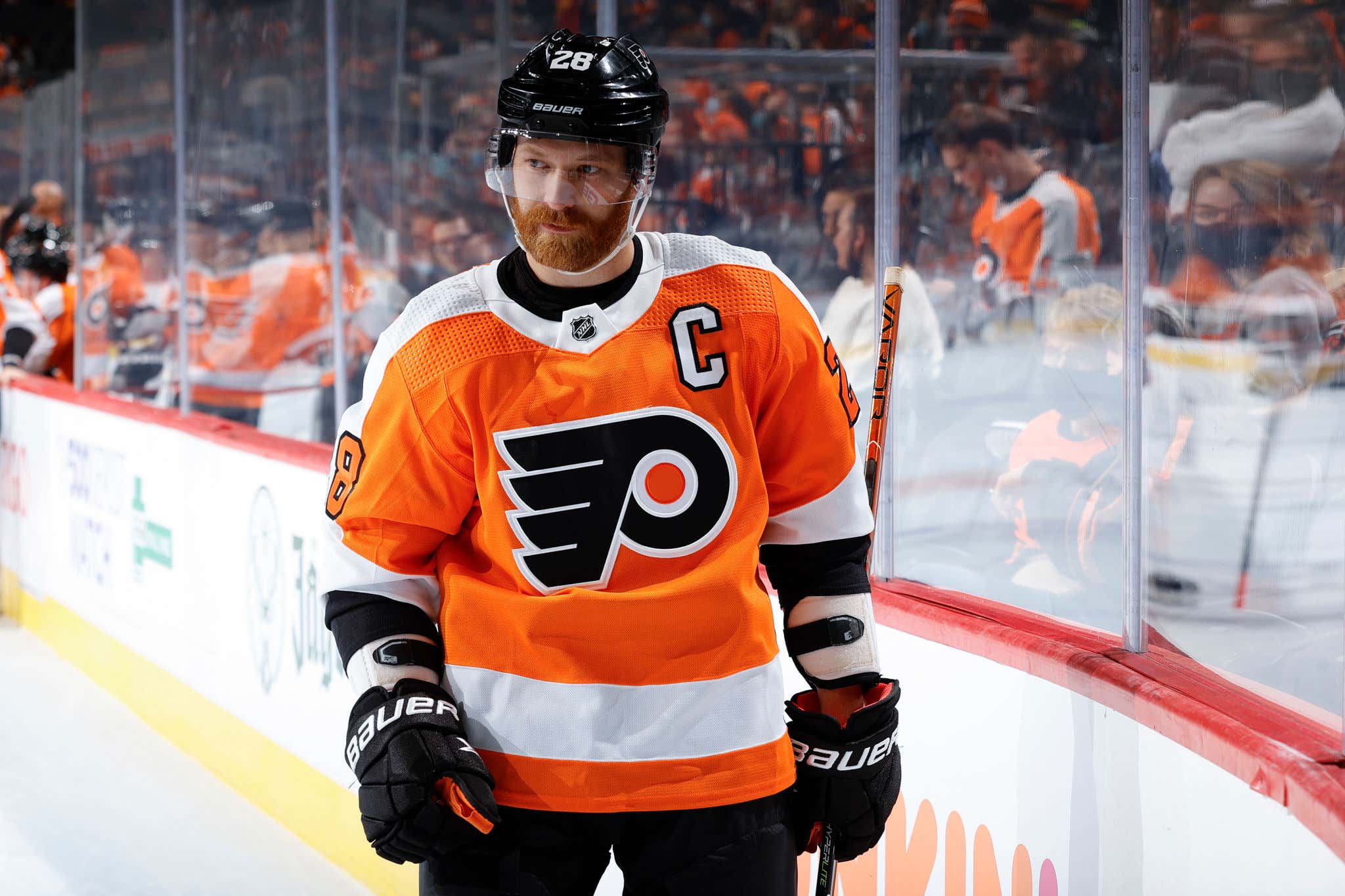 Last night this team lost their 13th consecutive game. A new franchise record. And the worst part is that there's no hope on the horizon. This season is obviously shot, and today Comcast Spectacor CEO Dave Scott said he doesn't think the Flyers need a "3, 4 or 5 year rebuild". Which means we have another decade of mediocrity at best to look forward to here.

But while there may not be hope for the Flyers, there is still hope for Claude Giroux. The captain, the 2nd leading career points scorer in Flyers history, and one of the most underrated stars in Philly sports history. He's given everything to this team. 14 seasons, 10 of them as the captain, 5 seasons where he was scoring at least a point per game or better, and some of the most memorable goals in team history. He's played center, he's played on the wing, he's done everything he could for this team. Yet the organization has still completely wasted his career. A trip to the Stanley Cup Final in his first full season in the league, and only 2 playoff series wins since then. Just a total waste of a franchise altering talent.

Which brings us to today. Chuck Fletcher and Dave Scott held a press conference to talk about what an unmitigated disaster this year has turned out to be for the Flyers. Maybe there's a good chance Claude Giroux saw this one coming a mile away which is why he chose not to sign a contract extension over this past summer. Because now he's on the final year of his 8-year, $8.275M AAV contract, has a full NMC, and apparently it'll be up to him whether he gets shipped off to a contender by the trade deadline or not.

It's going to hurt like an absolute bitch to see Claude Giroux wearing any other sweater besides an orange one, but please have mercy and let this man out of Philly. "If you love someone, let them go". That sort of thing. Claude Giroux is 34-years-old. He's still the best player on the Flyers roster, but granted that's not saying much. Either way, he'd be an unreal pickup for any team with legitimate hopes of winning the Cup this year to add to their top 6. Colorado, Minnesota, Nashville. Hell, as much as it would physically pain me to see, Giroux would be perfect for the Bruins. The Flyers can just eat most of the remaining salary on his contract, get whatever draft picks and prospects they can in return, and set Claude free.

As soon as Claude Giroux gives the greenlight, the Flyers owe him to do everything they possibly can to get a trade done with a contender. If that means settling for a lower return than they were expecting then so be it. This isn't the time to be worried about making the best business decisions. This is about giving a guy a chance to salvage a career the Flyers have wasted by sending him on his way to skating a lap with Lord Stanley in June.