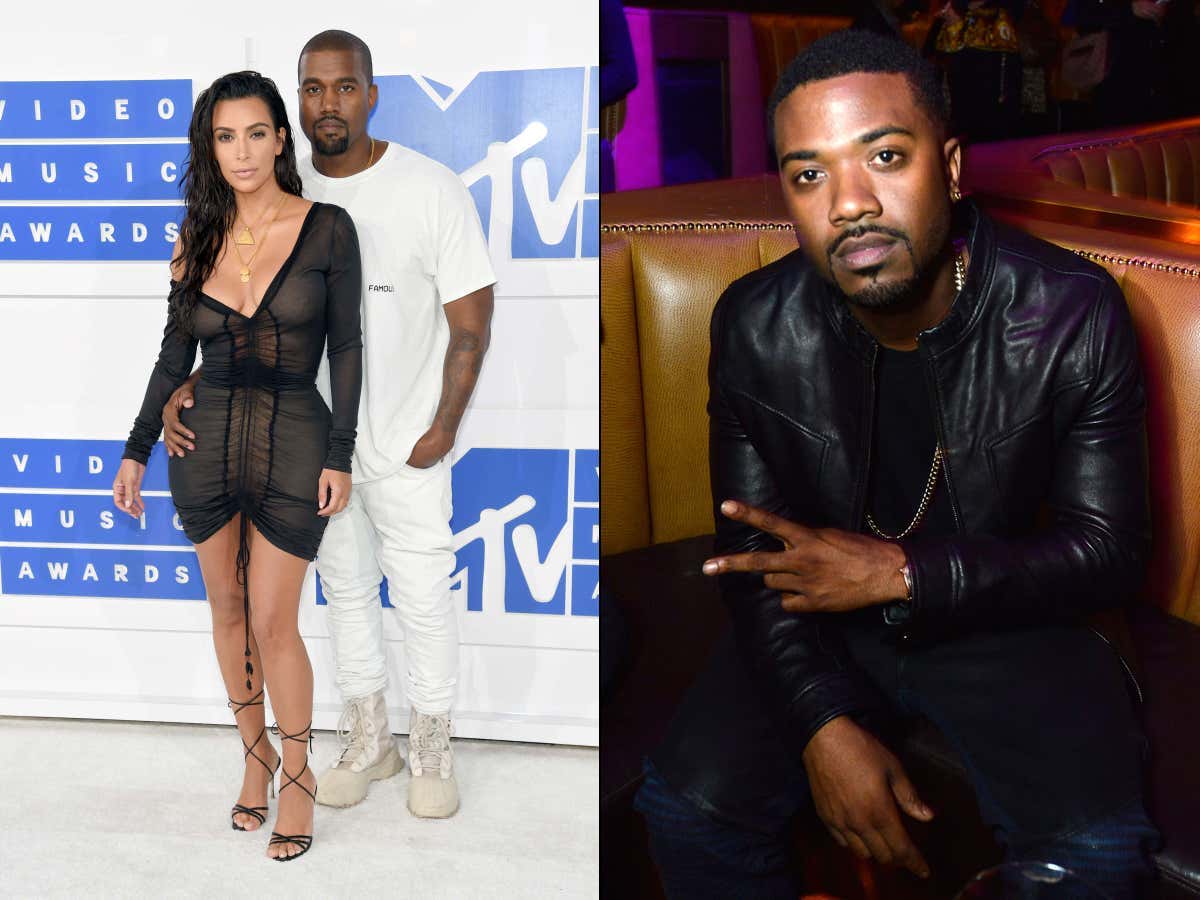 Yes this was blogged yesterday by Pat but I couldn't just sit here and let his words go unchallenged. Call it a re-blog, but I'm taking the other side of the coin here for the sake of humanity.

The story here is that Kanye flew across the country in the middle of the night to pick up a secret laptop that allegedly contained Kim Kardashian and Ray J's second sex tape.

“I went and got the laptop from Ray J myself that night,” West, 44, said during the interview, which was released on Monday. “I met this man at the airport, then got on a red-eye, came back [and] delivered it to her at 8 a.m. in the morning.” (Page Six)

File this one under "who gives a fuck?" I'm honestly at the point with Kanye where I'm starting to hate him. I mean for someone who despises the media as much as he does he sure loves being on camera. Also, does anyone care about a second Kim K sex tape?

Look, I understand that people are a bit sick of Kim K at this point, but make NO MISTAKE if a second Kim Kardashian sex tape dropped from the clouds today the entire world would stop on a dime. No exaggeration, there would be plans cancelled across the entire board to go find and watch that thing. No one would go outside. Everyone's time would be devoted to finding the video like Earth's survival depended on it.

Do you remember the rush when that shit leaked in 2007? I treated that Limewire download like I had nuclear launch codes hidden on my computer. If my mom needed to borrow the computer I'd delete any trace of it, only to re-download again in the near future when the coast was clear. Paranoid much? Yes, but I couldn't risk that being discovered under any circumstances. Downloading illegal music is one thing, having your mom find Kim K's sex tape downloaded on your computer is a different dinner discussion I wanted no part of.

Furthermore to the story, Kim's attorney shot down any notion that the tape had additional sex on it…

“The computer and hard drive collected were supposed to contain the original video and any unseen footage. After review, there was nothing sexual unseen, only footage on the plane on the way to Mexico and footage at a club and restaurant on the same trip,” read the statement.

Yeah sorry, but I'm calling bullshit, respectively again of course. Now that she has the tape she can say whatever the hell she wants, but the fact that Kim cried when Kanye gave it back to her tells you everything you need to know. No one is crying in that moment getting back vacation videos at a restaurant and club. There was something major on that laptop, but thanks to Kanye we'll never know.

My overall point here, regardless what is on the tape, is a new Kim K sex tape leaking would in fact be a gigantic deal to society. Remember a few months ago when there were rumors Facebook's master code got deleted and the world was gonna shut down? That's the kind of attention we're talking here. Maybe we need that to unite the country again? Only did wonders for Kim back then, can't imagine it would hurt now. How about the next time her name is in hot water? Just a suggestion that I'm sure Kris Jenner wouldn't be opposed to.