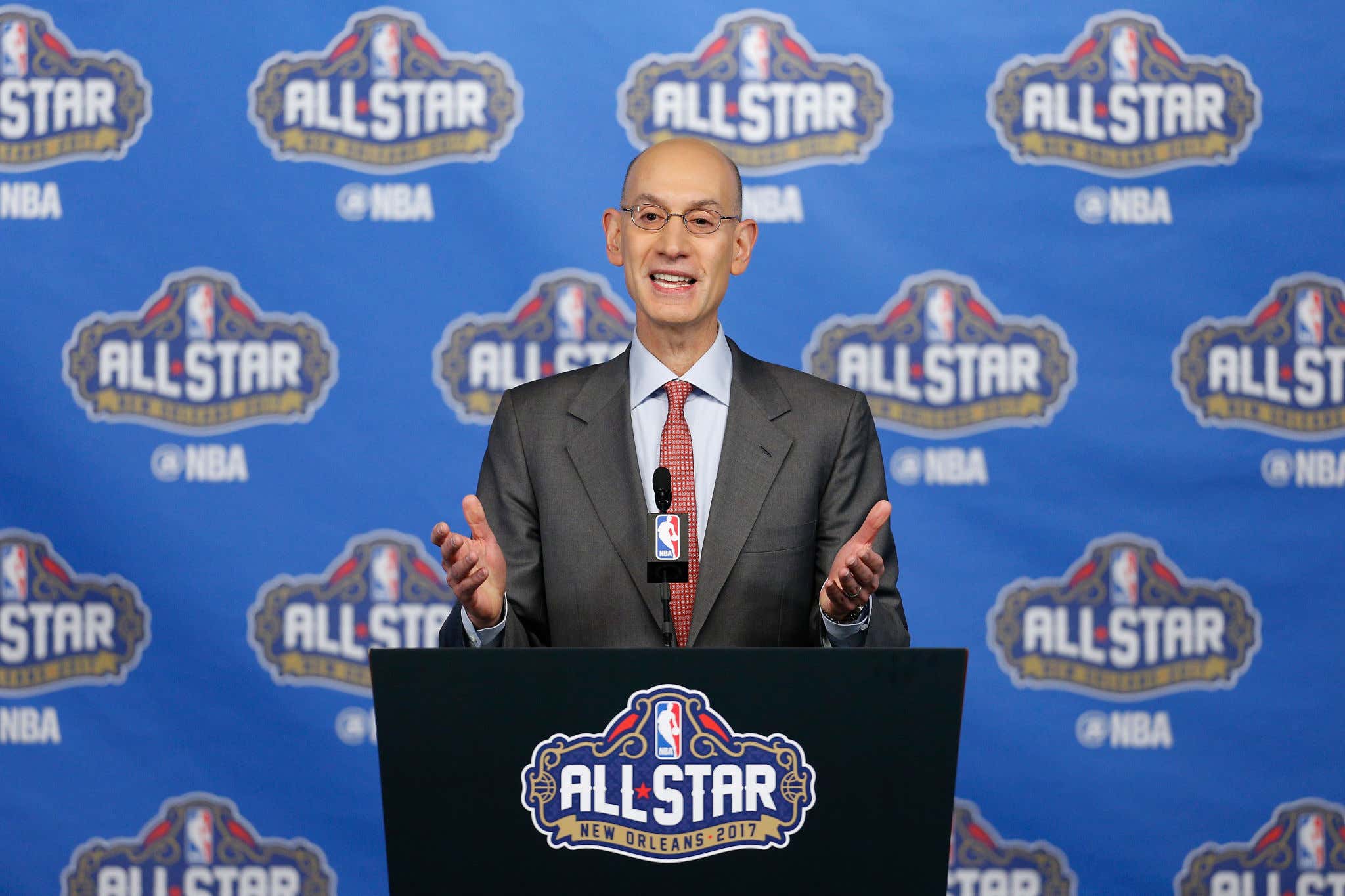 I'm not sure anyone was sitting around saying "you know what? The NBA should revamp their Rookie/Sophomore game" but my initial reaction is this could be pretty cool. The All Star game is about entertainment and trying new shit, so why not! I like how they included some G League Ignite players, but why stop there? Why shouldn't normal G League players be open to this? I bet we see that expand if this idea takes off.

We know the NBA is tournament obsessed. One way or another they are going to find out a way to get some sort of in season tournament going. If this takes off, I think the possibility of having that in season tournament during the actual season only goes up. I'd be a little worried about 7 man rosters and guys playing too much/getting hurt, but I do like the target score idea in order to honor the 75th year. Remember, people shit on the Elam ending, but that was fun as hell in 2020

Sure ending on an AD free throw was kind of lame, but the overall experience of those last 5 minutes was great. I see no reason why that now can't happen in the Rookie/Sophomore game. You might not know this about me, but I'm not much of a math guy and the plan sounds far too confusing for my pea sized brain, so as long as the people in charge know what they're doing and the games are entertaining that's all I care about. Here are the specifics

Switch up All Star Weekend as much as you want as far as I'm concerned. Get rid of the Skills Challenge that kind of sucks now and give us 3 on 3 or something. Find a way to make the Dunk Contest great again. You want to really make a splash? Give us some sort of version of Rock N Jock

Maybe stop producing ugly ass All Star jerseys and go back to the glory days when everyone just wore their own team's jersey. There are plenty of things you can do to improve All Star Weekend so it's good to see Adam Silver is open to new ideas. First came this year's rule changes (with hopefully the bullshit take foul coming next), now we have new and innovative All Star festivities to test shit out. As soon as Adam figures out how to make sure his officials stop sucking ass, we could really be onto something here.

I know people are sometimes afraid of new and innovative ideas, but this is a fake game during All Star weekend. If you can't get nuts and try new things with that stuff, when can you? I say embrace it and have fun with it. Chances are it'll provide us with awesome moments.