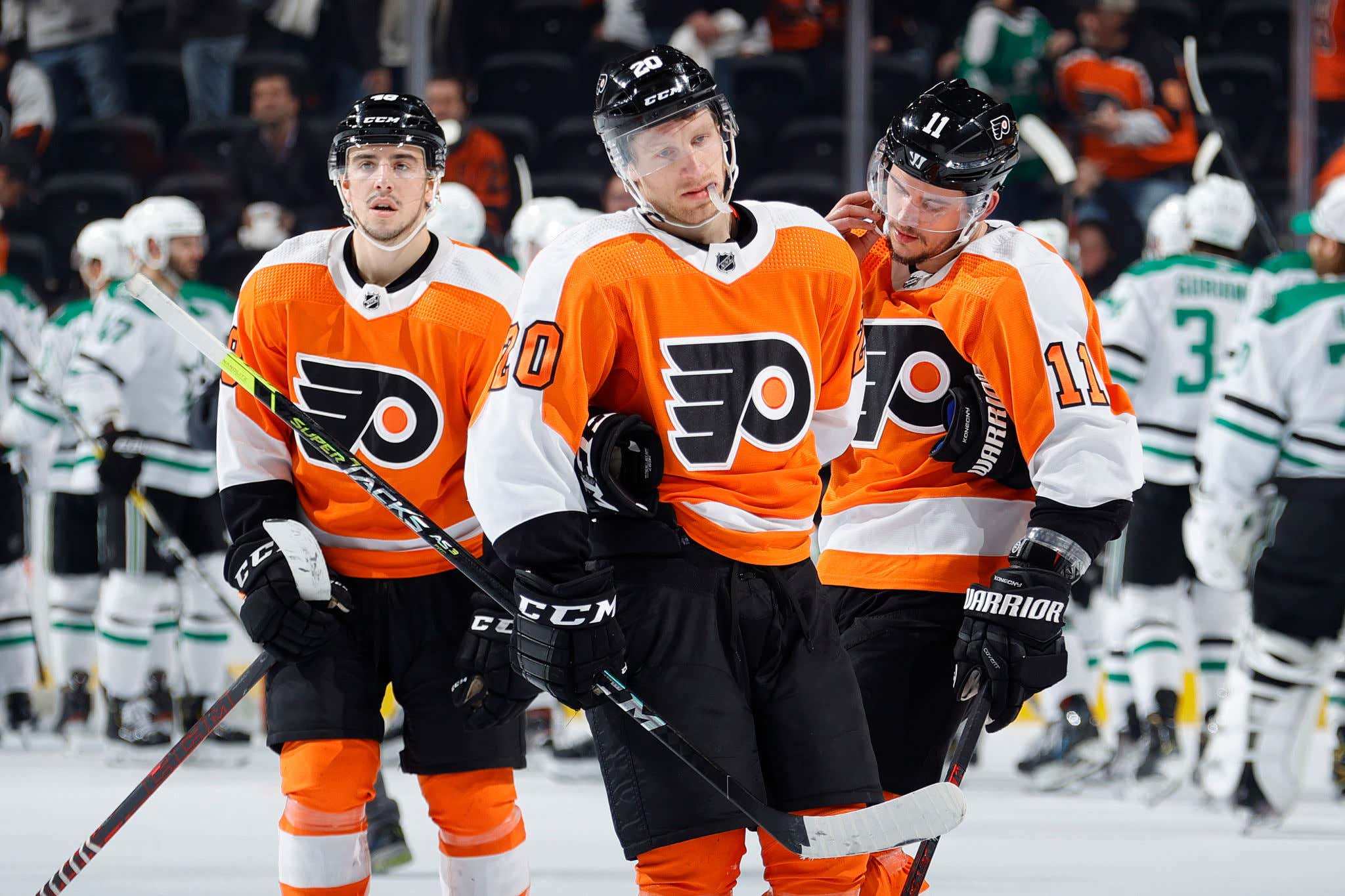 December 29, 2021. The Flyers were playing the first of their 4-game road trip out to the west coast. Fortunately they got to start off the trip against the Seattle Kraken, and had won that game 3-2 in overtime.

Remember that friend you had when you were growing up who you've completely drifted apart from? At some moment in your life, you and that friend had hung out for the final time without either of you realizing it. Life goes on, people change, the world keeps spinning. But in that moment, you didn't think anything of it.

I'm assuming that's how the Flyers felt on 12/29/21. Because without knowing it at the time, that could very well have been the last game this team ever wins. The signs were all there and they should have seen it coming. Heck, it was 2 weeks prior that the Flyers had their last regulation win of the season. A 6-1 win over the Devils on December 14. But since that night in Seattle, it's been 12 straight losses for the Flyers. Not a single win in the year 2022, and the best they've done is pick up a point in an overtime loss to the Sharks and a shootout loss to the Islanders. 12 losses in a row and 10 of them coming in regulation. Hooooly shit. Fucking embarrassing.

I mean what if this team just never wins again? I know it would sound rather unlikely, but you can't put anything past this sack of shit organization. The time is going to come when they inevitably trade Giroux to give him a shot at winning the Cup. Fucking Nick Seeler is playing left wing. Hayes and Farabee are on IR. Couturier and Ellis (if Ryan Ellis even exists, I'm starting to think he's just a figment of our imagination) are on LTIR. All signs are pointing towards this thing getting even worse.

40 more games left in the season. The Flyers have had losing streaks of both 10 games and now 12 and counting already this season. What's stopping them from just losing 40 straight to close out the year? Maybe a game against the Habs on March 13th, but that's it.

But don't worry. It's not all terrible. I mean Comcast is clearly going to do something to make all this right for the fans. Who gives a shit about wins and losses when you can just head over to play Gritty Snax, the new mobile game presented by TCS.

Comcast needs to sell the team, the Gritty costume needs to get torched in a blaze of glory, and TCS can go fuck off somewhere.