Source - A bobcat used an Arizona golf course's bunker to hunt down a duck (or goose) last week ... and video of the scene is WILD!!!

Several golfers caught the cat in action at Silverleaf Country Club in Scottsdale on Friday ... showing the bobcat stalking a flock of birds on the 15th hole at the course.

You can see in the footage ... the cat used the hole's layout perfectly to get his lunch, hiding in the sand before springing into action. The animal ended up catching one of the birds with its teeth -- and eventually hauled his meal off into the desert.

First of all, I had no idea they had bobcats in Arizona. I'm being told I'm an idiot for not knowing that, but it's true. I'm not much of a nature guy which is why this video was so shocking to me. Like, how is nobody scared? Granted a full grown bobcat is only twenty pounds but still, that thing was in kill mode. It went from one side of the bunker... 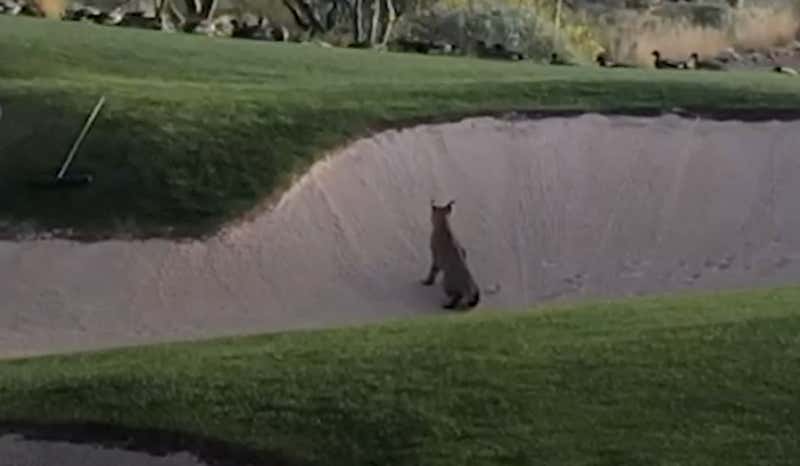 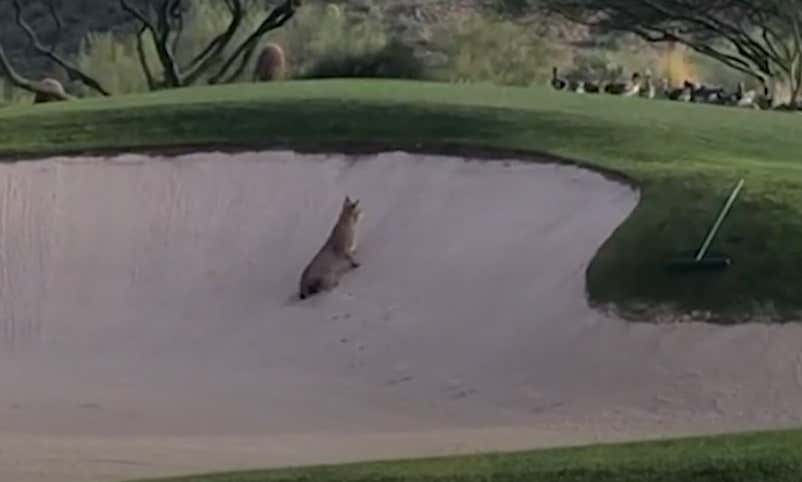 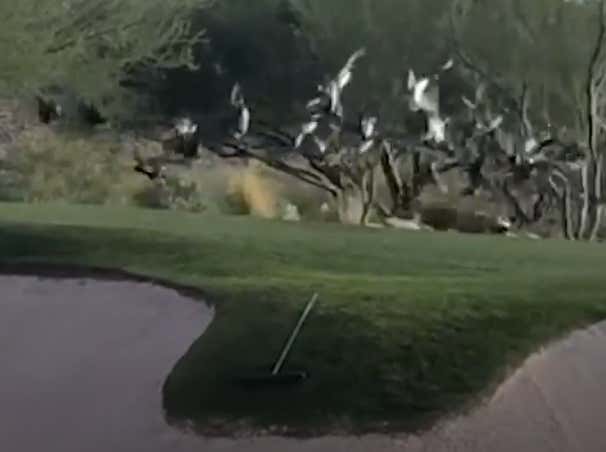 I would've ran the other way, but that's just me. Having said that, I think if push came to shove I could kill a bobcat. All you have to do is prevent it from latching on to your neck and you're good. Whether or not I could do that after a few drinks on the golf course is another story. Chances are I'd try to pet it but that's neither here nor there. Mother nature remains undefeated. Have a lovely Tuesday.