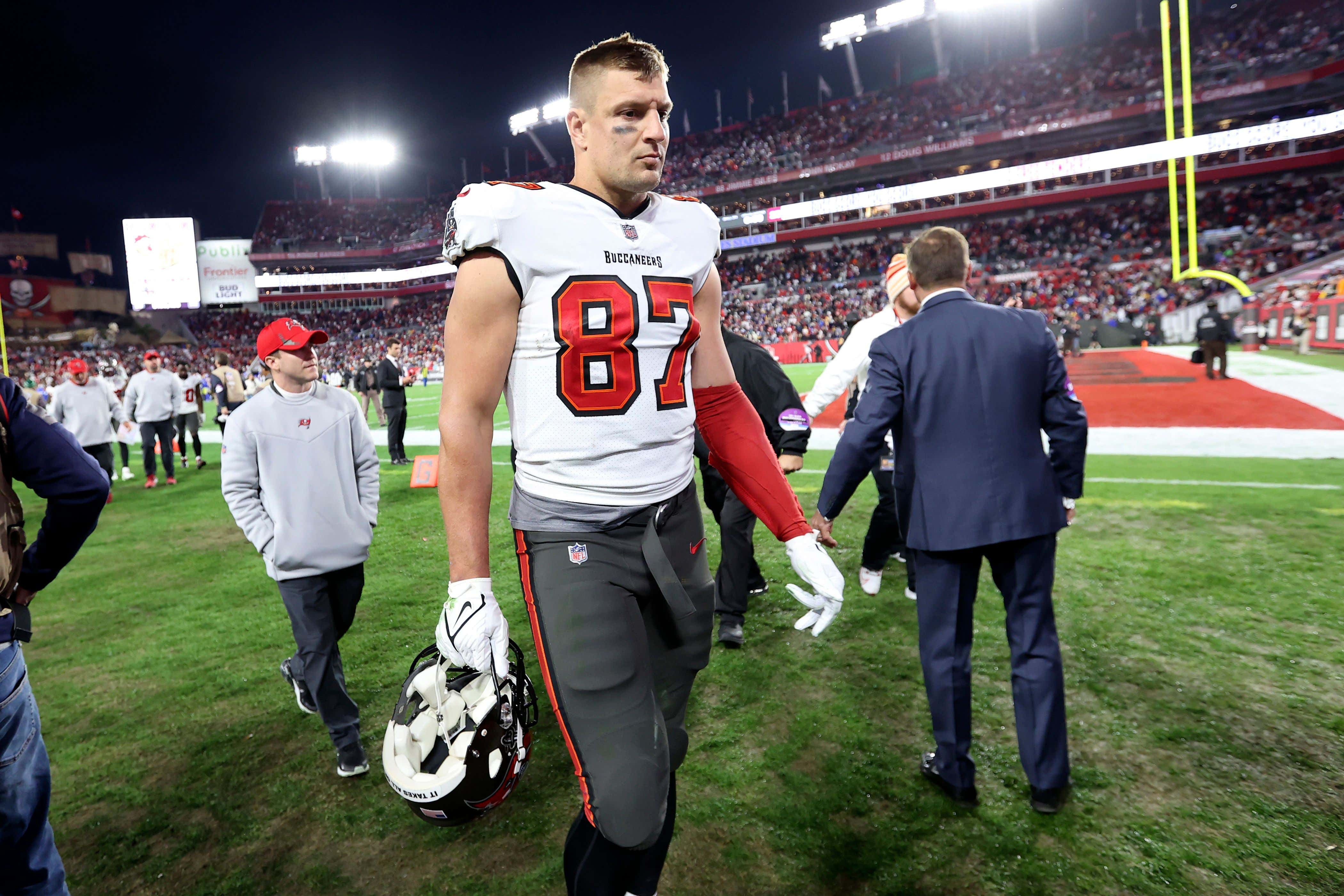 Like I told the good people of Tampa Bay and the millions more who just finished up their sophomore season on the Buccaneers bandwagon yesterday when a Gisele Instagram post fueled speculation that her husband just played his last game:

… welcome to my world. At least my world and the world of everyone else in New England from the 2017 to March 17, 2020. That's the period from about the first time we started getting rumors that Tom Brady was unhappy with the existence of Jimmy Garoppolo and went to Patriots ownership to demand a trade, to the day he finally left a note saying he'd walked out on me in the middle of a St. Patrick's Day morning. All the time in between was spent looking for signs of what his intentions were. Based on whether he showed up to non-mandatory workouts. How he answered questions at the podium and on his radio show. His body language at training camp. What he said on Facebook documentary series. And everything he and his wife posted. It was sheer misery. Every Patriots fan felt like it was the opening scene in "Wedding Crashers," except we couldn't get the Kroegers to even agree on splitting the frequent flyer miles.

But in some ways, it was even worse figuring out the plans of one of the children of this marriage, Rob Gronkowski. With him, it started sooner. Beginning when members of the Gronkowski family kept putting it out in the press he was unhappy with his contract and the medical treatment he'd gotten from the team. Then it sent shockwaves when Bill Belichick reportedly called Gronk out in front of the team with a dig about him training at TB12 instead of keeping his weight up. After they lost Super Bowl LII, he was asked if he was retiring and his answer, "Where did you hear that?" sent aftershock shockwaves. From then on, it was all about deciphering the rap lyrics he would randomly Tweet out for clues, bracing ourselves for one "big announcement" after another, only to have it be about him getting into the CBD business or hyping some motocross event. Then he retired. Then unretired. Recaptured a good percentage of his former glory. Dominated the Super Bowl and won another ring. And now, Bucs fans find themselves in the position all of New England was for a couple of years at least. Thanks to this:

Enjoy yourselves. It's not going to be pleasant. And it's not going to be over any time soon. You're going to have to figure out what Gronk's intentions are based on obtuse Tweets and teased announcements that turn out to be paid promotions and possibly TV commercials where he's asking for insurance that's discounted for U.S. service members and their families because he's a Super Bowl champion.

And hanging in the balance is going to be a future that involves a guy who just went for 800 yards and six touchdowns in just 12 games and is capable of these things:

… or fated to have Cameron Brate as your TE1 (no disrespect intended). Enjoy.

The one thing that I am 100% convinced of though, is that Gronk's decision will completely depend on Brady's. They are a package deal. Marked "Not available for individual sale." BOGO. It's impossible to envision a world where Gronk retires and Brady stays or vice versa. Nor can you picture Brady going elsewhere, say San Francisco, as has been speculated, and Gronk not going with him. If TB12 decides to spend a year in Costa Rica, the help will need to set a place at the table for him. If Jeff Bezos invites Brady into space, they'll need another 6-feet-6 of space in the capsule and enough fuel to add 265 pounds of payload. But the bottom line is that, if one of these guys is playing next year and the other isn't standing in the same huddle, I'll be shocked.

Personally for me though, I'm just glad it's not my problem. I've got my quarterback of the present and future in Mac Jones. And my tight ends in Hunter Henry and whatever that vaguely Jonnu Smith-shaped entity was that did nothing all season. Hopefully the first two will continue to develop even better chemistry the way Brady and Gronk did in their second season together. And the latter will make his way to OTAs and figure out how to finally give his team the two-tight end offense they paid for. Most importantly, I won't have to waste a second of my precious time worrying about whether they still want to play for the Pats.