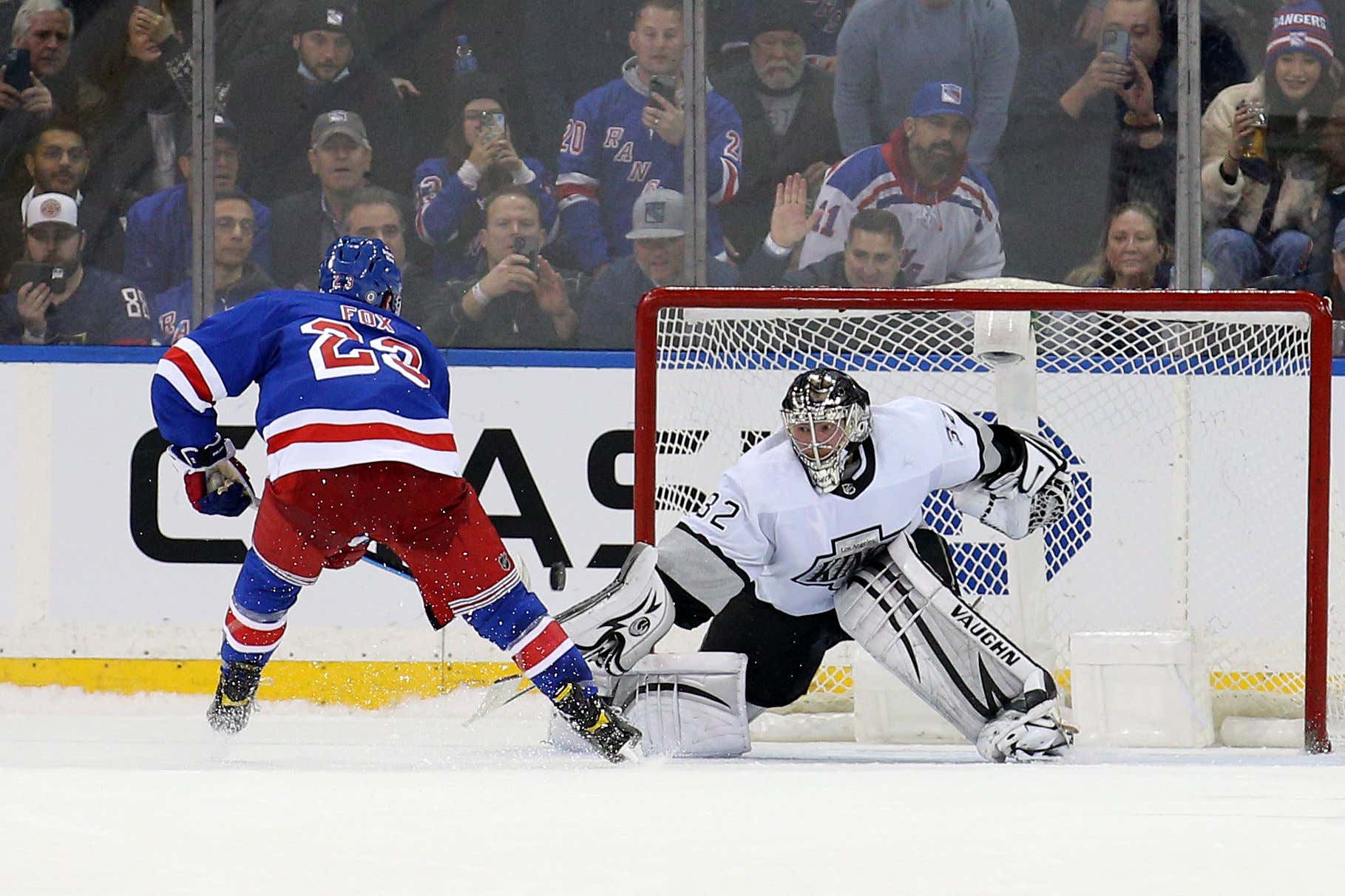 Some guys just have it all. Adam Fox's life started off by winning the lottery and being born in the good ol' US of A. He goes on to attend Harvard University (ever heard of it?), spends 3 years there to get out of having to move to Calgary after college, signs with the New York Rangers, wins the Norris Trophy as the NHL's best defenseman in just his 2nd year in the league, signs a nice comfy 7-year, $9.5M AAV contract extension, and is currently operating at over a point per game while leading the Rangers to the top of the Metro division standings.

So at what point is enough? At what point does Adam Fox say to himself, "you know what? I've got plenty going for me in life, and maybe I don't have to be so greedy anymore". Apparently not fucking yet because now Adam Fox decided that he wants to have Datsyuk hands in the shootout.

There are probably countless tailors in NYC who would love to work with silk as smooth as Adam Fox's mitts. This was naaaaaasty, and it was his first career NHL shootout attempt.

Why isn't this cat batting cleanup? Little fake to the forehand, drag to the backhand, and then tucks it away in the top bunk and puts that game to sleep. Again, it would just be nice if maybe Adam Fox didn't have to have EVERYTHING. Perhaps he could for once in his life leave some for the rest of society. Hell, he even turned Johnny Football into a hockey guy.

Per sources, it's Adam Fox's world.