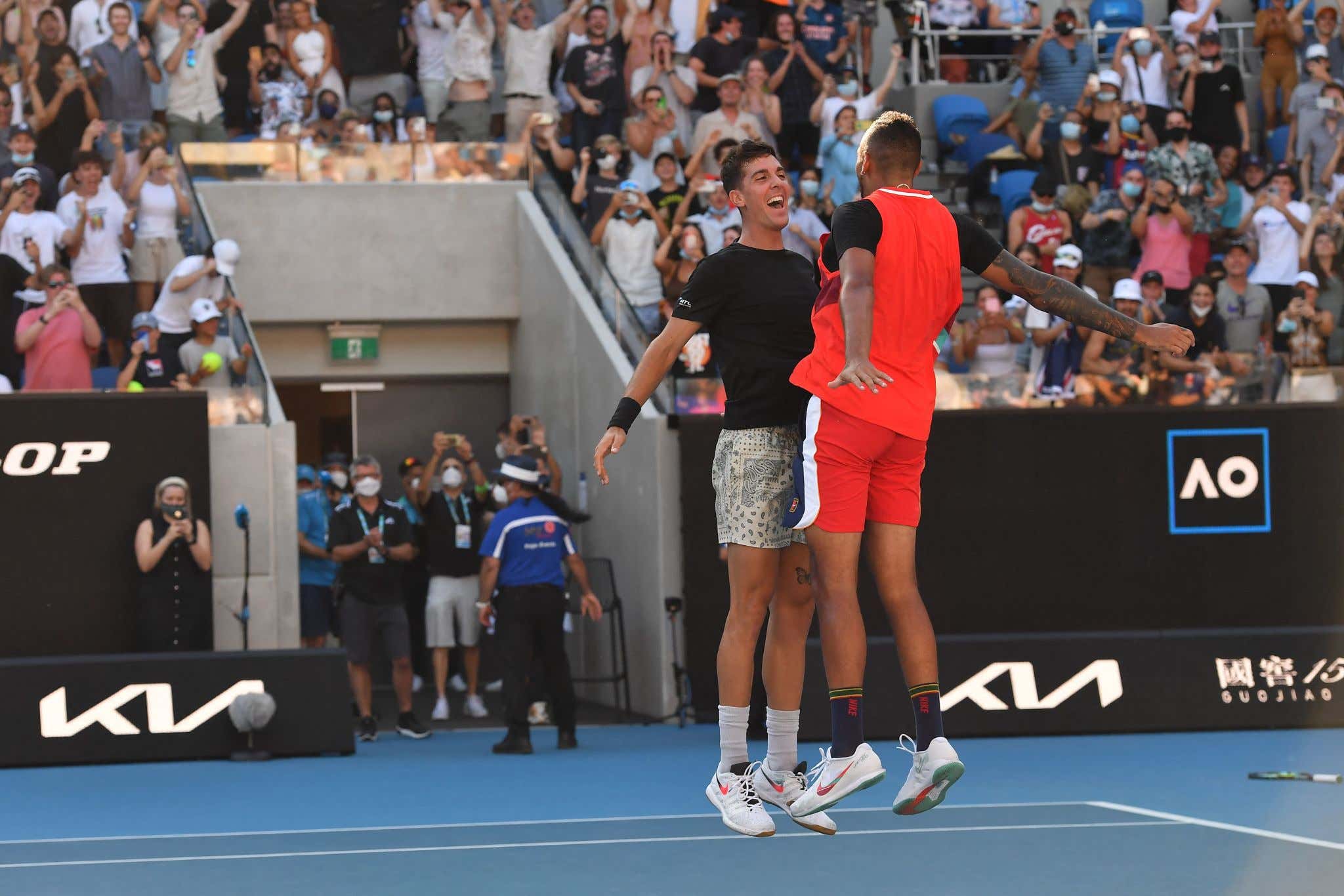 Box office. One, I love saying that phrase and two that's the only way you can describe the scenes out in Melbourne when Kyrgios and Kokkinakis take the stage for doubles tennis at the Aussie Open. I know it's doubles and that side of the sport never really gets the shine it deserves, but everything is way different with these two.

Having both been bounced early in the singles tournament, these two have focused on doubles and ripped through some of the best tandems in the sport. For fucks sake the number one team in the world tried to fight them after their match a couple days ago because they were so frustrated. The crowd for every single one of these matches is a complete and utter mad house. Every single point the Aussies win, the fans explode like they just won a war. Honestly sometimes even if their opponents' ball toss is bad they go nuts. The olds probably hate it because it's too loud and too crazy, but the way I see it, this is great for the sport.

There are a few things here that should attract the normal non-tennis fan to these matches…1) doubles matches are way shorter than singles 2) the rallies are shorter, and usually more fun 3) the crowd is bonkers 4) Kyrgios. I'm not saying you should normally watch doubles tennis with the randoms, but you gotta watch with these guys in the mix.

Early in the match Nick smacked a dead ball into the stands and accidentally drilled a kid in the stomach. Not great. Super unlucky and he felt terrible so he gave the kid a racket. Pretty good deal.

And yes the kid is completely fine so get off Nick's ass saying he shoulda been defaulted. Learn the rules.

Kyrgios was born for these team events. He can't will himself to win much when he's by himself out there, but teamed up for his country or with his best friend? He's finally locked in and wants the title.

Next match will be tomorrow night against the overall number 3 seed. Watch these highlights below and tell me you have something better to do on a Wednesday night. Stop it.