LOOK AT THE SCHOEN TRAIN PULLING OUT ALL THE STOPS TO GET HIS MAN BEFORE OLD MAN WINTER BUTTFUCKS THE TRI-STATE AREA WITH 2-22 INCHES TOMORROW!!!

Brian Daboll coached under Bill Belichick in New England AND Nick Saban at Bama, which ensures Daboll is definitely going to be a successful NFL head coach, right? RIGHT?!?

Okay, let's forget all that silliness as I quietly prune the Daboll branch from the Belichick Coaching Tree and move it to the Andy Reid Coaching Tree since he became such a hot candidate coaching under Sean McDermott who came up under Reid and the Andy Reid coaching tree's fruit is known to bloom champions while Belichick's just ends with the guys going back to New England to win titles. The only leaf of the Belichick Tree we will acknowledge is this picture from Daboll's Wikipedia page.

While on that Wikipedia page, I refuse to get too upset at Daboll's previous stops as offensive coordinator in Cleveland, Miami, and Kansas City where he ranked anywhere from the low 20s to dead last in offense considering his quarterbacks were Brady Quinn, Derek Anderson, Colt McCoy, Jake Delhomme, Seneca Wallace (even though he's an all-time great Madden player), Matt Moore (who is my sneaky favorite backup QB ever), and Matt Cassel (who was catching ricochet shots from ex-teammates this week).

I am working to confirm if Daboll is indeed not able to bring Josh Allen with him from Buffalo as roughly a billion different media personalities have said over the last couple of weeks. But if that is indeed true, the Giants just need to find a quarterback that is athletic, a great leader, and has no ego yet somehow had a billion haters on draft night.

Please save my little lamb, Brian. And please accept your invitation to the Daniel Jones Hype Group.

Thoughts and prayers to Tuanon though...

I can't prove that Brian Daboll is going to be a great leader of men or assemble a decent staff because the Bills had a good offense with an absolute weapon at QB. But quotes like this are a good start.

Not to mention he matched wits with the big brains of the number 1 sports podcast. During Grit Week no less!

Daboll is also Canadian AKA hockey tough, put Buffalo winters that make the swirling winds of The Meadowlands seem like a balmy spring day in his back pocket as an offensive play caller, and is a bald guy with a beard which means he is a badass mamma jamma. 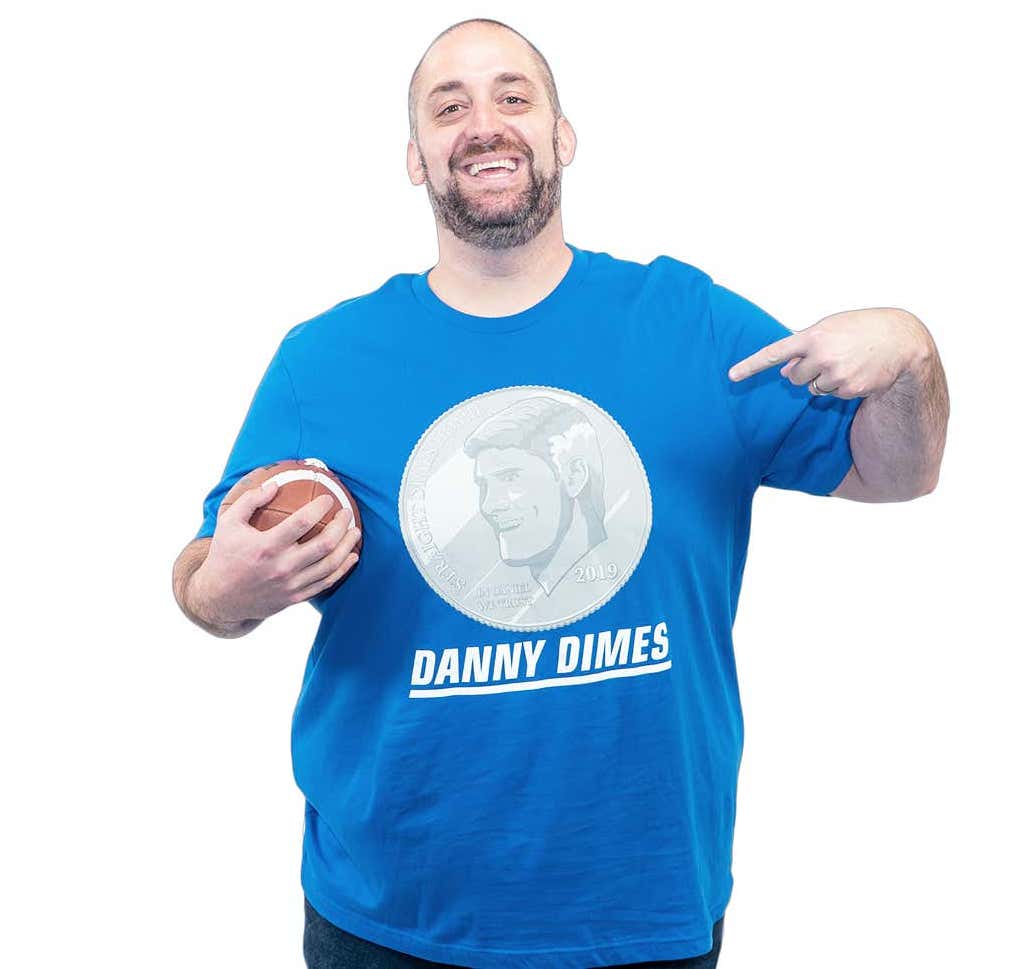 Alright, bad example. But at least he can't McAdoo us by slicking back his hair!

Now let's build a goddamn staff since as we just learned, an entire team can be murdered if one side of the ball is utter shit. This would be a good start since anybody that played on the 2001 Hurricanes is a legend in my mind.

As would the guy who had good defenses every year in Baltimore until the injury bug stopped running train on the running back room and moved on to the secondary room.

I would also be very happy if Patrick Graham came back as defensive coordinator but we'll see how that shakes out. All I'm asking is that the Giants are not ensured of a losing season by Halloween this year. Is that too much to ask?

UPDATE: Just put this together thanks to my guy Kevin in the Schoen Train Hype Group since the only thing Bills fans do better than tailgating shenanigans is getting involved in great charitable causes.