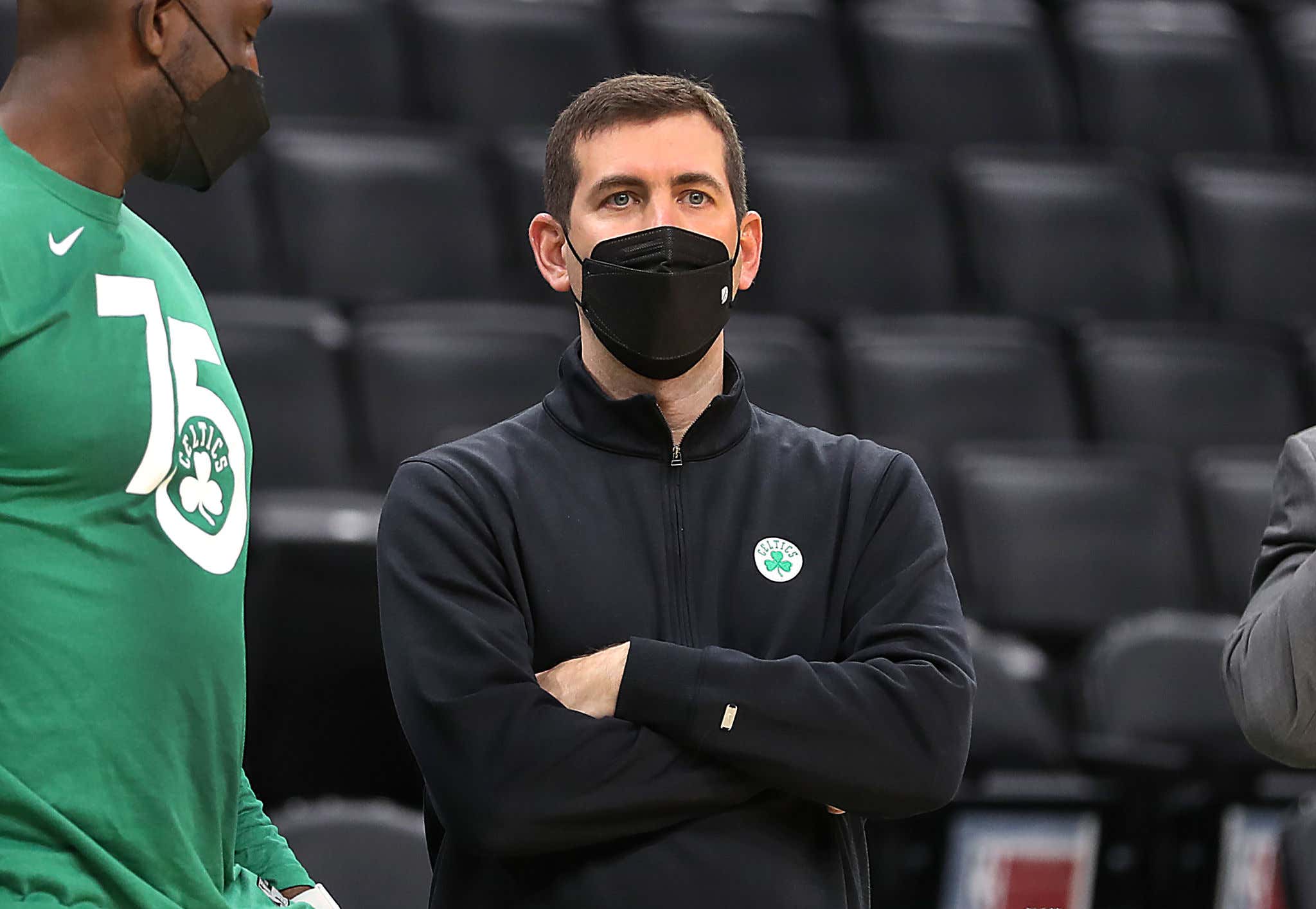 When it comes to the Boston Celtics, I advise you to live by one rule. Especially at this time of year when rumors are going to be flying and "sources" are going to posture for either side. It's hard to know what to put stock into and what's just hot air for RTs/clicks. That's why I follow one rule now the same way I did during the Danny Ainge era.

When Steve Bullpet speaks, you listen.

Few basketball reporters are as plugged into how the Celts think and operate more than Steve Bullpet. Not Shams, not Woj. It's always been Bulpett. He's been the guy for essentially all of our entire lives when he wrote for the Herald. He was Ainge's guy, and now that he's back in the business chances are he has a similar relationship with Brad and this current era of decision makers. I bring this up because Bulpett has spoken

Everyone wants to try and know what Brad is going to do. ESPN will not stop until they split up Jayson Tatum and Jaylen Brown. Will he trade Smart or Rob? Well, coming from a guy who is very much not in the business of going viral on Twitter or is one to throw out rather insane hot takes, I found this part of Bulpett's report to be rather interesting

According to Heavy.com sources, there has been understandable frustration with the club’s inconsistencies, not only from game to game, but from quarter to quarter. Devolving into isolation ball on offense and failing to get back in transition on defense have been just some of the issues that have left the Celts at 24-24.

At this stage, sources are indicating that first-year head of basketball operations Brad Stevens is at the very least looking to unload some salary cap burden (as he did in moving Juancho Hernangomez last week) and clear a path for Payton Pritchard, Aaron Nesmith and Romeo Langford to get more playing time.

The first two of the latter trio were essentially buried when the Celtics acquired Schroder and Richardson in the offseason. The idea was to get more experience around Tatum and Brown, and the vets have had some very good games. But, for many reasons, the mix hasn’t yet worked to a satisfactory extent. Much can be attributed to poor execution, but there is clearly a need for the kind of shooting the young three have shown in flashes.

If you want to talk about a potential path, there it is. The Dennis part isn't all that surprising given his contract situation. I think we all know he's on borrowed time, and that's probably something both sides knew going into this season when he first signed that $5.9M deal. He was a hired gun who would have an opportunity to showcase his talent, and wasn't going to be part of the future. The JRich part I found interesting though. We know Tatum loves him, and he's had a pretty solid bounce back season and is currently playing a legit two way role. There's probably some value in that for teams across the league that are looking for perimeter two way help.

The big thing here though is Brad knows what we all know. The team needs shooting, and to do that, you should probably play your better shooters. That doesn't mean the Dennis/JRich pieces can't also bring in a more proven and consistent shooter, but Brad has seen enough to know that he has to help Ime from himself and over-relying on vets. You also can't rule out that giving those guys more consistent run brings the chance that they play well and have a better market come the offseason. It also wouldn't shock me if Brad picked one of the Nesmith/Romeo tandem to pair with a JRich/Dennis. That makes things easier on Ime in terms of finding rotation minutes for those young kids, if that is in fact the plan.

There may be some interest in seeing how they and primary subs Grant Williams, Josh Richardson and Dennis Schroder can function over the next two weeks. But riding it out with that rotation would require a large change in the Celtics’ stance as it has developed over the last two months.

Bulpett is basically telling us that yeah, maybe there are signs that this could work with the reserve rotation as is and mixing it with the normal starters, but that is not how Brad and the front office are thinking. Perhaps it makes sense to sell high on those pieces and shift course. The Celts have ways to do that and maintain future flexibility. A large part of that plan is the actual return you get for those players. Would Brad do it if it only brought back low 1sts? That's the question. If the plan is to be OK with taking a potential step back talent wise in order to truly see what the young kids can do with extended run, the return isn't all that important. If the plan is this team needs shooting, I would like to move those pieces for a guy that can shoot, as well as increase the rotation minutes of the shooters already on the roster. I think you can do both.

The bottom line is, they can't sit and do nothing. That ship has sailed and it would be a mismanagement of the assets they currently own. It also doesn't have to be a blockbuster to make a difference. I think you owe it to Tatum and Brown to see what moves like this make do so you can know for sure by the time you get to the offseason. At that time situations change around the league, perhaps teams are more open than they might be currently, and if you have to make a tough decision, you can do so with confidence.