I went down a bit of a Mason Ramsey spiral last night.

It all began when I was scrolling TikTok in bed (when I should have been blogging or cleaning baby bottles or getting my life together) and I stumbled upon this little post that's been racking up millions of views:

First off, did not need the shade towards Mason at the start of that.. but could it be? Is the infamous yodelin' superstar #back? The crooner who hit 25M+ views in a matter of days after gracing us with a love song in an Illinois Walmart back in 2018? And with a new tune that immediately wedged itself deep into the crevices of my mostly smooth brain?

Before I knew it, I was holdin' all the doors, holdin' your hand
Gettin' off of work just as fast as I can
Callin' you up, askin' what you're doin'
Girl, before I knew it

Like any normal, mentally stable 30-something adult I rushed over to his personal TikTok and was not disappointed.. Though I got whiplash from the suddenness with which his message ended, he did appear to be active again after a social media hiatus, and furthermore he was now not only a musical artist but a sandwich artist to boot:

"Hey guys, just wanted to say thanks for the support on my song 'Before I Knew It'. Umm… I've been working at Subway for about a year now, ah, and everything is going really great."

I played his new song a few more times & as it sounded catchier and catchier I felt inspired to make my own TikTok that showed my support.

Important note: My own version has already racked up a mind-blowing 75 'likes' and about 1,000 comments across all platforms from the vegan cross fit enthusiasts of the state pride world, Texans, informing me I got the flag wrong.

But wait… Among those comments was one that gave me pause…

Boy was my face red. I'd done all these posts about how excited I was that Mason had returned with a new song and it wasn't new at all. Turns out it's one of those situations where TikTok brought an old song back to life, sort of like how Fleetwood Mac's Rumours album landed back on the Billboard Top 100 after over 40 years because of the cranberry juice skateboard guy.

Though it hasn't been several decades, it appears Mason went totally radio silent for about a year to enjoy being a kid, focus on school & chill out for a bit. Love to see it.

And now thanks to TikTok reviving 2019's "Before I Knew It", he's back with the same old swagger. I'm glad to see he's got a sense of humor & doesn't seem to mind folks roasting his music or current place of employment. Seems like a down to Earth, normal teenager who would not charge you extra for a cup of sweet onion teriyaki sauce no matter what the policy was.

On one last personal note to continue making this about me, when Pardon My Take interviewed him at the height of Mason Ramsey hysteria it was during the Barstool Super Bowl bus tour Nashville stop. Despite being starstruck I didn't want to crowd the bus or weird anyone out, so I was hanging out on the street when a bunch of Stoolies came out from their AirBnB and gave me a trash bag full of liquor. I've considered Ramsey good luck for me & wished good vibes upon him ever since, which is partially why I'm so invested in all this. 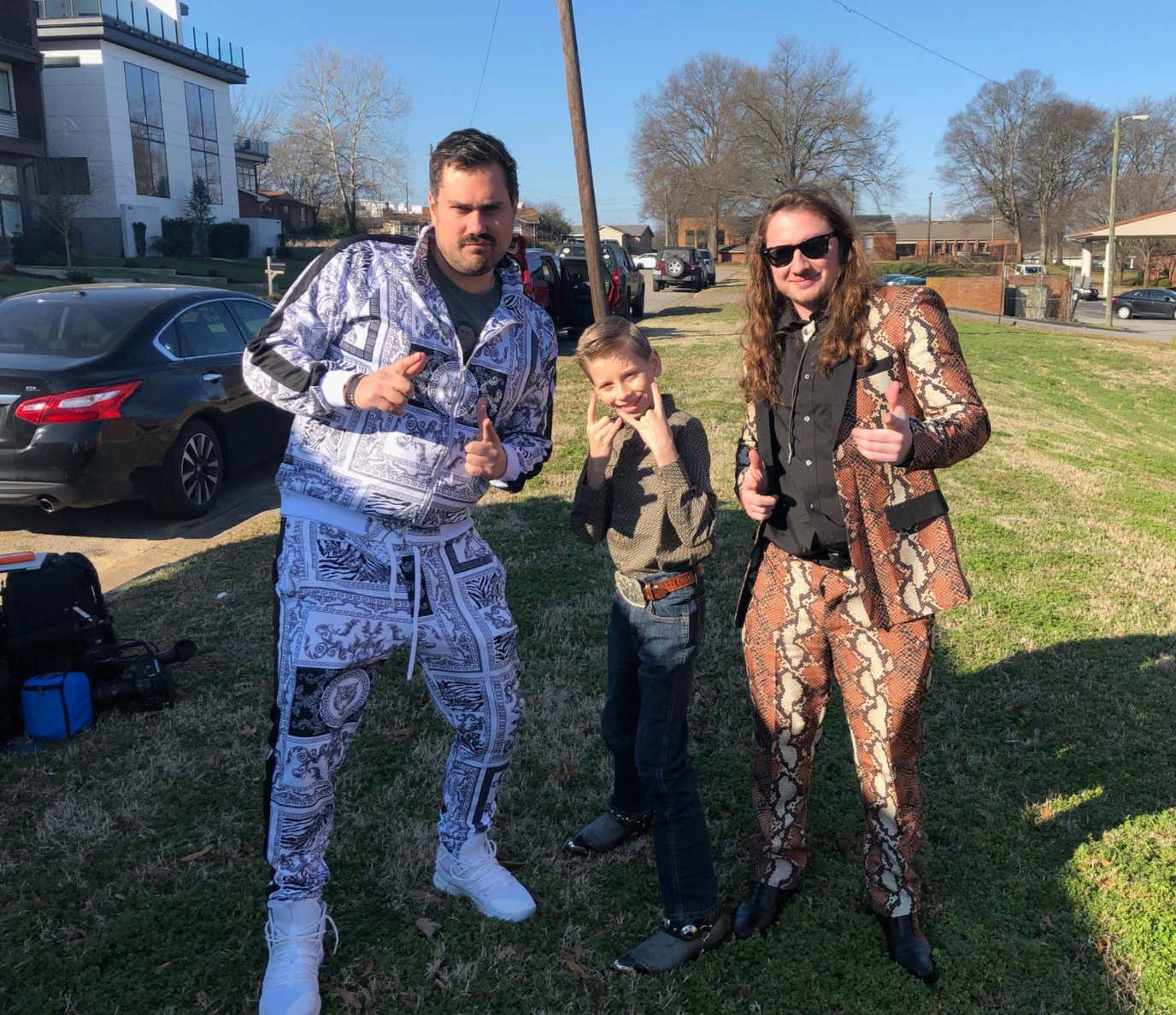 So welcome back, pardner. Interested to see if this will spark any truly new music or content from the yodeling GOAT. Either way glad to see he's doing well.