I thought I had been watching football for my entire life. Turns out I was wrong. Whatever I have been watching every Sunday as a fan of the Redskins/WFT has not been football. It's similar, sure. It's in the same professional league as the rest of the teams, of course. But last night showed how different the game is when you have a stud QB. You're never out of it. The things a great QB is able to do compared to what an average QB is able to do is like the difference between an ape and a human. Sure apes can peel bananas and do sign language, but you wouldn't trust it to build a skyscraper or drive your kid to school. That's the difference between this 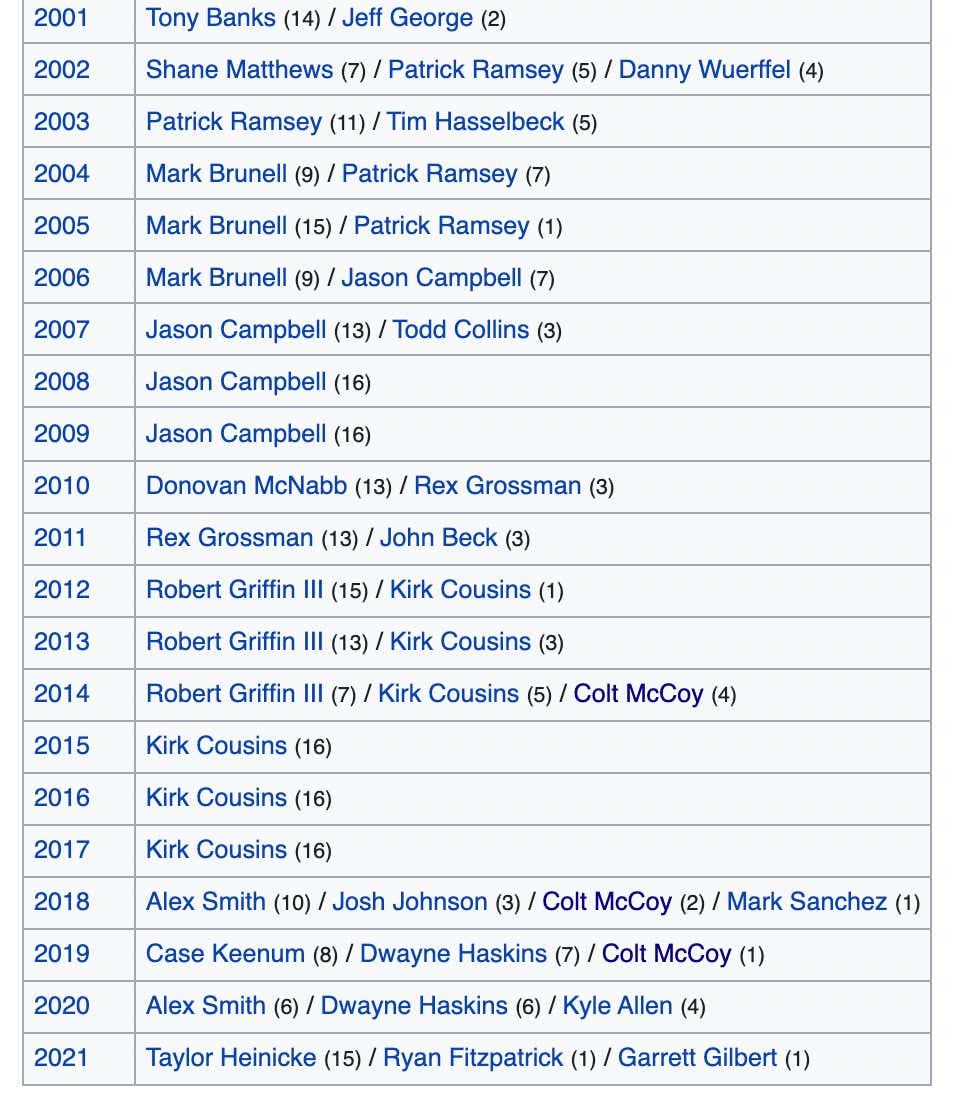 So what is even the point, ya know? We saw it with Brady and Stafford, and then we saw it with Allen and Mahomes- a good/great/amazing QB makes you. We saw the inverse with Tannehill- an average/below average/bad QB breaks you. And obviously this isn't new or groundbreaking, but it was never more clear than this weekend. The Titans were the 1 seed and it didn't matter because Joey B is better. The other game was Jimmy G beating Rodgers, but that's just what the Niners do, so whatever. There's always going to be outliers. But more or less, you cannot with in this league without a quarterback. I've seen it every year as long as I've been alive. The one year that was actually good? Of course, 2012, when RG3 lit the league on fire. He was incredible that season. If you ever want to kill time, watch his highlight tape from that season. We all remember what he could do with his legs, but his throws are INSANE. Next level type of talent. It's a shame what happened there, but an even bigger shame that we've had 1 season of great QB play in 20 years. ONE. Brunell was ok. Kirk was…Kirk. And Alex Smith did what he does. And that's it. That's our list of passable QBs. But could any of those quarterbacks on that list do what we saw last night? No chance (aside RG3 in 2012).

So enough drafting guards. Enough drafting project linebackers. It should be QB, QB, QB. Maybe the title is hyperbole saying in every round…but maybe it's not. Because until you have a QB, you have nothing. A rebuild doesn't take 5 years. The Bengals were 2-14 two seasons ago. A rebuild takes until you find your star quarterback, that's it. You need solid coaching too, you can't be Mike McCarthy. But the formula is there- get a stud QB, win games, repeat. I'd take a QB in the first round until the cows came home if I'm Washington. Corral or Pickett? Fuck it, why not both? Grab Carson Strong too. One of em' gotta become this guy, right?

And if not, we just do it again the next year. And the next. And the next. There's hardly a point of even rooting for a football team if you are deciding between Kyle Allen and Taylor Heinicke. And I love Heinicke. But it just is what it is. We need a QB, and have for 30 years. If we don't draft one in the first round (or trade for a Russ Wilson type of dude), we riot. Or…nah we don't even riot. That takes effort that Dan Snyder isn't worth. But this offseason is QB or bust, and there's no other option.