Another miserable week last week, with the favorites running wild. Went 2-4 making us 47-50 on the season.

I'm determined to finish the year out over .500 and love the board today so feeling really good about these plays.

Would have fucking LOVED to get this line where it opened, at 2.5, but still like it at 4.

As everybody knows, Derrick Henry returns today, not that Tennessee struggled that bad without him.

The Bengals on the other hand, lost a key piece of the defensive line with Larry Ogunjobi's injury.

Cincinnati's pressure rate drops nine points to 26% when Ogunjobi isn't on the field, so Ryan Tannehill should have time to throw to his receivers.

The Titans' defense can get consistent pressure without blitzing, and I think they have a major edge against the Bengals' offensive line.

Getting Derrick Henry back against a Bengals team that allowed 7.4 yards per carry to the Raiders last week is a boost, especially coupled with the A.J. Brown and Julio Jones being active. The Titans are healthy, rested and home. Joe Burrow has been incredible lately, but I think Tennessee can limit his big plays with Ja'Marr Chase and pull away in the second half.

This Titans team is battle-tested with eight wins over winning teams, and with Mike Vrabel's excellent track record on long rest (8-0 SU and ATS), the Titans are the play. 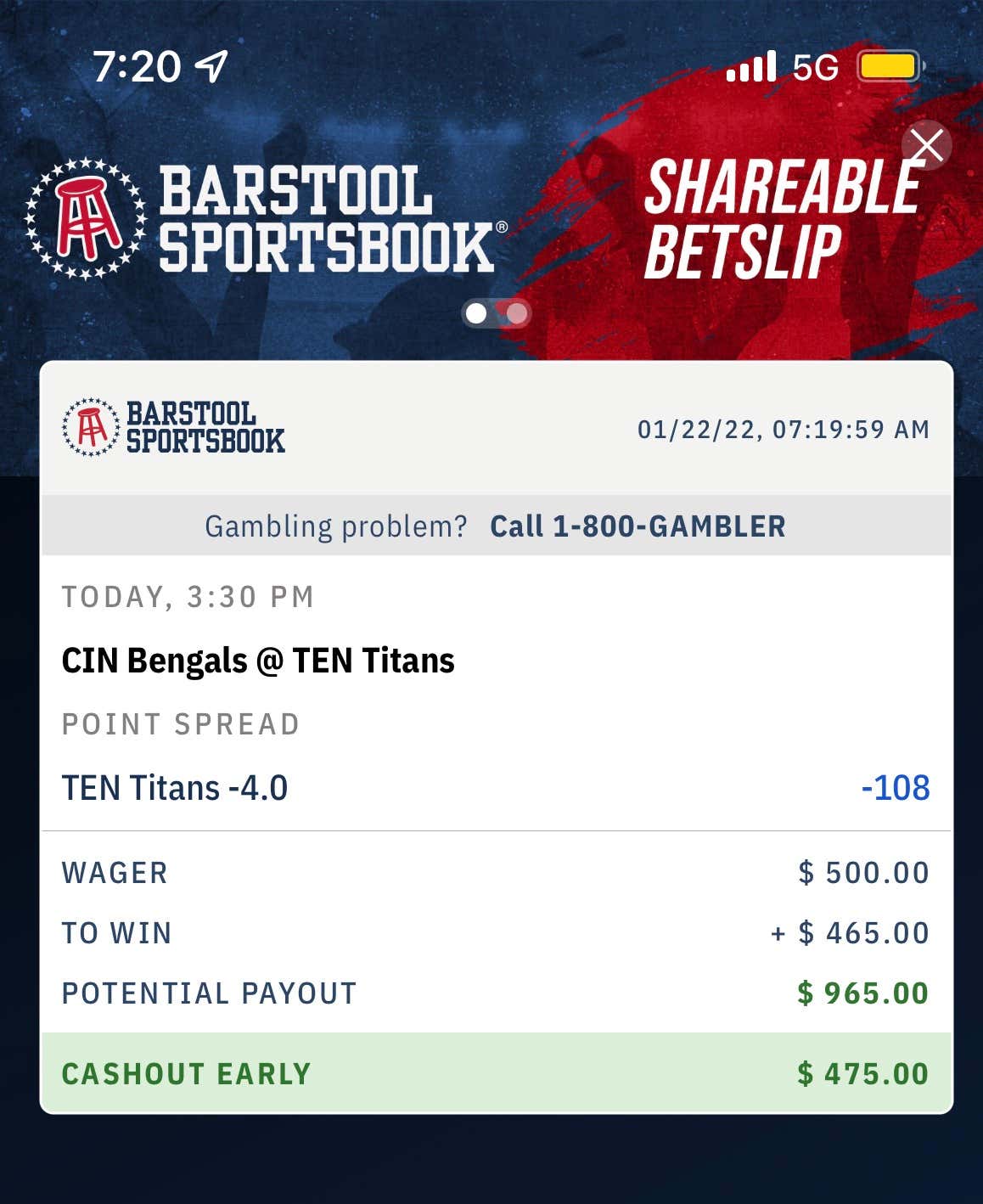 The last time the Packers faced an elite ground game, they surrendered 219 rushing yards to the Browns at Lambeau Field and failed to cover in a narrow win.

But I’m hopping off the 49ers trolley I've been riding at Green Bay, where the Packers are 8-0 this season.

Kyle Shanahan just can't be trusted to do what it will take to win this game- run the ball, eat the clock, and limit Aaron Rodger's possessions.

The concerns about Pretty Jimmy Garoppolo’s shoulder and his thumb after an errant throw almost cost them the game last week at Dallas are real.

I think the Packers start fast and put Pretty Jimmy G at a disadvantage of having to come back. 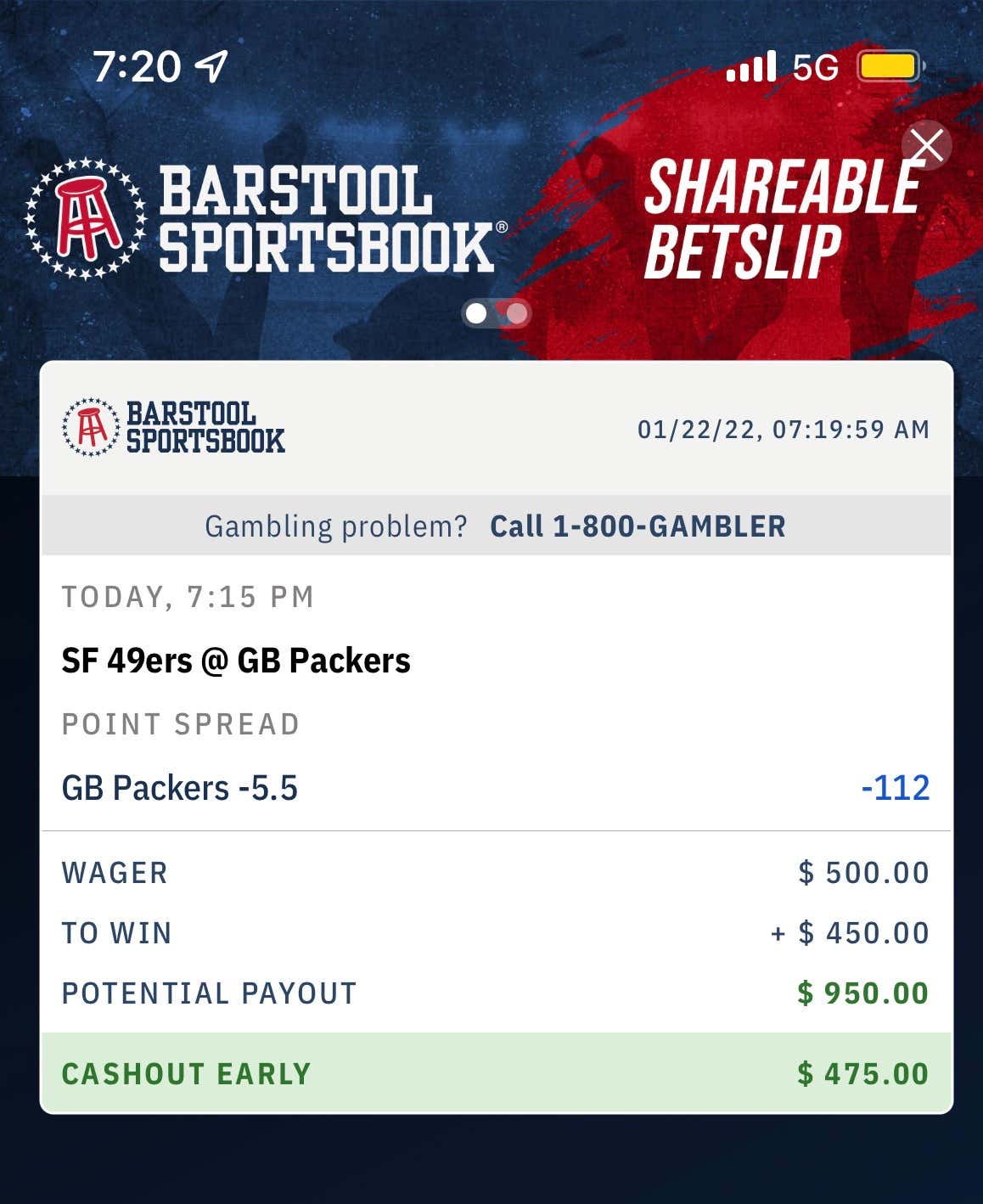 All I need to know in this is we've got rock-solid Tom Brady (at home) vs. very up and down Matthew Stafford in a big game.

The Rams ran the ball all over the Cardinals, but they'll now face a Bucs rush defense that showed up in a big way against the Eagles. Matthew Stafford will have to make some plays in this game to advance, but he's been an enigma for much of the year, throwing four pick-sixes and eight interceptions in all on his side of the field. The Rams rolled in the first meeting between these teams, but the Bucs are stronger in the secondary this time around, particularly if Sean Murphy-Bunting can play.

The Rams are 2-5 ATS in their past seven vs. teams with a winning record. And don't forget they are on a short week plus traveling across country. Sometimes the little things add up. 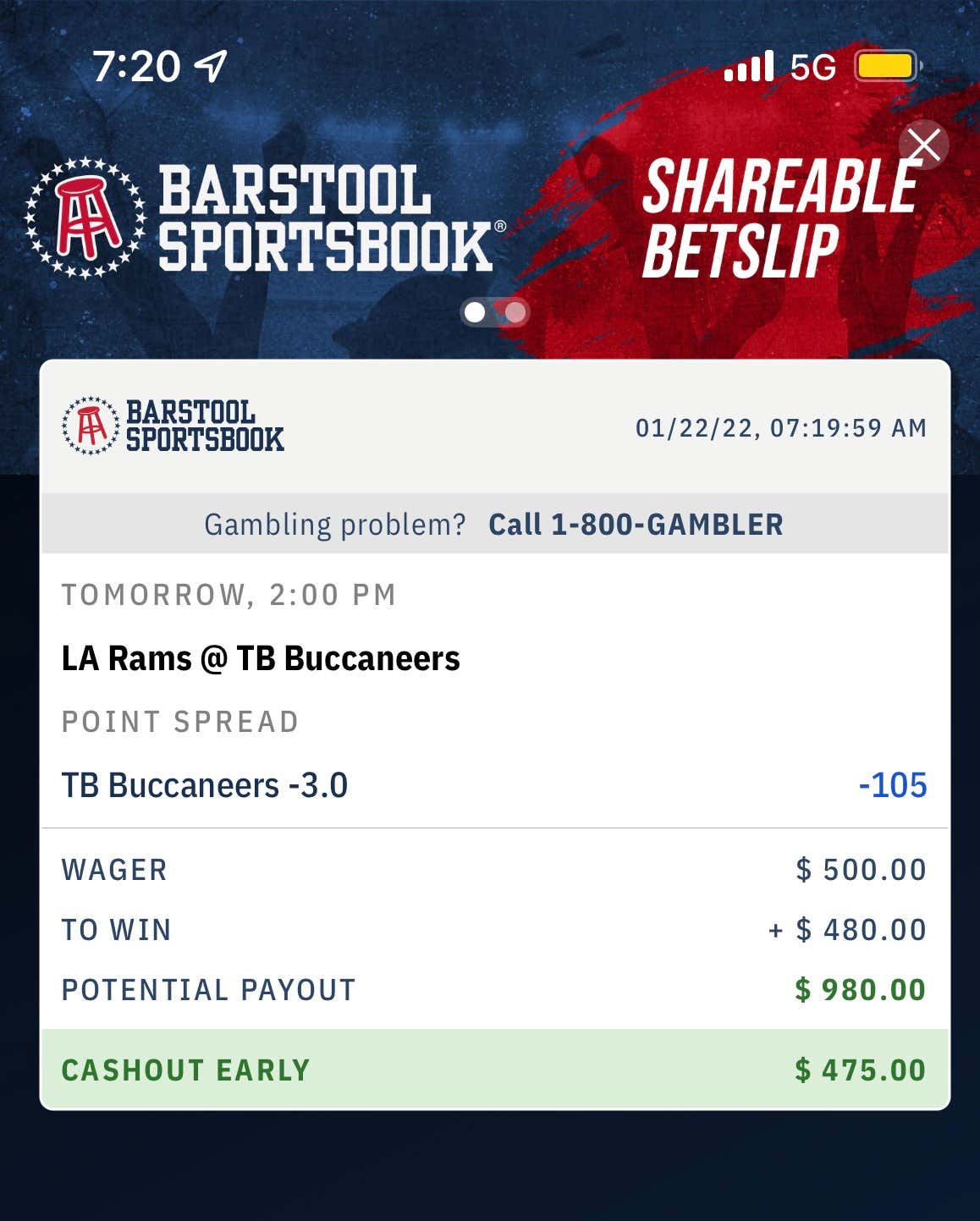 The public is heavily betting Kansas City in this one. And why not?

They're at home at Arrowhead, one of the toughest places to play on the road in sports.

But nobody circles the wagon like the Buffalo Bills, and nobody should want to play them right now after they absolutely dismantled the New England Patriots last weekend.

Buffalo is on fire right now. Their offense has become more balanced and the defense, which finished the regular season with the fewest yards allowed and points scored, has created at least one turnover in 4 of the last 5.

Kansas City easily beat up on the Steelers in the wild-card round. But they did come out extremely flat and weren't able to score in the 1st qtr.

If Buffalo can jump out in front early, I expect their defense to hold on as Josh Allen puts up another eye-popping stat sheet day. 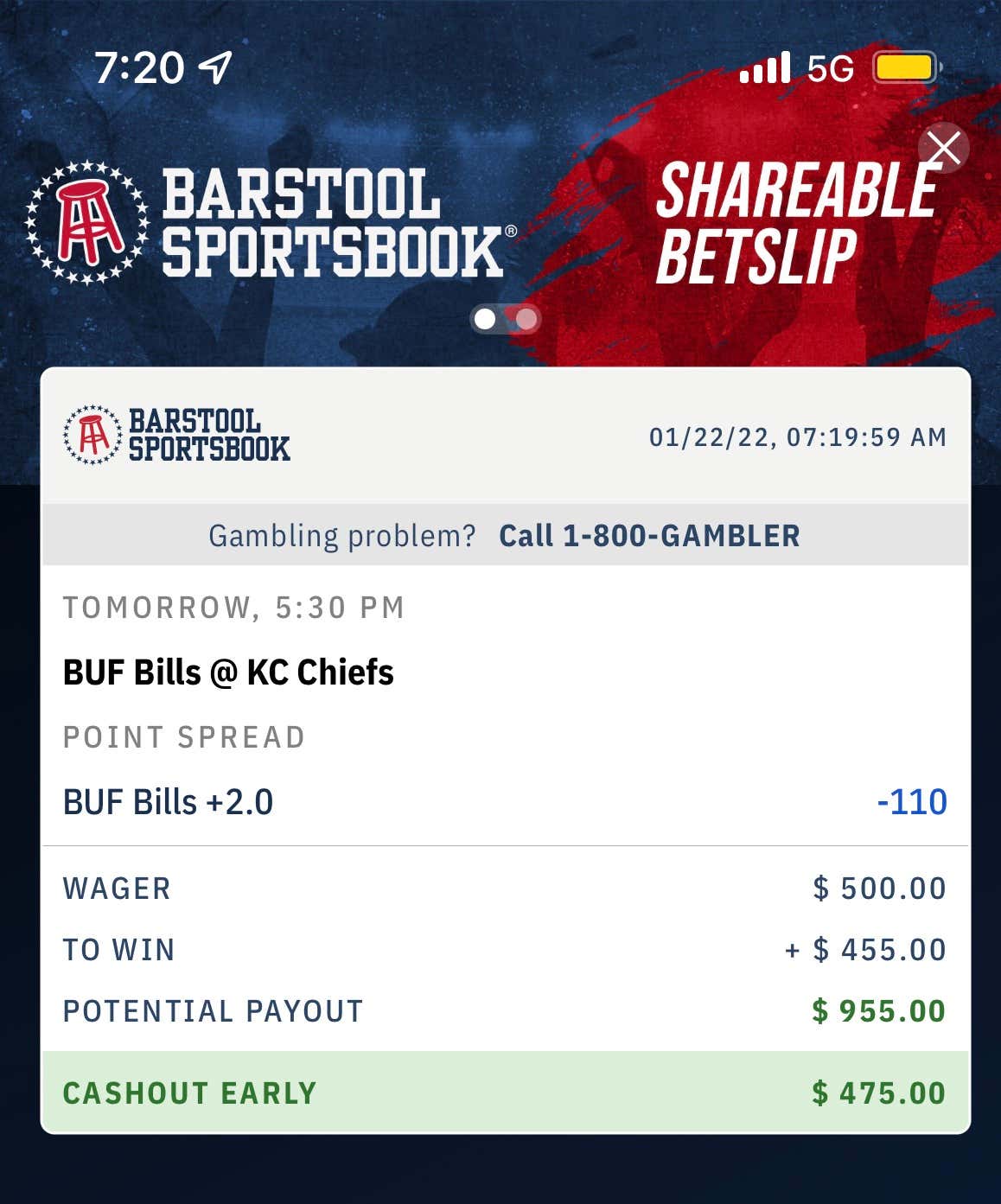 LET ME THE BOY WATCH